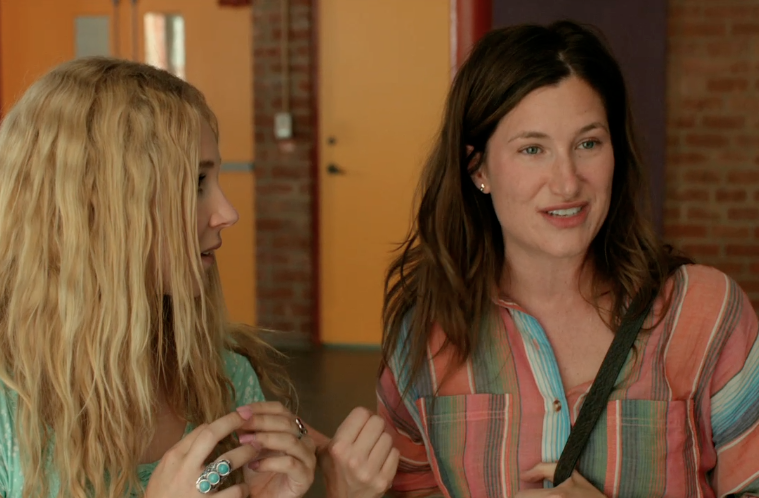 After making us laugh in such films as Step Brothers and Wanderlust, Kathryn Hahn finally got her much-deserved lead role in Afternoon Delight, a drama which had its premiere earlier this year at Sundance Film Festival. Coming from Jill Soloway (who produced Six Feet Under and United States of Tara), the first trailer has now arrived today.

Featuring Hahn as a housewife who is having sex trouble with her husband (played by How I Met Your Mother‘s Josh Radnor), she decides to spark things up by visiting a strip club. She then decides to befriend a stripper (Juno Temple) she meets there, which (shockingly!) disturbs her family life. The buzz out of Park City was mostly strong, so we’re looking forward to this one landing later this summer. Check it out below for the film also starring Jessica St. Clair, Michaela Watkins, Josh Stamberg and Jane Lynch.

AFTERNOON DELIGHT is the story of Rachel, a stay-at-home mom who becomes obsessed with saving a stripper named McKenna. Rachel is a quick-witted and lovable, yet tightly coiled, thirty-something steeped in the creative class of Los Angeles’s bohemian, affluent Silver Lake neighborhood. Everything looks just right—chic modernist home, successful husband, adorable child, hipster wardrobe. But when she visits a strip club to spice up her marriage and gets a private dance from McKenna, something cracks open. Rachel returns to the scene of the dance to get to know McKenna, and soon after, adopt her as a live-in nanny. This bold move unleashes unimagined and colorful waves of change into Rachel’s life, marriage and community.