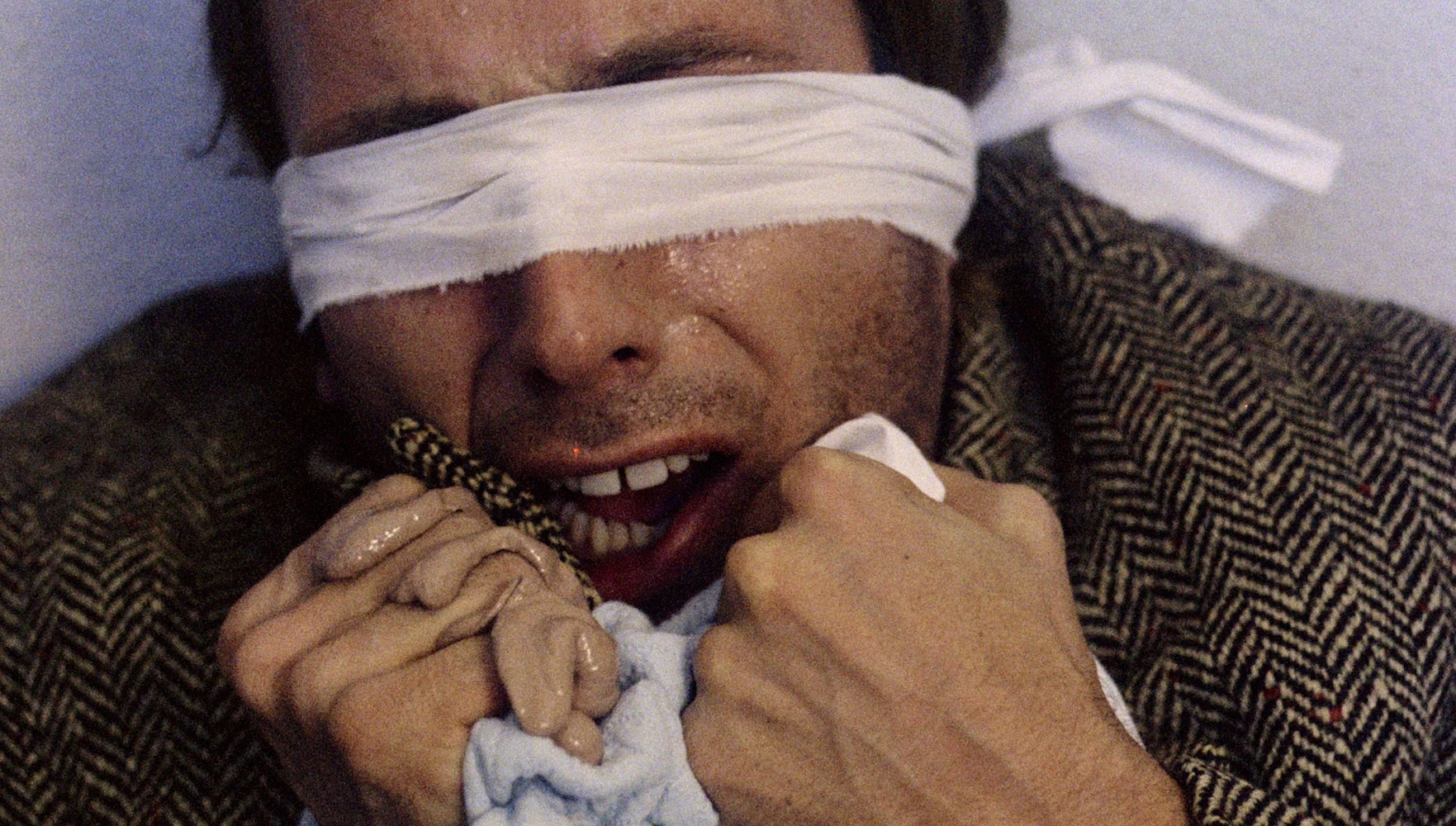 For years I’ve been haunted by Arrebato, though my memory of it is hardly concrete. I saw Iván Zulueta’s cult masterpiece on a battered print at Anthology Film Archives—the kind of print that at any moment could burn up à la Two-Lane Blacktop or spin out of the projector. Which, of course, would’ve befit its hugely evil vibes.

Less a film experience than shocked memory, Arrebato is not the film I’d expect to see upgraded—let alone a 4K restoration that looks absolutely fantastic. But Altered Innocence will release a new 35mm print, at Anthology, on October 1 and at LA’s Nuart on October 8, a Pedro Almodóvar approval in tow.