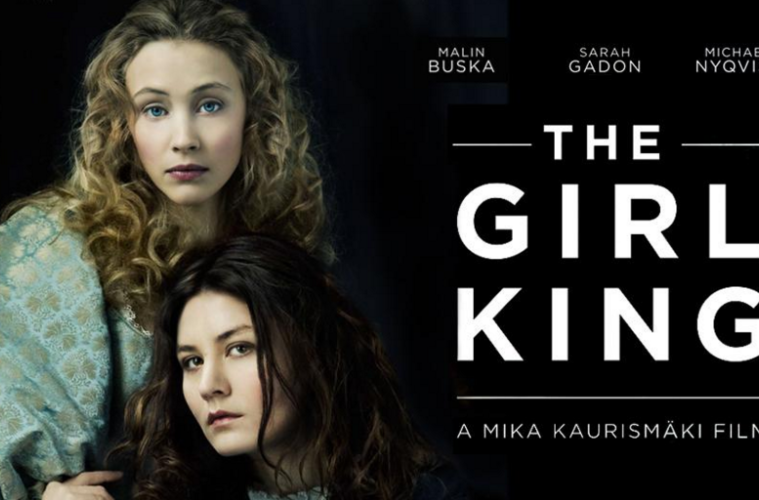 Mika Kaurismäki has had a long film career, but he still may be best known to film fans in the shadow of his brother, Aki Kaurismäki (Le Havre). The Girl King, his next film, may change that reputation though given the pedigree of both the cast and writers, and its possibility to tell the story of a feminist icon and eccentric historical footnote.

Written by Michel Marc Bouchard, who most recently adapted Xavier Dolan’s Tom at the Farm, and starring Michael Nyqvist, Sarah Gadon, and stateside unknown Malin Buska in the lead role, The Girl King, is the story of Christina of Sweden.

Ruler of Sweden for eighteen years in the 17th century beginning at age 6, Christina worked to modernize Sweden against the wishes of a conservative country. She was a cultural revolutionary who prided herself on various forms of sexual and gender ambiguity, and views that could be considered proto-feminist.

To give a sense of the spectrum, stories of Christina have presented her as everything from transgender to asexual, but this ambiguity has often been a factor in her character. She also has a rich cinematic history, being played by venerated actresses like Greta Garbo and Liv Ullmann.

The Girl King is the latest interpretation of Christina’s life, and we now have our first trailer. From the first line, it seems that her non-conformist sense of self will be underlined as Nyvqvist says, “Your first cry was so deep, we thought it was a long awaited prince.”

The trailer is more of a tease than a concrete narrative, but it does give a look at the elaborate pageantry of the Swedish royalty (ruff collars everywhere!), the handsome cinematography, and the burgeoning sexual exploration of Christina. Bouchard’s writing should feel particularly at home in this story of mediated sexuality. Take a look at the international trailer below.

THE GIRL KING paints a portrait of the brilliant, extravagant Kristina of Sweden, queen from age six, who fights the conservative forces that are against her ideas to modernize Sweden and who have no tolerance for her awakening sexuality.

The Girl King was acquired by Wolfe Releasing for theatrical release and VOD earlier this year, but it does not yet have a US release date.