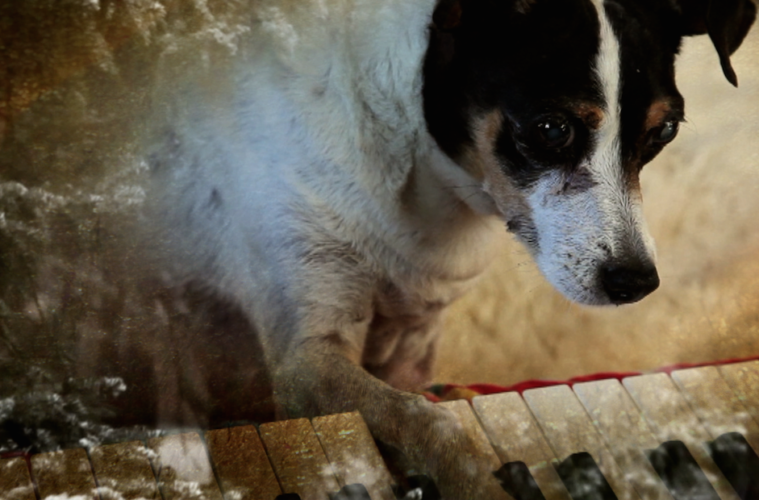 Trailer For Laurie Anderson’s Intimate Documentary ‘Heart of a Dog’

After playing at Venice, Telluride, Toronto and New York Film Festivals, the new documentary from artist Laurie Anderson will arrive in theaters perhaps sooner than expected. Heart of the Dog, ahead of screening on HBO next year, will get a limited release in a few weeks and today brings the first trailer. Dedicated to her late husband Lou Reed, it looks to be a deeply intimate exploration of her life as she processes it through the life of her canine.

We were mixed at Venice, saying in our review, “Heart of a Dog seems to be tackling these things a little lightly. Anderson cuts from a green-filtered GoPro on Lolabelle (dogs are said to see in shades of yellow and green, don’t you know) to a green CCTV screen. She begins to ponder these contemporary issues of privacy, data collection and the NSA but the film (at a sprightly 75 minutes) never really spends a great deal of time on anything. At its best, it’s a charming eulogy to an old friend, with Anderson skipping between formats with wit and grace, meditating on death and what it might be like to be a dog. We see Lolabelle’s daily walk, the neighbors she meets, and her YouTube-ready skills on the piano-pop tunes, Christmas numbers and more experimental stuff. At its worst, it is the detached life lessons of someone who has, frankly, spent the majority of her life in the art scene’s upper echelons.”

Acclaimed musician and performance artist Laurie Anderson presents her meditation on love and death as relates to her dog in this playful, lucid and heartbreaking nonfiction feature. Dedicated to Anderson’s late husband Lou Reed (who floats almost unseen throughout), Heart Of A Dog takes as a jumping off point the recent passing of Anderson’s beloved terrier Lolabelle. Touching on what her love for her dog means to her by processing her childhood, music, and her life as an artist, Anderson draws upon her childhood experiences and political beliefs as she lovingly tries to help Lolabelle’s spirit face the immediate tribulations it will experience immediately after death. Aided by a beautiful use of her own compositions, animation and 8 millimeter film from her family archive, Anderson creates a gorgeous tapestry on love and loss – reminding us that every love story is a ghost story.

Heart of a Dog opens on October 21st and airs on HBO early next year.