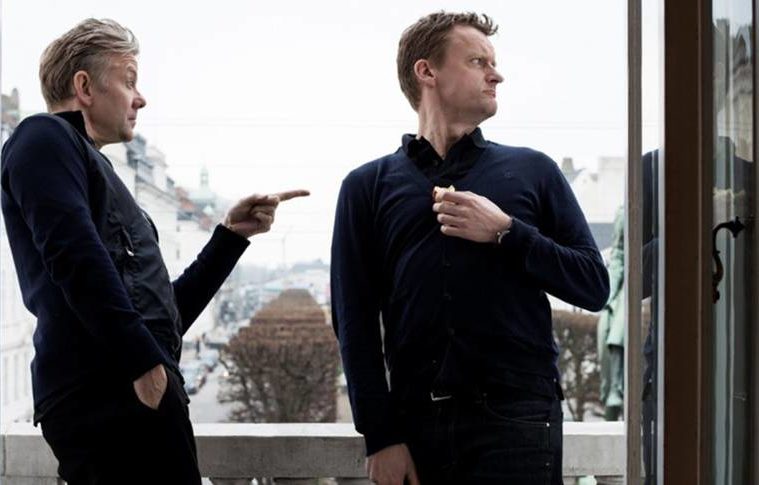 If you’ve yet to see the Danish comedy Klown, make some evening plans to rectify that. Imagine a mix of Curb Your Enthusiasm‘s social-disaster situations filtered through the dark humor of Danish comedy (some of Lars von Trier’s funnier moments aren’t an inaccurate picture), all pitched at a level of crudeness that shocks without ever seeming to try too hard. The film is so funny, in fact, that I’m willing to overlook whatever (rightfully) terrible reputation is attached to comedy sequels and get excited about Klovn Forever, a follow-up from the original team of director Mikkel Nørgaard and writers / stars Frank Hvam and Casper Christensen.

While it doesn’t yet have a U.S. release or distributor (here’s hoping Drafthouse Films will be back), the film will arrive in Danish theaters this September, with a release to soon follow in Ireland. Ahead of this is a subtitled trailer that promises a transplant to the United States and, otherwise, many similar antics. If this preview is any proper indication, it’s also to a similar comedic effect — just about the most I can even ask of this project.

Watch the preview below (to enable subtitles, add closed captioning and translate to your preferred language), along with a clip: