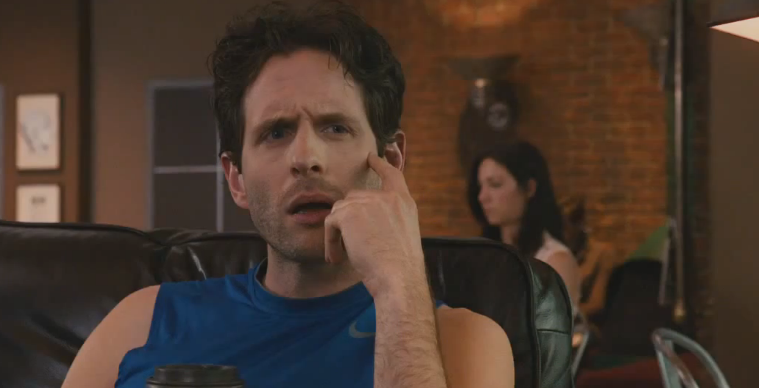 After establishing their particular brand of original web videos, CollegeHumor are venturing into the feature-length film medium for the first time with a comedy titled Coffee Town. We reported on the project early last year, one that comes from Arrested Development writer/producer Brad Copeland, and now the first trailer has arrived ahead of a summer release.

Starring the funny group of It’s Always Sunny in Philadelphia star Glenn Howerton, Eastbound & Down’s Steve Little, Parks & Recreations‘ Ben Schwartz and musician Josh Groban (who last appeared in Crazy, Stupid, Love), it features the quartet interacting at their local coffee spot. While the internet company is clearly working with a small budget, it’s a fairly entertaining trailer and one can see it below along with the poster for the film also starring Adrianne Palicki.

The first feature film from comedy leaders CollegeHumor, Coffee Town is an updated workplace comedy for the generation that works out of coffee shops. Will (Glenn Howerton) is a 30-something website manager who uses a local café, Coffee Town, as his office. When the owners of the shop discuss plans to convert Coffee Town into a bar, Will enlists the help of his two best friends Chad and Gino (Steve Little and Ben Schwartz) to save his freeloading existence. In order to thwart the plans of Coffee Town’s owners, the trio stages a robbery to create the illusion of an unsafe neighborhood not suitable for the proposed venue. Also standing in their way is Sam (Josh Groban), a disgruntled barista with delusions of rock star grandeur, and Will’s heartache over unrequited love for Becca (Adrianne Palicki). Written and directed by Brad Copeland.