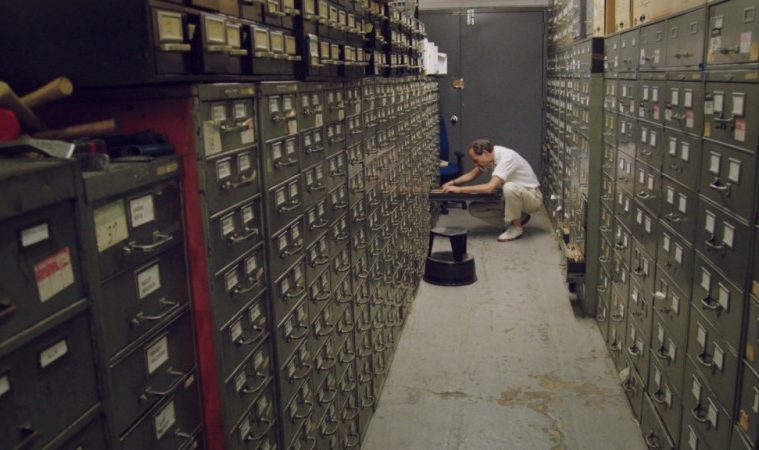 There’s the old saying that you die twice: once when your physical body expires and then when the last person remembers you. For the Obituary desk at the New York Times, their job is memorialize those that have passed, and now their process is captured in a new documentary. Ahead of a release later this month courtesy of Kino Lorber, the trailer has now arrived for Obit.

Vanessa Gould’s acclaimed documentary sets out to depict the craft of obituary writing from the writers’ perspective, with the goal of breaking down the negative stereotype normally depicted about the job. Normally, the average person would expect that writing about the deceased would be a miserable job. But this new film wants to reverse that perception, and show that the writers enjoy their work. “Obits have next to nothing to do with death, and in fact absolutely everything to do with the life,” the preview tells us.

It’s a shame no one wants to talk to them at parties, because obituary writers are a surprisingly funny bunch. Ten hours before newspapers hit neighborhood doorsteps—and these days, ten minutes before news hits the web—an obit writer is racing against deadline to sum up a long and newsworthy life in under 1000 words. The details of these lives are then deposited into the cultural memory amid the daily beat of war, politics, and football scores.

Obit. is the first documentary to explore the world of these writers and their subjects, focusing on the legendary team at The New York Times, who approach their daily work with journalistic rigor and narrative flair. Going beyond the byline and into the minds of those chronicling life after death on the freshly inked front lines of history, the film invites some of the most essential questions we ask ourselves about life, memory, and the inevitable passage of time. What do we choose to remember? What never dies?