Top of the Heap: An Unheralded Blaxploitation Movie That Shatters the American Dream 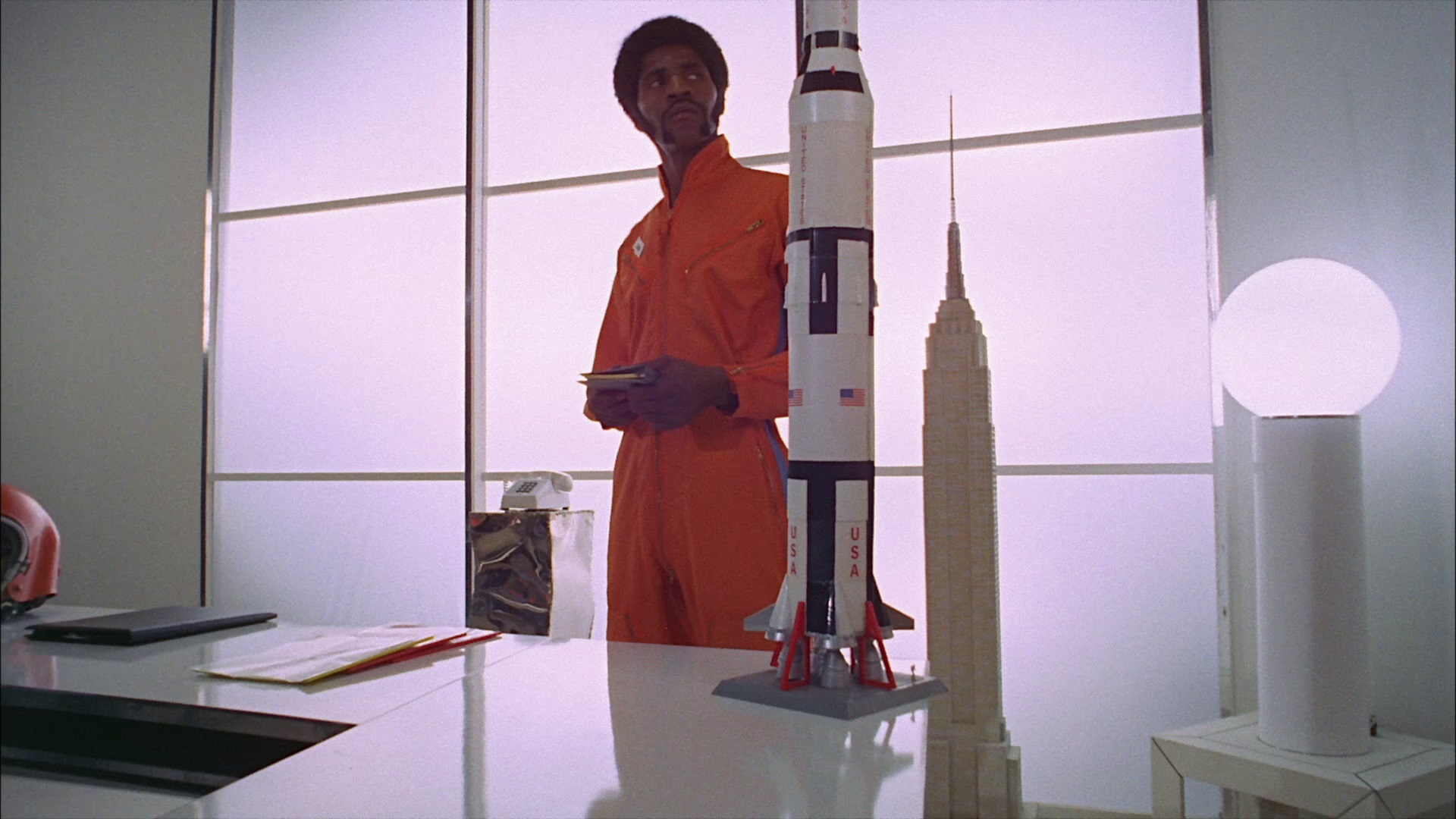 Perhaps it is fate that an early era Blaxploitation, anti-capitalist film about an off-the-rails, pot-smoking cop who starts to mentally deteriorate because of racism from white officers on the force and insults from Black people he’s arresting, barely had its chance to reach an audience. Written, directed, and produced by its star Christopher St. John, 1972’s Top of the Heap is a tragic story of a Black artist struggling to create a singular vision in a Hollywood system dominated by white voices.

Although featuring what one would expect to see in any film labeled “Blaxploitation,” Top of the Heap takes a very different approach to the subgenre. It’s a story about Black trauma, angst, and disillusionment with the American dream and a middle finger to the expectations of the subgenre it wishes to subvert. It’s a surreal and violent cocktail made with the ingredients of Abel Ferrara, Melvin Van Peebles, and Martin Scorsese.

George Lattimer (St. John) is a cop forced to confront racism in his department where his  police captain egregiously passes over him for a promotion as he meanwhile faces daily slurs from Black dope dealers he’s forced to bust who call him “N**** cop.” This volatile concoction of conflicts also begins to seep into his home life as his wife Viola (Florence St. Peter) berates him for being a part of a racist and violent system. His only escape from the stress at home is his beatnik mistress Black Chick (Paula Kelly) who he gets high with.

The doubling of trauma that comes from both anger and repression at home and in the streets starts to weigh on Lattimer––especially the damage of being targeted by white officers when he is not in uniform. That weight sows the seeds of distrust when he goes back to work the next day. This suspicion comes to a head as Lattimer is trying to arrest a black man for threatening to shoot a bus driver. Lattimer, dressed in plain clothes, chases the man off the bus but then is apprehended by a white officer and held at gunpoint (the officer joyfully put the gun to his head), as he is assumed to be the criminal. It’s a painful reminder that even his fellow officers see him as just another Black face. The only cop to offer any hope is his partner Bobby (Leonard Krauss) who banters with Lattimer and brings him his wife’s cooking.

The real genius of St. John’s direction comes in the dream sequences. Throughout the film, Lattimer’s psychological deterioration manifests itself through vivid hallucinations that are rendered as a parallel universe. The main throughline to his attempted escape from the earth– an earth he no longer feels comfortable in as a Black man– are visions as a NASA astronaut. Together with his same real-life partner police captain, they all venture to the moon in these episodes, which are finely crafted and photographed given the budgetary constraints. And upon arrival, Lattimer is pushed out of the way by Bobby as he attempts to plant the American flag.

These illusions are complicated by a later reveal but they nonetheless serve as a way for St. John to discuss capitalism’s artifice––and specifically how he could be tricked into believing in the “American Dream” and becoming a hero. Even in his dreams where he’s celebrated as an astronaut and interviewed by the press, his accomplishments are tethered to his Blackness.

Top of the Heap would go on to have a complicated release. Premiering at the 22nd Berlin Film Festival to acclaim, it was in the running for the coveted Golden Bear award, but would lose out to Pier Paolo Pasolini’s The Canterbury Tales. The film would then be invited to show at the Cannes Film Festival, but the investors (Fanfare) and producers didn’t care for the film, St. John, or its message, and they decided to decline the invitation. Fanfare even cut pivotal dream scenes for its planned theatrical release.

In a 1973 interview with the Los Angeles Times, St. John said, “I guess they don’t think Black people have fantasies.” Even with aside from St. John’s notion, the film would barely see the light of day. Two of the writers––Larry Bischoff and Joe Greene––sued Fanfare upon release, claiming they were never given screenplay credits even though this was never proven and was disputed by St. John. So, instead of dealing with any legal trouble, they shelved the film less than a week into its limited theatrical run in New York City, not to be seen until recently. And St. John was subsequently labeled a pariah never having worked in the industry again.

St. John knew the trappings of Blaxploitation iconography––the pimps, hustlers, drug dealers, naked white women, shootouts, and fistfights. He understood the imagery necessary to sell his picture and to secure the financing, but he subverted the expectations that this particular genre was supposed to deliver. He hijacked these conventions to tell a tale of trauma that comes with being a Black man in a white world and being a cop during a time when anti-authority was part of the cultural zeitgeist. He also grasped the perception of a Black man being a cop and how that was going against your own race.

These inner conflicts drove his character mad and made him want to escape. And true to the tragic nature of the film and its production, the film unfortunately did not set the industry ablaze despite the commentary about capitalism’s dark shadow. Instead, it was shelved and St. John was never again given the opportunity to make another narrative feature. Top of The Heap, currently streaming on Amazon Prime, is worth seeking out not just for the excellent craftsmanship from an unheralded director––but because its perspective on politics and society ring even more true nearly half a century later.