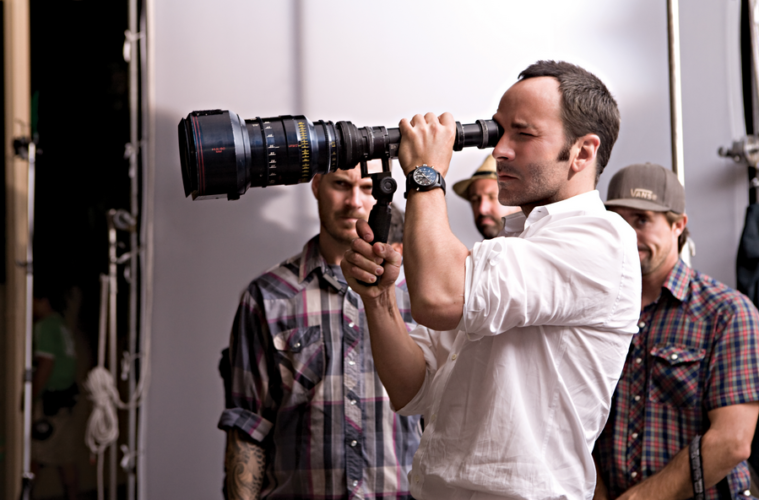 Update: The film will be an adaptation of Austin Wright‘s book Tony and Susan titled Nocturnal Animals, THR reports. Produced by George Clooney, it follows two stories, one of a woman who faces dark truths when reminiscing about her first marriage. The other story is found when the woman reads a manuscript from her ex-husband, which follows a man on a family vacation which turns deadly. Check out the original story below as we await casting.

After years of working in the fashion industry, back in 2009 Tom Ford jumped into the world of filmmaking with A Single Man. His visually stunning directorial debut proved to be one of the most accomplished films of its respective year, giving Colin Firth one of his best performances as a man who is dealing with the death of his lover. As each year ticks by, we’ve been waiting to hear when Ford would return to the medium and now we’ve finally got the first details.

Speaking with WWD, Ford confirms he’s finished a new screenplay last fall for an adaptation of a yet-to-be-revealed thriller novel and he’s already begun the early stages of casting. Discussing the major changes (including the title) he made to the acquired material he says, “A book is a book; a film is a film. They are totally different things. Sometimes things are subtle in a book because there’s an inner monologue with the character, and turning it into a film, you don’t have that inner monologue—unless you do, which I don’t love.…You have to have something personal; you have to take what speaks to you about a book and amplify that. It’s impressionism, in a way.”

Said to be a two-part film, plans are now in the works to shoot during the fall, specifically in his open window from mid-September through December. However, he says it’ll only take six weeks to complete. As we await more details on casting and, well, everything else, check out the trailer for A Single Man below. One can also watch the full film on Netflix, an experience we highly recommend if you have yet to do so.

Are you looking forward to Ford’s follow-up to A Single Man?