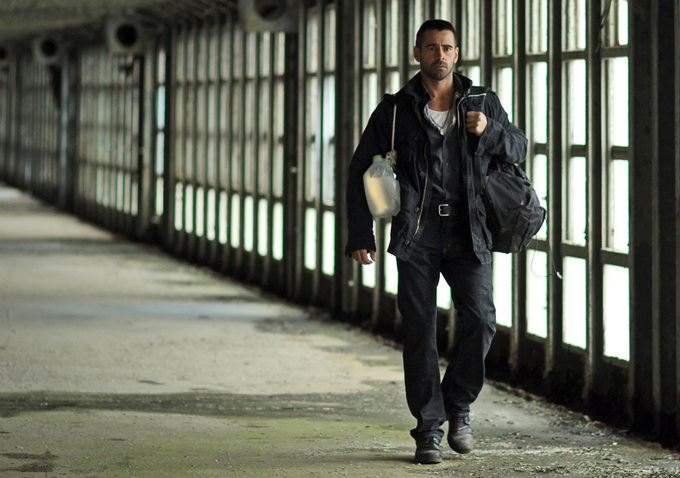 After coming back in a big way last year with Mission: Impossible – Ghost Protocol, Tom Cruise is not slowing it down when it comes to action blockbusters. He’ll be seen as Jack Reacher this fall, then star in Oblivion from Tron: Legacy director Joseph Kosinski next spring — and now he’s set his 2014 tentpole.

Teaming with The Bourne Identity and Go director Doug Liman, All You Need Is Kill stars Cruise, along with Emily Blunt, Charlotte Riley and Bill Paxton, and it’s now been set for a March 14th, 2014 release. This puts it next to Disney’s Angelina Jolie-starring Maleficent and the animated Me and My Shadow, as well as two weeks before Darren Aronofsky‘s Noah. Check out the sci-fi synopsis below.

The story unfolds in a near future in which a hive-like alien race, called Mimics, have hit the Earth in an unrelenting assault, shredding great cities to rubble and leaving millions of human casualties in their wake. No army in the world can match the speed, brutality or seeming prescience of the weaponized Mimic fighters or their telepathic commanders. But now the world’s armies have joined forces for a last stand offensive against the alien horde, with no second chances.

Lt. Col. Bill Cage (Cruise) is an officer who has never seen a day of combat when he is unceremoniously demoted and then dropped—untrained and ill-equipped—into what amounts to little more than a suicide mission. Cage is killed within minutes, managing to take an Alpha down with him. But, impossibly, he awakens back at the beginning of the same hellish day, and is forced to fight and die again…and again. Direct physical contact with the alien has thrown him into a time loop—dooming him to live out the same brutal combat over and over.

But with each pass, Cage becomes tougher, smarter, and able to engage the Mimics with increasing skill, alongside Special Forces warrior Rita Vrataski (Blunt), who has lain waste to more Mimics than anyone on Earth. As Cage and Rita take the fight to the aliens, each repeated battle becomes an opportunity to find the key to annihilating the alien invaders and saving the Earth.

We’ve also got some minor updates on a few others film. First up, Niels Arden Oplev’s Dead Man Down, starring Colin Farrell, Noomi Rapace, Dominic Cooper and Terrence Howard, has been moved from April to March 8th, 2013. The thriller will go up against Admission with Tina Fey, Paul Rudd and Michael Sheen, as well as Disney’s big tentpole Oz: The Great and Powerful.

Paranoia has also moved slighty, going back a week to October 4th, 2013 — almost an entire year from now. The drama, which stars Liam Hemsworth, Gary Oldman, Harrison Ford and Amber Heard will be going up against Sin City: A Dame to Kill For. Lastly, Scott Charles Stewart‘s sci-fi thriller Dark Skies, starring Keri Russell and Dakota Goyo will open on February 22nd, 2013 — across from Dwayne Johnson‘s Snitch. [BoM]

Which of thees films are you most looking forward to?