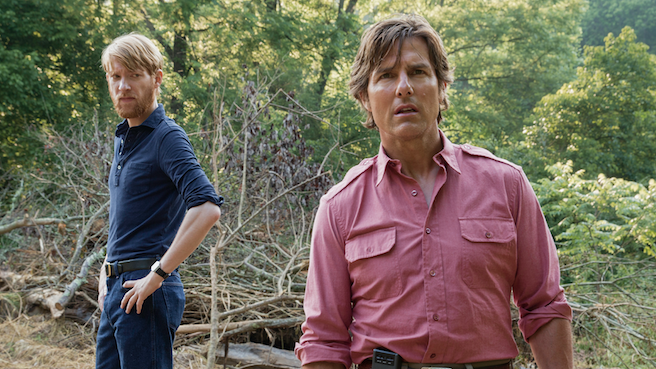 Stuntman and sometimes actor Tom Cruise does battle with The Mummy this weekend, and as is his style, he shows no signs of slowing down. He’s already filming the next entry in the Mission: Impossible series, but first he’ll headline Doug Liman’s American Made, which hits theaters in September.

Based on a (mostly) true story, American Made finds Cruise playing Barry Seal, a TWA pilot who smuggled drugs, got busted and was recruited by the CIA in the process. Whatever you may think of Cruise as an actor, you must admit he’s always willing to fully commit to whatever role he’s playing, performing. That said, he’s spent this later half of his career playing variations of the same character: Ethan Hunt from the M:I franchise — a trend that seems to be carrying over into The Mummy. In American Made, though, he appears to be branching out a bit and having a little fun, adopting a Southern drawl in the process.

Sarah Wright, Domhnall Gleeson, Jayma Mays, Jesse Plemons and Lola Kirke co-star alongside Cruise. The first American Made trailer arrived today, and you can watch it below.

In Universal Pictures’ American Made, Tom Cruise reunites with his Edge of Tomorrow director, Doug Liman (The Bourne Identity, Mr. and Mrs. Smith), in this international escapade based on the outrageous (and real) exploits of a hustler and pilot unexpectedly recruited by the CIA to run one of the biggest covert operations in U.S. history.