TIFF Review: Will-o’-the-Wisp is a Buoyant, Bittersweet Musical Comedy with a Lot on Its Mind 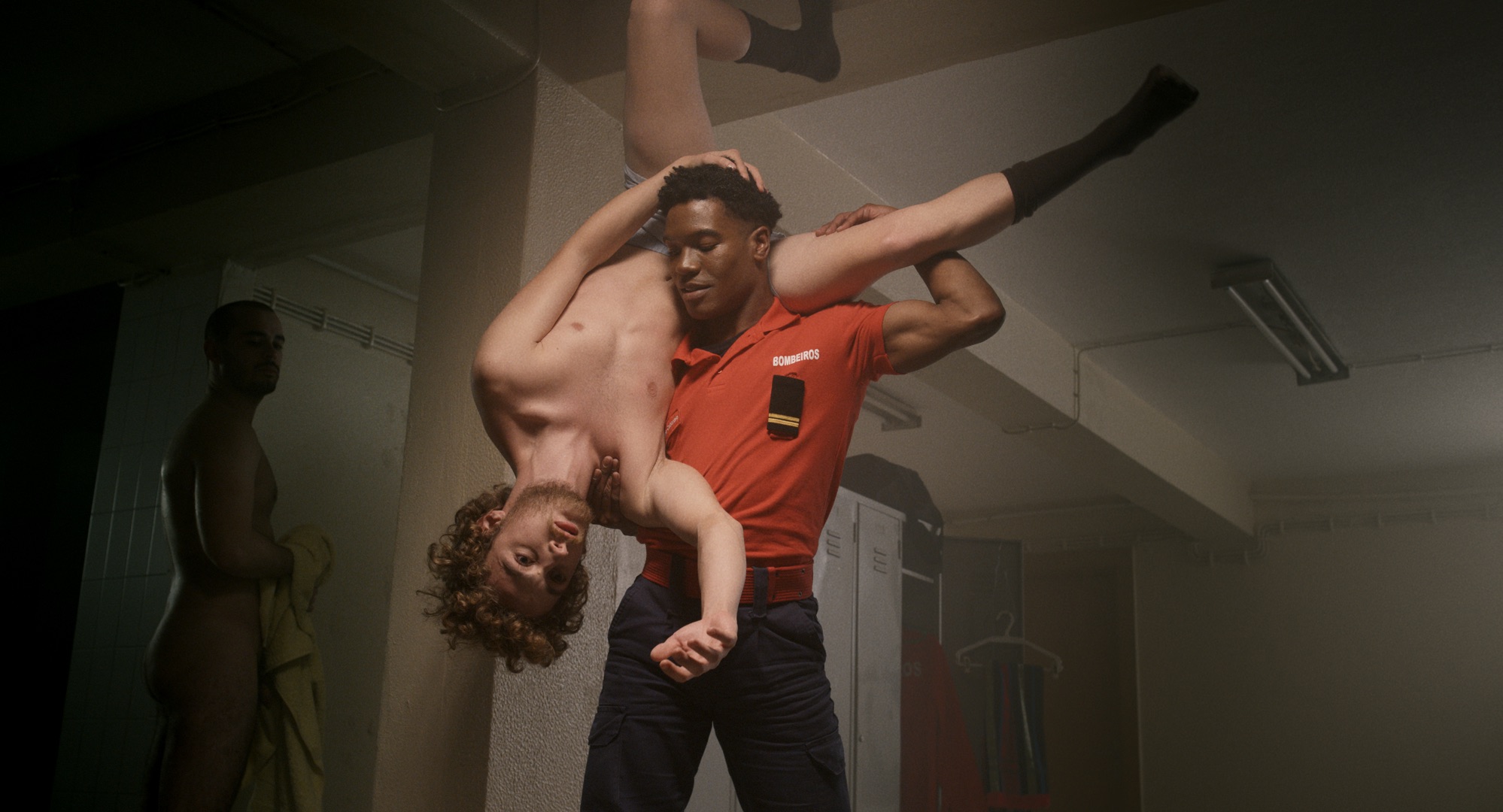 A hopeful and bittersweet plea for a better future, Joao Pedro Rodrigues’ 67-minute oddity Will-o’-the-Wisp covers three periods in the life of Alfredo, a “Prince” of Portugal. If a little conceited and cutesy at times—perhaps “a musical comedy by” wasn’t literally needed to be specified in the opening credits—this a film that manages to remain likable throughout. Seemingly an accomplishment for something with so much on its mind.

Our first glimpse of Alfredo (Joel Branco) is on his deathbed in 2069 (we even see the shadow of a spaceship) and running through memories of his youth in what looks like a smaller room out of that similar scene near the end of 2001: A Space Odyssey. The memories of this “king without a crown” chart back to 2011 initially, as he falls in love with Portugal’s forests and trees as a young boy (depicted through what seems like sing-song out of a children’s film) then years later where news of wildfires raging throughout Portugal beams on the television in the family palace. This inspires the 20-something iteration (played by Mauro Costa) to read, in a direct address to the camera, what sounds like a Greta Thunberg speech off his phone about the climate crisis, which lands with a thud to his oblivious, elitist parents.

The film—with its progressive bonafides, still aware of the guilt and self-loathing of the bourgeois youth—has this idealist take it on himself to shed his royal bloodline and pursue the working-class mantle of firefighter to help make a difference. Though curiously he finds himself at what seems like the queerest firehouse ever, with their annual calendar going as far as to recreate homoerotic artwork by Caravaggio and Francis Bacon—not to mention song and dance breaking out at one point. But sparks truly fly when hunky instructor Afonso (Andre Cabral) catches his eye. Though soon partaking in an affair—which leads to them even joking about their sexual relationship still having a colonialist dynamic, due to their respective race and class—Alfredo remains truly unable to escape his background.

Rodrigues certainly runs through a lot of ideas in his brief runtime (even weaving in the pandemic), and there’s something refreshing that it almost doesn’t try to be a perfect film per se. The director, an arthouse formalist with a little more sense of buoyancy than many of his festival peers, makes sure to prevent the journey from ever being boring, even if the still, symmetrical tableaus that make up the early-goings point to a bit of art-film self-parody. Yet things come lightened up by more classical film language once Alfredo gets to the firehouse, not to mention some steamy gay foreplay for anyone interested in that.

Yet it’s hard not to wish the film were a little longer and could push its musical element harder. It doesn’t quite erupt into a rapturous extravaganza—seemingly by design, as a twinge of defeat emerges when the film makes a hard ellipsis back to the future in its final minutes. But in this mad dash of relevancy, maybe a bit of half baked-ness just comes with the territory.

Will-o’-the-Wisp screened at the Toronto International Film Festival and will be released by Strand Releasing.