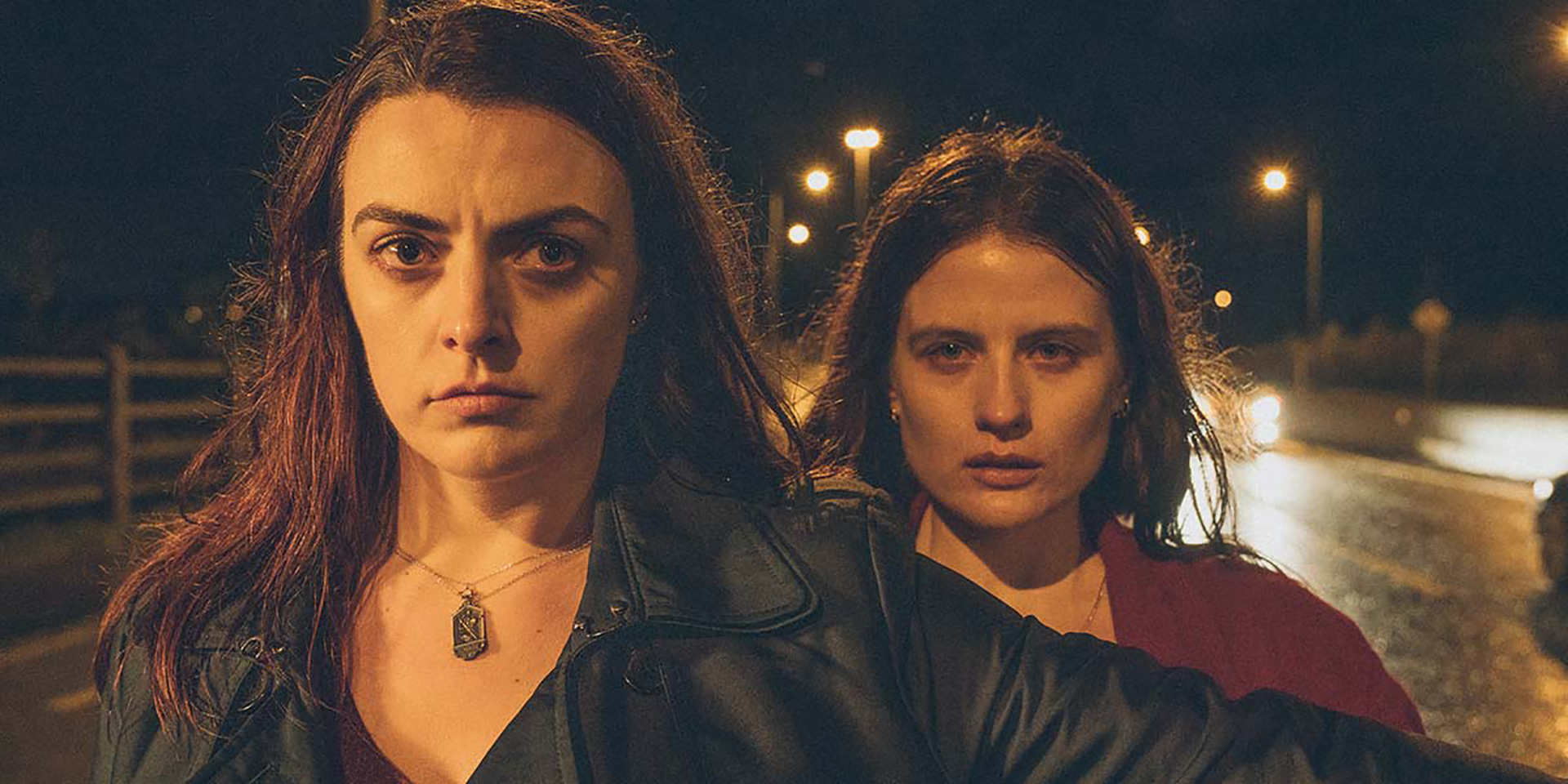 The impending Brexit has pundits on television weighing the option of whether or not it will mean the return of a hard border between Ireland and Northern Ireland—something 1998’s Good Friday Agreement had more or less dissolved in the wake of the violent period of political unrest known as The Troubles. While some might think a development like that could re-ignite tensions between the sovereign republic and UK province, such thoughts would infer that those tensions had ceased or that the scars of what occurred had somehow faded away these past two decades. Many families impacted by that guerilla war don’t have the luxury of putting it behind them. Many of them have yet to stop running from the carnage left in its wake.

Writer-director Cathy Brady gives a voice to one such household with her feature debut Wildfire. In it she draws a young woman named Kelly (the late Nika McGuigan, who lost a bout with cancer last year) who has literally been running for the entirety of a year. Her sister Lauren (Nora-Jane Noone) filed a missing persons claim after being unable to reach her, the pain of thinking she might have died proving too much to psychologically bear since it would mean she was the last of her family to survive a tragic past marked by murder and suicide. Or at least that’s what everyone else in their Northern Ireland town thinks, regardless of the story Lauren and Kelly have been telling themselves since they were children.

Ask them and the woman who raised them (Kate Dickie’s Veronica) about what happened to their mother and they’ll say it was a car accident. Pair the fact that they say it as though a lie to themselves with the sudden arrival of a flood of memories depicting the days leading to her death and it becomes impossible to ignore weight of uncertainty that haunts them. Lauren has tried moving past it by building a life of conventionality with her husband Sean (Martin McCann), but it’s difficult to escape a past that’s so intrinsic to where she lives. That’s why Kelly left. She couldn’t follow suit—not with their old house standing by the border stream’s shore with its new happy family reminding her of what they lost.

Just like Lauren prays to not be left alone, however, Kelly came back to avoid that same fate. It’s not going to be an easy homecoming since their community knows their story and thus sits front row as their emotional trauma returns, but the alternative isn’t an option. Even Sean has come to this realization enough to know his disapproval of Kelly’s influence on their life pales in comparison to what Lauren losing her sister again might do. That he conspires behind their back with Veronica to set-up a psychological evaluation for his sister-in-law isn’t a great look, but you can tell he’s acting with love in mind. Inferring mental instability and thus opening that “was it or wasn’t it suicide” wound, however, won’t instill trust or safety.

So it becomes Lauren’s responsibility to be her sister’s sole advocate. That won’t be easy either since Kelly’s desire to remember happy memories inherently dredges up bad ones for the other. You see, even though these “Irish twins” are less than a year apart, Lauren has a much better grasp of their childhood. Where Kelly sees their mother’s favorite jacket as a joyful object, Lauren sees it as evidence of death. Where Kelly revels in the freedom of swimming along the border between North and South recalling the day they got sunburned playing for too long, Lauren recollects how it was actually sunstroke because their grieving mother wasn’t there to tell them to get back inside. It’s always a conflict between incomplete fantasy and hard truth.

What that grief was a response towards should be left for the film to reveal since Brady is very careful about what details she shares and when throughout. The ghosts in these women’s heads are ultimately engaged in a battle against the demons still walking amongst them. It’s why the violence wrought by the Irish Republican Army can simultaneously be acts of independence and acts of terrorism depending on which side you reside. The murder of an innocent can have reverberations that last for generations since one person’s collateral damage is another’s entire world. Brady will expose the dominoes that fell to lead Kelly and Lauren here in good time. It’s just important to understand how isolated their trauma makes them first. That pain and anger isn’t misplaced.

This also allows Wildfire to be a showcase for McGuigan and Noone’s talents. Their characters are adrift on an existential journey towards a truth they aren’t ready to accept yet. Until they do acknowledge what happened, though, they won’t be able to move forward with their own lives and stop it from affecting them via self-destruction. Lauren is zoning out at work when people call her name. Kelly can’t sleep and engages in manic episodes. Their actions spill over to affect those around them as they finally reach their breaking point in the middle of oncoming traffic—a heart-wrenching climactic moment for introspection and release. The wounds of what happened will never go away, but it’s possible they can stop itching them open by sticking together.