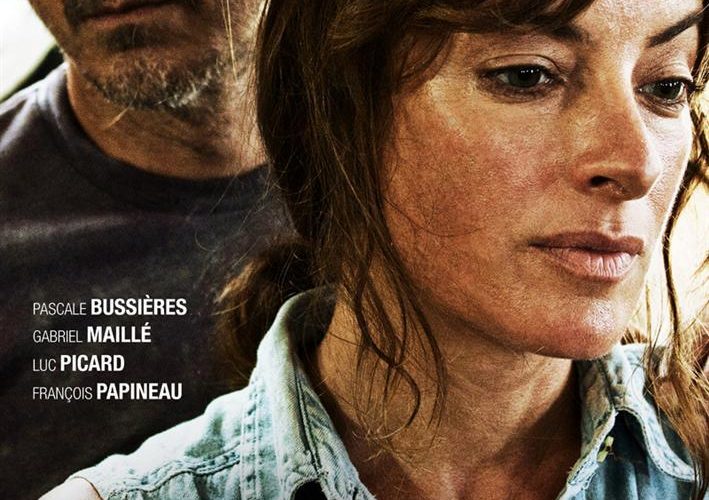 From the opening frame Wetlands commands our attention. A naked, Marie (Pascale Bussières) walks through an open field and down to the wetlands, in the blistering summer heat of a Quebec dairy farm. Guy Édoin’s feature film debut is a rare find; a simple, yet captivating story masterfully constructed. So much is left unspoken, secret and isolated for much of the film’s first act. When bits are revealed it is not sensationalized, even if we are potentially watching the makings of someone who is seriously disturbed coming into his own.

We are introduced to 14-year-old Simon (Gabriel Maillé); he masturbates in a tree overlooking a field. Living in isolation, imposed by his parents as well as the profession he is not only sexually challenged but frustrated, unable to come to terms with an identity. Partly due to cold relationship with his father, Jean (Luc Picard) – who Simon later kills in an “accident,” Simon is drawn to his mother and is obsessively protective and controlling. Prior to -perhaps provoking Jean’s death – Marie learns she’s pregnant. Effectively on her own, she dives into self-destruction, taking up binge drinking and riding the scrambler at a carnival. Leaving Simon to fend for himself, she takes up with an abusive stranger (François Papineau) who has arrived to help out on the farm.In an attempt to bond with Simon, he takes him to a strip club in a scene that does much to establish the social structure of Quebec’s Eastern Townships. Brave and powerful in its simplicity, Wetlands is an extraordinary family drama set against the backdrop of the plight of a small and distinct farming community. Farming is a ritual, a way of life that requires a total commitment to the land and product, forgoing an urban life distinct within Canada.

Observant and restrained Edion is a master at tone, pacing and atmosphere, showing a command for capturing solid performances, perfect rhythms and textures of life. The performances, especially by Bussières, are starling – especially powerful is a scene capturing procedures of an actual live birth of a calf, as delivered by Marie, Simon and Jean. A scene that would be a challenge for most actors is alarmingly expressive in establishing a family dynamic that will be destroyed by the closing credits.

Rich and complex in its narrative, and ripe for gender and psychoanalysis, the film evolves into an unexpectedly feminist narrative. There are many surprises in a film like Wetlands, and perhaps the most exciting is first time feature filmmaker Guy Édoin.