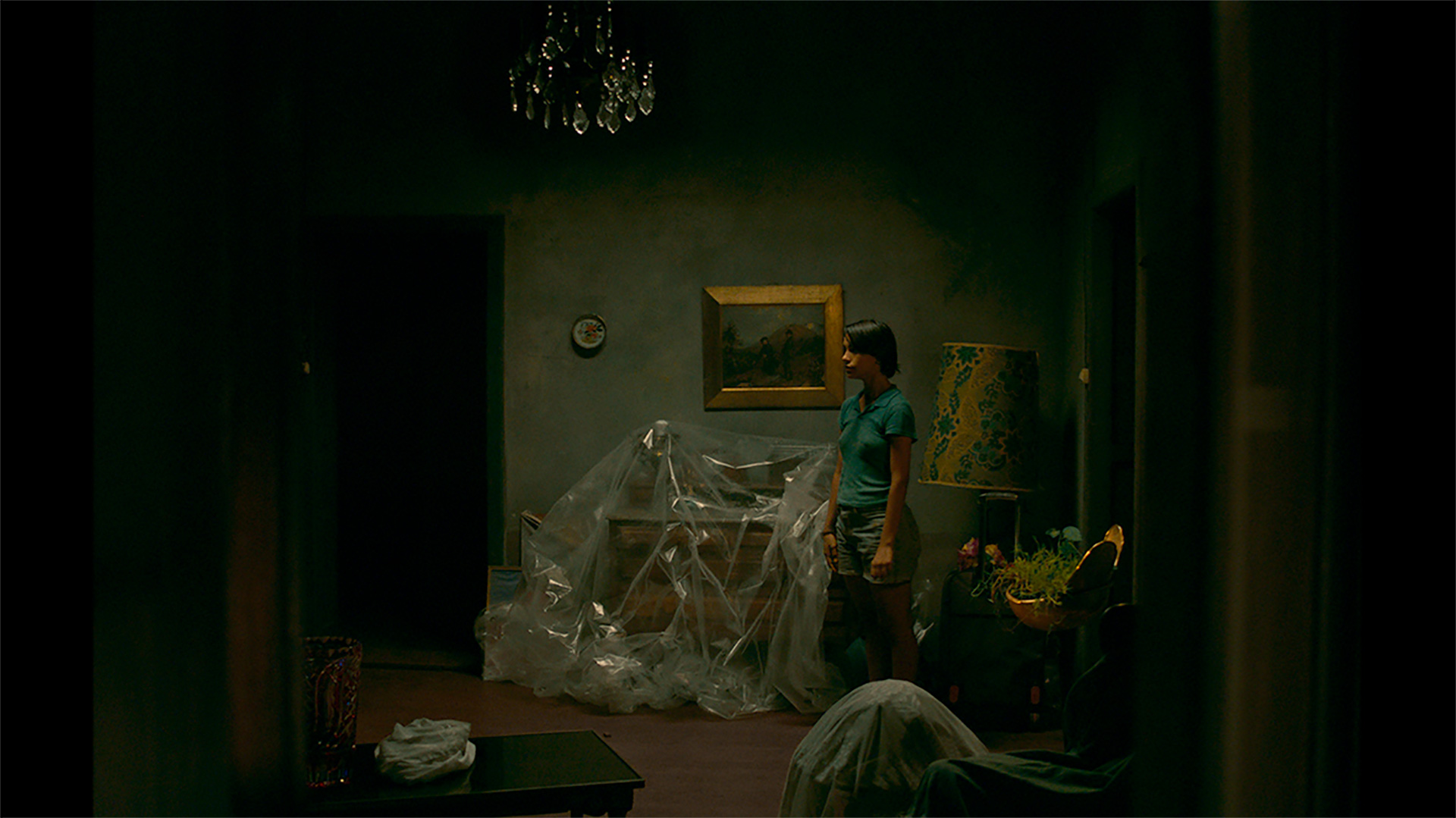 A beast has arrived at a small town on the border between Argentina and Brazil. People talk about it being the spirit of an evil man transforming into different animals to stalk its prey. Women are told to be afraid just as they’re told they’ll be protected. Whether businessmen, men of God, or neighbors, no one will rest until the creature is caught. Except, of course, that it never will be. Because while we see it as a bull watching from the forest, we know this spirit actually takes its form from a different species. Its many faces come in the form of those businessmen, men of God, and neighbors. It feeds on tradition, power, and violence. And it will pounce unless its prey emboldens itself to fight back.

Fear is what drove Mateo from his home, the person he became proving too unpredictable and aggressive to stay. So his mother sent him to the border to live near her sister Inés (Ana Brun) who runs a hostel. When the former passes away, Mateo’s sister Emilia (Tamara Rocca) attempts to reconnect. She wishes to bring their fractured family together in the wake of that tragedy, only to discover no one else believes it to be a good idea. With her sister Helena (Sabrina Grinschpun) refusing to help and Aunt Inés refusing to provide information on his whereabouts, Emilia is left determined to find him on her own. She ignores what he did to cause his exile as well as the so-called “beast’s” threat.

That’s pretty much all writer-director Agustina San Martín provides as a basis for her feature debut To Kill the Beast. Emilia arrives at Inés’ place, begins asking around for Mateo, and ultimately discovers an autonomy of self, confidence, and sexuality that had been stifled under the watchful eye of patriarchal society. She won’t let her aunt’s deflections stop her quest or waste time with the nightly hunts spearheaded by the beasts themselves. Emilia instead watches while the women fearlessly take control, as though the proximity to Brazil has created a purgatorial paradise devoid of the conservative restrictions back home. Inés shoots her rifle at trespassing men and a new tenant (Julieth Micolta’s Julieth) openly flirts back once Emilia is caught staring.

San Martín calls the film an “emotional exorcism” that “enters Emilia’s mind.” No longer beholden to the fears her mother and former life instilled, this teenager is discovering her true worth despite man’s attempts to keep women down. She doesn’t have to pretend here by having a boyfriend when her desires obviously lay elsewhere. She doesn’t have to be wary of wolves in sheep’s clothing when Aunt Inés is willing to scream obscenities and fire her gun whenever someone dares get too close. And she doesn’t have to blindly judge Mateo as one of those wolves. We never find out what really happened in their past, but whatever it was seems to have been forgiven. Emilia can’t keep pretending her world is black and white.

Learning that this town’s fog-filled, humid aesthetic was a meticulously planned hybrid of photography and visual effects explains the intent to render everything just left of reality. The weird moments—e.g. a priest silently staring daggers at Emilia after she asks him a question—make more sense as a sort of glimpse beyond the veil of superficiality. Men walk by this woman and tell her she has a nice ass without shame. They judge her as an object and treat her like a child when the whole reason she’s even here proves she’s neither. It’s as if she can see through that fog and know what people are thinking, breaking free from convention to pursue her wants and desires no matter what anyone says or thinks.

So rather than run from the demons hiding in plain sight, Emilia confronts them, discovers what she wants, and decides to take it. We don’t therefore need to know any details of who she was back then. We don’t really need to know more than a sliver about any of them before who they are right now—just enough to acknowledge the change. Seeing the fear borne from wanting another woman in the past helps us know the weight of Emilia’s feelings for Julieth on the dance floor now. Witnessing Helena’s fear—through her gall to call her sister selfish for wanting to find their brother—helps us realize the power of her uninhibited release on a motorcycle later. San Martín measures everything precisely.

By doing so she allows the imagery to speak for itself. Our brains catch the comparisons and make the correlations without anything needing to be spelled out. And we let the atmosphere (both visually and aurally) wash over us to experience the excitement underlying this notion of the unknown onscreen. While the beasts feed the townspeople’s’ fears by declaring themselves the heroes they need to survive, Emilia discovers all she needs is the strength to let herself be happy. Because the sentiment that “only stupid people are happy” proves yet another weaponized idea to keep the masses pliable. The moment she achieves it—pure, joyous satisfaction—is the moment the beasts lose all control. It was simply smoke and mirrors.

To Kill the Beast premiered at the Toronto International Film Festival.