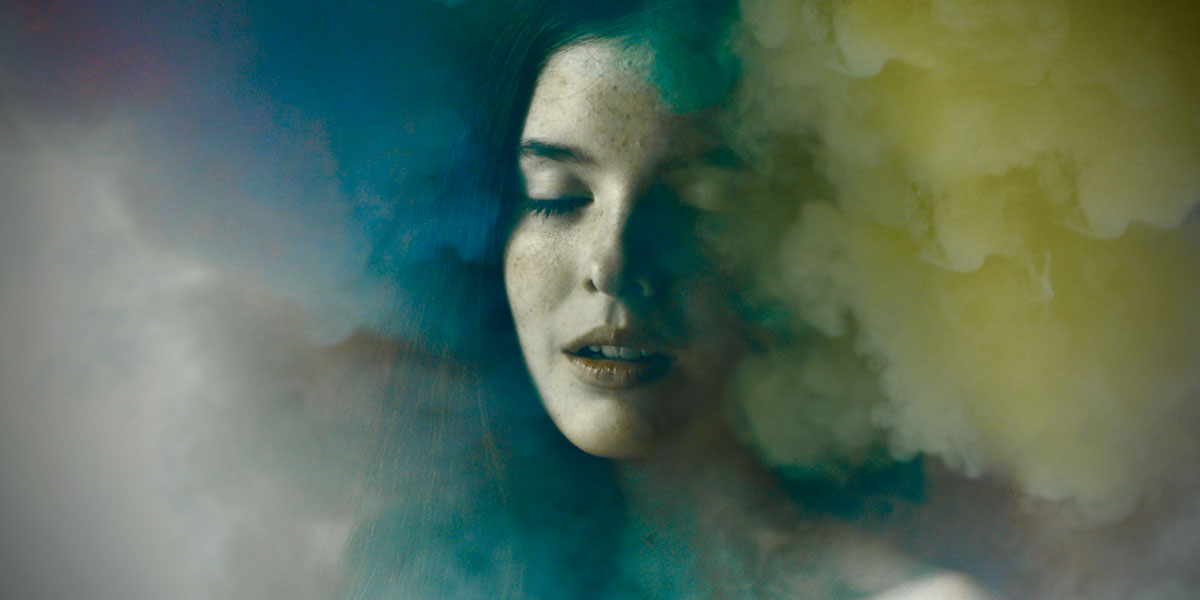 Small town rural living tends to instill a sense of malaise in youth and neither Nicole (Maddy Martin) nor Veronica (Jenna Warren) are exceptions to that rule. They’ve already made a pact to eventually get out of here for no other reason than to aspire towards something that didn’t seem like a dead-end. Because that’s what life is like now—a purgatory of hardship, tragedy, and sorrow. Nicole’s family mourns the loss of her older brother Seamus (Kyle Meagher) in a farming accident that ultimately left them without a farm. Now Dad is unemployed (Aaron Poole), and Mom (Miranda Calderon) frustrated at their lack of options. Veronica struggles with the loss of her innocence at the hands of an abusive guardian. And neither can fully share their pain.

So they attempt to deal with it through distraction. Nicole continues writing in her journal as though she’s speaking to Seamus since he was always the one person to whom she could bear her soul. Veronica creates any excuse possible to leave her home regardless of the resulting punishment since she’d at least earn a reprieve and know what’s coming upon her return. While they haven’t seen much of each other lately, they hope to reverse that trend with summer’s arrival. To do so they ride to the farm Nicole’s family lost. Abandoned for over a year, they decide to transform it into their sanctuary for escape. And with Amber (Sadie Rose) and Sara (Madison Baines) by their side, their quartet vows to protect it from all outsiders.

Sheila Pye’s feature debut The Young Arsonists is thus a glimpse into the ways these girls manifest their desperation into a collective rebirth. And despite the house having once been Nicole’s, it’s Veronica who takes the lead—claiming the sort of control she doesn’t possess at home. The dynamic can be trying as a result. Dare say anything she doesn’t like and expect her wrath. Amber experiences it most being the easiest target, but not even Nicole is immune—because while Veronica would kill for her best friend, her justifiable rage can’t recognize this truth if she’s the one causing trouble. Thus they must all police themselves to ensure nothing horrible occurs. The last thing they want is to become their own oppressors, but sometimes that proves inevitable.

Things unfold with Lord of the Flies energy as the four test each other’s boundaries to see how far they can push. Sometimes they’re on the same page (claiming the house as theirs), but they go too far at times too (pranks often causing tears since none truly understand how much the others hurt). And while that’s generally okay at the beginning since someone will always stand against the bully of the moment, complications arise when the developer who owns the land decides to mark their territory. Sanctuary is suddenly given an expiration date and the stakes rise to meet that challenge. Once weapons are introduced for defensive purposes, however, all bets are off with Nicole already dealing with death and Veronica already itching to kill.

The solution of course would be to just leave, but that’s an easier dream than reality. This house is a middle ground. Not too far away, but also not in the middle of their demons. Except those demons aren’t necessarily bound to places as much as the girls themselves. Nicole’s grief follows her wherever she goes. As does Veronica’s rage. And the tragic part is that their shared love has the healing potential to overcome that suffering together if they’re willing to allow for the vulnerability that can make it happen. They’re just children, though. They’ve literally all just experienced their first period before using the blood in a prayer for the home’s safety from their enemies. Everything is mixed-up; their wants and desires are confused.

It leads to decisions that provoke unforgivable actions. It leads to betrayal. Pye isn’t as interested in pitting these girls against each other as she is allowing them the room to throw a tantrum without judgement. This is an outlet, not an answer. A safe place to exist unencumbered by that which has been stifling their ability to break the cycle of their unfortunate circumstances. There’s some repetitive moments and the pacing is slow, but there’s also a purpose to what’s occurring. When it’s cause-and-effect from start to finish—impulsive reactions to lies, anguish, and assault—you’ll have to forgive them for letting decorum fly out the window in moments of trance-like aggression. Sometimes the only way to eradicate one’s past is to burn it away.

You can tell Pye is a visual artist beyond just a filmmaker—The Young Arsonists often puts style and metaphor above pure realism. The whole is narrated by Nicole via her diaries with gorgeous vignettes of colored smoke wafting across the screen to segue from one day to the next and the soft texture of the film lends it all an otherworldly aesthetic that detaches this house from the rest of their lives. If it can be crude, it always maintains a unique beauty through the honesty of its characters trying to survive while wielding defense mechanisms that often mimic the torture being wrought upon them. And we hope Nicole and Veronica come out the other side; they deserve some calm after the flames.

The Young Arsonists premiered at the 2022 Toronto International Film Festival.