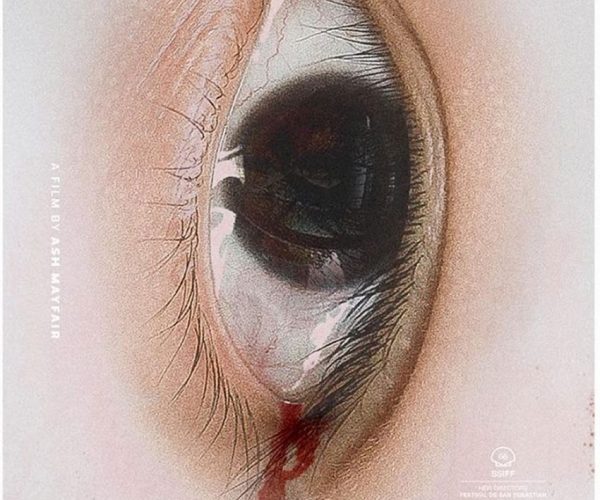 TIFF Review: ‘The Third Wife’ is a Mesmerizing Directorial Debut

It’s 19th century Vietnam and fourteen-year-old May (Nguyen Phuong Tra My) has just been married to a wealthy landowner named Hung (Long Le Vu). She wears a genuine smile on her face, this next chapter in life as hopeful as it is scary. She has two other women to help steer her through womanhood, motherhood, and sexual pleasure (Nu Yên-Khê Tran’s first wife Ha and Mai Thu Huong Maya’s second wife Xuan) and a future of comfort awaiting her with but one goal: bearing a son. A bloody sheet is displayed to represent consummation; a growing belly to prove no time was wasted for conception. And as the days progress with less and less to do thanks to servants, May’s eyes and mind begin to gradually wander.

First-time feature writer/director Ash Mayfair introduces us to this world with a series of luxurious set-ups of varying length, sans dialogue to truly allow the environment to overtake our senses. The Third Wife‘s visual poetry shifts through its minimalistic progressions with pertinent information positioned at the frame’s center: an egg yolk running down May’s chest to her belly button, Hung lowering his mouth to eat it, and the aforementioned bloody sheet hanging in the courtyard. A delicate score can be heard before the voice of a singer cuts in briefly, the first words spoken aloud with any impact occurring only when necessary to set the stage surrounding this young bride. It’s to be an auspicious year, one full of celebration soon to make way towards tragedy. There’s Ha’s son (Nguyen Thanh Tam) readying for a marriage of his own now that he’s finally reached that age. Xuan’s eldest daughter (she has no sons) Lien (Lam Thanh My) hits puberty and thus opens the prospects of becoming a first wife herself despite wanting to grow up into a man and have what her half-brother soon will. And as Hung shifts between women each night as favor moves him, the potential for more pregnancies abound. By sticking close to May’s youthful curiosity, we are able to watch as each of these threads progress with clear optimism attached. She watches the love Xuan shows Lien, the fear of marrying a stranger that overcomes “Son,” and discovers a longing within that’s sparked by someone other than her husband.

With these glimpses into the abstractly complex struggles of identity also come concrete examples seen with clandestine intent. First is evidence of a forbidden tryst, then the desire to pray for others’ pain in order to shine brightest, and finally the sudden appearance of a proverbial wrench thrown into the carefully laid plans of a family akin to royalty who simply cannot find balance. Personal gratification becomes a topic of taboo as that which everyone should want takes a backseat to what they truly desire. May starts to recognize her place on this estate is forever in flux — at once her husband’s favorite, the inexperienced child-like ward of her fellow wives, and a forgotten soul overshadowed by the machine-like existence she’s yet to fully join. What is May allowed to possess for herself? Could the satisfaction she sees resulting from the secretive affair be hers as well? And if so, how would it work and where could she go? As such a young teen, these ideas of what might be possible swirl around without an outlet or confidant considering how she aligns herself more with Lien than the adults of which she’s now one. She’s barely sure what to expect as a mother beyond what the baby’s gender would provide her as far as importance within the family. Life itself seems so fleeting and regimented that she’s not even sure how much control she can wield. Nature provides the check-stops: birth (a new calf), marriage, and death (a euthanized donkey).

A sense of utility grows paramount to everything else. Her agency is stifled, her purpose a means to fulfill her husband’s needs. It’s a way of life so powerfully oppressive that those caught within its web are numb to the abuse. A servant conceives a child out of wedlock? The man is whipped, the woman taken to the temple, and nobody bats an eye. Children of quality stature become commodities, bought and sold for dowry or additional clout. Women as a rule are objects allowed to love only those who choose to love them back. Pleasure is for the male alone whether sexual, financial, or familial. May is thus stuck at an age when attraction is still in its infancy, her wants diverging from the path set. This leaves her in limbo, wanting things she knows aren’t allowed. She strives to be desired as more than an incubator, but also to be respected in that role as a matriarch with male progeny. What seemed idyllic and comfortable quickly dissolves into struggles of sorrow. The happiness Xuan projects with Lien makes way towards despair when confronted by the chain of events her affair unwittingly ignites. The pride Ha shows in her son’s forthcoming nuptials and a gift of new life is shattered by shame, guilt, and helplessness. Hopes are dashed in an instant as the pressure of being necessary breaks resolve to the point of losing a grip on reality. A society where men are worth more than women suffers the consequences of that injustice.

Mayfair reveals this truth in its tense brutality despite never relinquishing her handle on the aesthetic beauty housing those horrors. She focuses on close-ups, micro-expressions, and deliberate actions saying infinitely more with silence than words. The Third Wife holds our unbroken concentration for its duration, its elegiac reverence capturing our attention with its contextually heavy pans and gorgeous frames deftly telling us where to look through sheer compositional perfection. We’re watching a world crumbling under the weight of its expectations as the prisoners within discover what matters most at the cost of innocence. It’s a mesmerizing look behind a curtain torn away so Mayfair can reveal an authenticity too often masked by historical precedent and conservative acquiescence. Love is created in rebellion, but ultimately stifled by the need for survival.

The Third Wife premiered at the Toronto International Film Festival and opens on May 15.