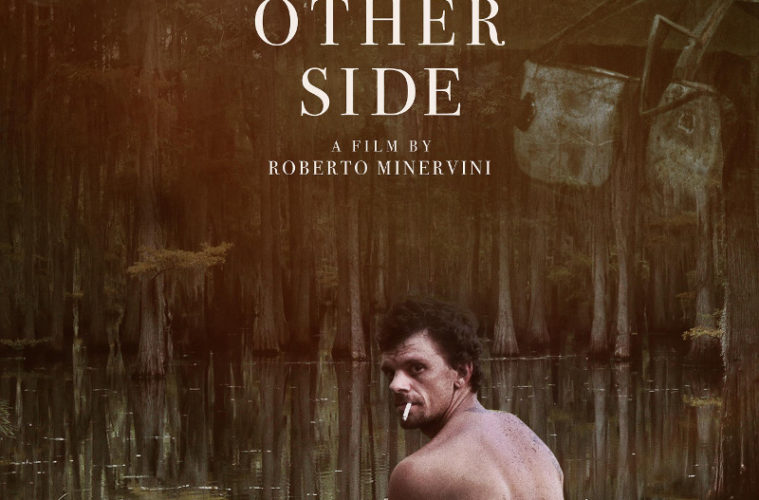 [TIFF Review] The Other Side

Italian filmmaker Roberto Minervini has long held his ever-fascinated gaze on America’s unwanted, isolated or forgotten people. Last year, he finalized his Texas trilogy – a series that included The Passage and Low Tide – with Stop the Pounding Heart, a highly nuanced coming-of-age portrait focused on two Christian teens with very different home lives. With his unobtrusive camera and careful balance of narrative and documentary elements, Minervini produced a well-crafted, sensitive examination of how backwoods faith shapes his young subjects (see my review for more perspective). For his latest effort, he moves east to Louisiana for The Other Side, an unflinching look at the unwholesome underbelly that, to the rest of the country’s chagrin, defines the Deep South.

Set among the bayous and dilapidated rural towns of its chosen region, the film centers on Mark, a small-time meth dealer and ex-felon caring for his destitute family the only way he knows how – by supplying them with drugs. As he struggles to survive on odd jobs and petty burglary, he’s surrounded by equally wretched and hopeless characters, including his unemployed girlfriend and fellow addict, Lisa, and a gang of toothless old drunks. When Mark loses his brother – an event only hinted at with an unannounced funeral scene – and realizes his mother will soon die of cancer, he becomes intent on getting clean, only to fully succumb to the decaying society he has helped enable.

We then abruptly cut to a right-wing extremist militia group playing war games and unloading assault rifles away from prying eyes. Led by two disillusioned vets, the men prepare to defend their freedom, guns, and families from invented martial law boogeymen, but not before chugging a few beers and defiling a rubber Obama mask. With each impassioned speech about liberty and Second Amendment rights, their delusional fantasies soon become clear – in an effort to prove his anti-government cred, one of the leaders even claims he turned down a Texas governor’s offer to have the group serve as border patrol. While their antics appear pathetic, even comical at times (especially when considering that their rinky-dink operation was created to defeat the world’s most powerful military) it doesn’t make their frequent target practice any less unsettling.

Like the true outsider he is, Minervini follows his characters – all of whom are untrained actors basically playing themselves – with a curious, unjudgmental eye, all of which results in some truly disturbing imagery. The first storyline often features gratuitous scenes of Mark getting high with Lisa in his filthy trailer, or, during one especially trying sequence, shooting heroin into a very pregnant stripper before she goes on stage. Fortunately, cinematographer Diego Romero Suarez-Llanos adds an understated beauty to each depressing scenario, often by bathing the unsavory figures in pure, ironic halos of natural sunlight.

As the men reveal their motives through actions, as well as many, many words, it’s obvious that the connection between the two seemingly disparate segments is love of, or dependence on family. While heavy-handed at times, the theme still results in a few wrenching moments. When Mark presents his niece with a (most likely stolen) doll, he informs her that she can be whatever she wants, the half-hearted sentiment thick with a weary undercurrent of doubt. He knows he can temporarily relieve her pain, but he can’t save her from the grip of poverty, just as the militia can’t shoot away the common diseases, lack of opportunity, and other real threats sure to plague them and their loved ones.

Unlike Minervini’s previous outing, which gently unfolded through quiet, unstructured moments, the film feels far more scripted and staged, and, in effect, more shocking and exploitative. Coated in Confederate flags, and generously sprinkled with methamphetamines and N-words, The Other Side tries to generate empathy for facets of America people would much rather forget existed. To an Italian director, these individuals represent little more than a foreign freak show to gawk at, but here, tweakers and homegrown terrorists are very much a twisted reality. Accepting that they exist among our ranks is a necessary bitter pill – relating to them, however, is nearly impossible.

The Other Side is screening at TIFF and opens on May 20th. See the trailer above and our coverage below.