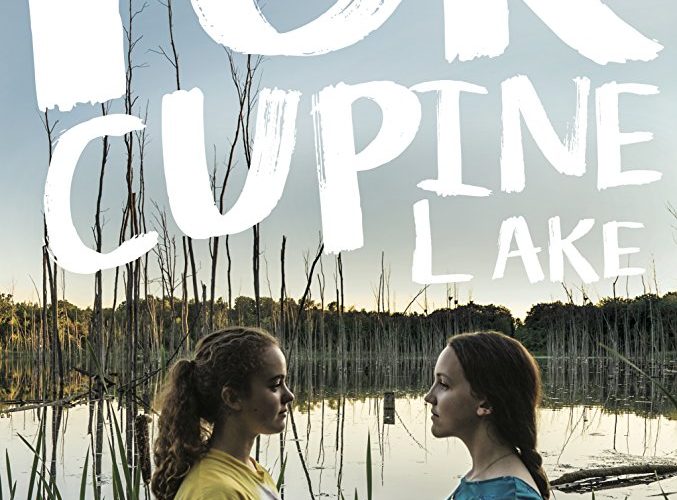 Teenage Bea (Charlotte Salisbury) is in desperate need of an escape from her mundane, isolated life. We can assume Toronto’s big city living isn’t yet something she’s embraced due to her tendency for fainting spells whenever anxiety grows. Mom (Delphine Roussel’s Ally) therefore keeps a tight leash, protecting her daughter as best she can while unfortunately assuring the isolation permeates her very soul. Dad (Christopher Bolton) hopes a change of scenery will do both some good, the Northern Ontario diner he inherited a few months back providing the opportunity. As a summer spot it can expose Bea to plenty of fun if able to initiate making friends. And as a means to reunite their family, it might also help mend the marital turmoil that’s obviously affecting them all.

This is the setting of Ingrid Veninger latest coming-of-age drama Porcupine Lake, its focus on this young girl yet to begin her evolution from child to adult. When we meet Bea she’s an innocent holding her pillow tight as she spies the ice cream chest of her father’s establishment. She’s nervously silent when girls her age enter, following behind them as a spy instead of introducing herself as an equal. Bea wears her trepidation on her sleeve, cautious about every word she utters and awkward in their delivery. So the contrast is stark when the much more brash Kate (Lucinda Armstrong Hall) comes along—herself desperate to find someone she can talk to who isn’t already well-versed in the trouble this town holds as synonymous with her surname. We watch as their relationship blooms, its origins steeped in a volatile sense of ownership and superiority that can’t help but make us fear for Bea’s wholesome identity. After all, it’s one thing to shed your penchant for caution and parental guidance, but a whole other to constantly ignore your morality and comfort just to fit in. But as we all know, fitting in is an imperative of youth. We all weigh who we are against who we might become and hope the result proves an average of the two so that we may belong without losing ourselves. Kate ultimately reveals herself as someone forced to adapt all the way, her innocence completely erased on a road towards survival. The question is whether Bea will succumb as well.

It really is a fifty/fifty type situation considering the tension at home between Mom and Dad only escalates. All the problems that forced their separation—her desire to stay in the city and his to move to a freer countryside soaked in booze—have returned. And whether the two mean to or not, their animosity towards each other begins to target Bea thanks to their extremely close quarters. Scotty wanting her to have fun becomes a ploy in Ally’s mind just as her yearning to protect the girl serves as an unnecessary burden to him. So of course Bea decides to leave as often as possible, her friendship with Kate both a welcome distraction and unlikely education. With Kate she is always a legitimate focal point of interest. But is their relationship healthy? Every time their proximity leads Bea into the orbit of her family—mostly older brother Romeo (Harrison Tanner), a violent and unpredictable womanizer—Kate falls into a pattern of shaming her new friend into going against her conscience. And while that firm hand does help to instill a sense of independence Bea has never possessed, it also forces her to experience horrors that tear her apart inside. Because for every welcome kiss or romantic intrigue presented (regardless of how aggressively or inappropriately they arise through Kate’s curiosity), there is also a display of physical or sexual abuse witnessed from a distance. What’s worse is how Kate often dismisses Bea’s discomfort, validating each instance with victim-shaming dialogue that leaves her mouth too effortlessly.

I wish Veninger had delved deeper into Kate’s psychology as a result, devoting equal time to her as Bea. We do eventually start to understand why Kate is how she is and know she’s learned just as much from Bea’s compassion and kindness as Bea has from her uninhibited sexuality and fearlessness, but it feels rushed. We too often ignore the how of Kate’s actions in order to accept the why that we begin to see her as no different than her brother: both predators preying on the weak. By not exposing her own tragic life except from afar as a secondary character, it’s simply too easy to belittle her very real plight. Bea is so permanently positioned as victim that we forget Kate deserves our empathy too. In this regard Porcupine Lake rubbed me the wrong way despite all the good it also supplies. Bea’s trajectory is resonant and relatable, her transition from sheltered co-dependent to enlightened free spirit a worthy entry to a coming-of-age genre too often centered upon boys. But I kept thinking her revelations came despite Kate’s bullying rather than as a product of Kate’s empathy. For too long I wondered when the other shoe would drop, wherein Bea’s feelings for Kate wouldn’t be reciprocated when she needed it most. The latter always appears to have ulterior motives initially stemming from a desire to be as “cool” (read cruel) as Romeo and finally from a yearning to escape her family’s reputation. Was Bea a helpless victim or was she really loved back?

The film answers this question too late. I found myself rooting for Ally to yank Bea away from a situation that might ultimately be doing more harm than good—something I didn’t really want to do considering it would just prove another act by her mom that she could later resent. Maybe Scotty would step to the plate instead, but he’s more reason for Bea to come to town than father figure. So everything therefore falls to Bea and Kate and whether the situations they find themselves succumbing to will taint them forever. You hope Bea rises to the occasion and stands up for herself just as Kate realizes her destiny isn’t yet written, but you brace for tragic calamity because it seems the more tonally honest consequence.