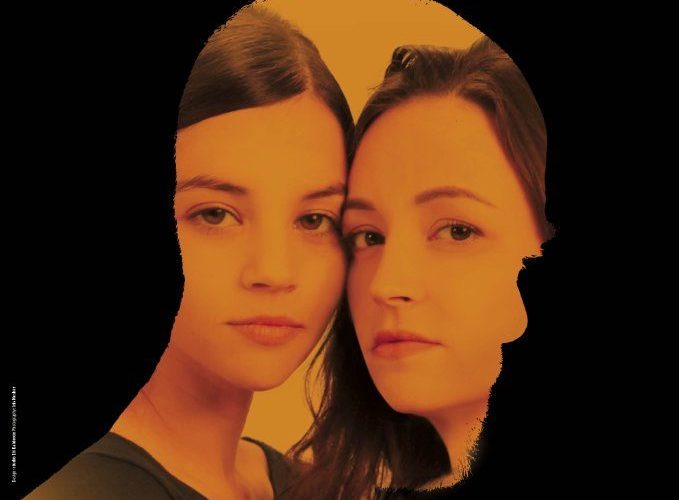 It’s 1977 and you’re the lead soprano in your first international concert. Rapturous applause and a flawless performance later you find yourself hobnobbing with classmates and audience members alike, the famed German composer Thomas Zielinski (Rafael Stachowiak) even enters to the crowd’s delight. But rather than let the electricity of the moment overwhelm you and bask in the glory of a successful evening, you can’t help noticing an older woman walking towards you with a scowl on her face. She asks your name, inquires whether your father is Dr. Baruch Milch (Doron Tavory), and subsequently grabs your arm while screaming in German about meeting the daughter of a murderer. Your name is Sephi Milch (Joy Rieger) and everything you’ve known about your parents is about to change.

You cannot deny the intrigue in what Avi Nesher has crafted with Past Life, a Holocaust film that takes place thirty years afterwards with people who desperately tried to never look back. Sephi, against her best judgment, tells older sister Nana (Nelly Tagar) who in turn starts digging deeper as a journalist willing to believe the man who beat her as a child could in fact be a killer. This journey leads them both to an old acquaintance of Baruch’s who points them in the direction of the man that hid with him in the cellar of a Polish farmhouse to escape the Nazis. All of this is news to the girls, their father never told them anything more than a vague declaration that he survived the war. There’s a veil of karmic fate covering the whole: Nana falling ill, a mysterious diary locked away in Warsaw, and the coincidence that Zielinski would take his mother (Katarzyna Gniewkowska‘s Agnieszka) to Sephi’s Israel-based chorale’s concert in Berlin and let the nightmare flood back. We obviously fear the worst, Dr. Milch constantly shrouded in shadow with emotional flashes of abuse and present-day whispers with his wife (Evgenia Dodina‘s Lusia) providing damning evidence out of context. The horror of what might have happened begins to affect Sephi’s work singing and composing at school as it consumes Nana by erasing her will to live. And even when the story finally comes out, there’s still another mystery left unsaid. The past will not stay buried and in this case it shouldn’t.

Despite the heavy drama — that admittedly can feel overly melodramatic and artificially crafted for suspense in a way that removes tension (a scene searching for the aforementioned diary while the clock ticks is excruciatingly convenient) — what I enjoyed most from Nesher’s film was its humor. Sephi and Nana have a wonderful rapport of mutual jealousies and abundant love, but it’s Nana and husband Jeremy (Tom Avni) who steal the show with over-the-top bickering and unabashed verbal abuse. It’s a welcomingly light touch considering the “murder” that looms over the proceedings. Unconscionable decisions were made during World War II in order to survive — we know this. The inevitable tragic revelation therefore proves difficult enough to bear. Couple it with Nana’s suffering and a little comedy becomes an absolute necessity.

Nesher thankfully doesn’t also actual add love above the romantic overtones seen where Sephi and Thomas’ relationship is concerned — a couple notes arrive with soap opera-like looks of unrequited passion, but they’re not acted upon. He isn’t much older, but age would be the least of our worries with everything happening. In all honesty there’s no room for romance when one’s mother is aggressively distraught and the other’s father may be harboring secrets bordering on war crimes at worst, moral bankruptcy at best. The film needs to be about the search. These two characters are in the dark about a piece of heritage that’s become crucial to their identities. Their musical aspirations are important, but they’re nothing compared to the health of those being affected by the unknown.

I invested fully in the initial quest. Nana’s deterioration and Sephi’s artistic awakening all while Baruch struggles to wade through his past is depicted nicely with adequate emotion and layers of secrecy. The latter’s temper comes and goes at odd times and we await a bombshell that will rip the whole thing wide open. But it doesn’t come. At least not how we imagine it will. My interest was so high that the ultimate resolution’s lack of drama disappointed me greatly. I understand why it does since this first mystery leads into another, but I felt cheated rather than excited. Baruch’s past was ripping his family apart and yet the real deep-seeded issue that must be rectified by the end is between only him and Agnieszka. This newly abrupt finale concerning whether they’ll have a reunion works, but on a purely surface level. By tying off the Milch family turmoil early, Nesher gave me the opportunity to breathe. And all the tension he had built instantly disappeared with a whimper rather than an explosion. Suddenly Agnieszka is thrown back in the mix, but without the time to reacquaint us with her place in the chaos. She had simply been a catalyst and now she’s become the driving force. I wanted to find out what would happen still, but I wasn’t worried about the results. To me the film’s climax is actually just the denouement. It’s full of new revelations and potential violence, but plays like an epilogue to what I considered the main plot.

It’s a Hollywood ending to what could have been a devastating look into the darkness of humanity with its back against the wall. Past Life gets us thinking about so many possible scenarios only to supply an optimism that seemed incongruous to the pessimistic journey. So maybe my dissatisfaction is solely due to my interpreting it wrong, but I’d argue Nesher provided that interpretation and had second thoughts when it came to dropping the hammer. Either way, I cannot deny the power that first three-quarters or so held nor the effective performances from Tavory, Gniewkowska, and Rieger. It’s Tagar, though, who shines brightest with her unpredictability and heart-on-sleeve emotion despite being absent for stretches. Perhaps that’s why I believed Nana’s cynicism was the film’s mirror, not Sephi’s hope.

Past Life premiered at the Toronto International Film Festival and opens on June 2.