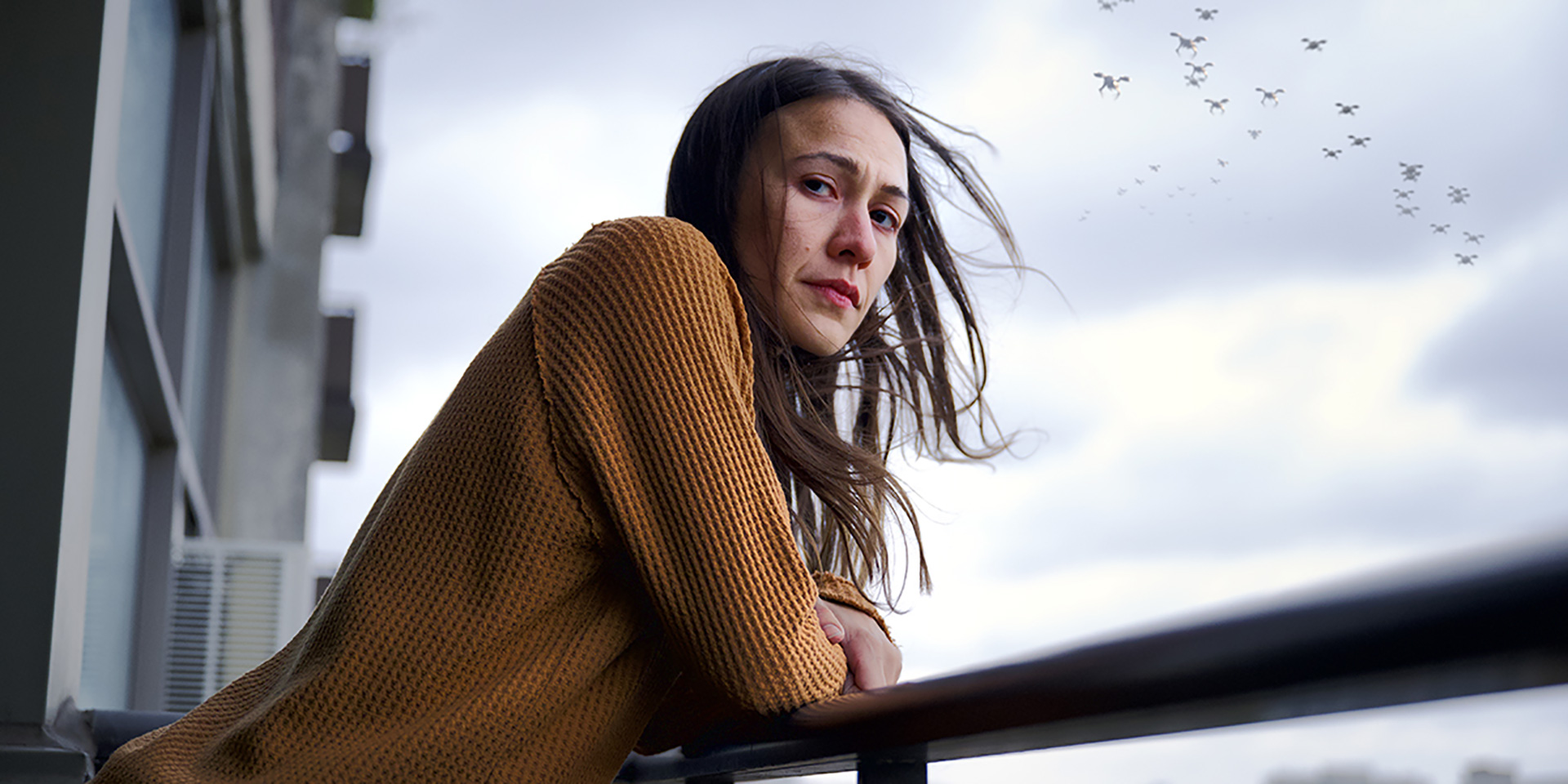 German Lutheran pastor Martin Niemöller coined the poetic confession “First they came…” in 1946. The post-WWII piece spoke about how groups like the Nazis would always find new targets to oppress once their recent victims were erased. First it was the socialists. Then trade unionists and Jews. The sigh of relief breathed by those not yet included under those labels is thus only ever brief. Unless you don the swastika to partake in the purges, they’ll eventually find a label to justify wiping you from existence too. The Holocaust taught a lot about the evils of man, yet it was our own ignorance that refused to see it earlier. It’s probably no coincidence that Canadian Indian residential schools’ mandatory attendance ended the following year.

Cree-Métis writer-director Danis Goulet wondered how North America would look if the opposite proved true. What if that institution not only continued to thrive and indoctrinate indigenous kids by law into the fascist ruling class’ image, but also expanded its reach to every minority population, whether by race, religion, or socio-economic standing? Anyone who’s read or watched a young-adult dystopian series like The Hunger Games already knows the answer—just as anyone marred by the cultural cleansing of those schools from 1894 to 1947 remembers. Goulet shared an impossible-to-fathom statistic before my screening of Night Raiders: that said indigenous children put in this system had a higher chance of dying than a Canadian soldier in WWII. The recent discoveries of unmarked graves prove it.

The film commences years after a civil war between the so-called Emerson state (those in power) and the free people refusing assimilation. Victory for the former sparked the expansion of their tyranny to include all children, regardless of ethnicity or heritage. Emerson citizens obviously enrolled their kids without problems—they agreed with the curriculum. Children of the rebels were subsequently taken, by force, with the help of spy drones flying the skies above and DNA readers able to discern anyone’s age. By the time we meet Niska (Elle-Máijá Tailfeathers) and her 11-year-old daughter Waseese (Brooklyn Letexier-Hart), few if any kids remain outside the wall. Those who weren’t scooped up were eventually given away. Why raise them in this fringe existence’s squalor when the camps promised a future?

That’s the choice Niska must now confront. Despite surviving off-grid for six years, Waseese has distractedly walked into a steel-jaw leghold trap in the woods. With the threat of infection looming, the two stumble back to civilization in hopes an old friend (Amanda Plummer’s Roberta) can help. Once Niska learns that acquiring antibiotics will take three weeks at least, the reality that Emerson presents Waseese’s best chance at healing can’t be ignored. Maybe she’ll one day earn citizenship and reunite with her daughter on the other side. At least they’d both be alive to dream of the possibility. What Niska learns about a year later, however, puts that theory to the test. According to a resistance camp, children who go in come out changed.

Goulet crafts a mythology to go along with the science fiction born from actual laws passed by her country’s legislature. In it lies a prophecy. A nearby Cree community led by Ida (Gail Maurice) believe a stranger from the north will come to their hidden camp and be their guardian, leading them to salvation in the fabled settlement of Bigstone far up in the Northwest Territories. While the younger soldiers (Alex Tarrant’s Leo) under her command distance themselves from such superstitions, Ida is certain Niska is this person. A pact is struck: they’ll rescue Waseese if Niska agrees to lead their children to safety. It’s easier said than done once the perimeter of danger begins to tighten. Emerson is up to something, so the time is now.

Night Raiders proves an intense affair towards those ends, Niska unable to fathom that Emerson is brainwashing their kids to inevitably fight them on the frontlines if war ever reignites. With a friend promising a way past the wall (Shaun Sipos’ Randy), she’d rather take her chances not messing with the enemy than stumbling into the role of general on the basis of a Cree elder’s vision. The longer she waits to choose, however, means the more time for Waseese to be lost forever. The buzzing of those drones grows louder, Leo’s attempts to cajole Niska over to their side via pragmatism rather than mysticism amplify, and the truth of what’s happening gradually becomes exposed. Keeping low profiles is no longer enough. The fight is coming regardless.

This isn’t a big-budget outing, however, so don’t expect to see that war. Think another recent sci-fi thriller in Freaks as a comparison point. The dread arrives via atmosphere, the drama always overshadowing any need for action. A few scenes ultimately feel convenient, but the script’s ability to project its important themes over any shortcomings alleviates most issues. In its crowning of a new hero destined to dismantle the establishment, one could even see this as an origin chapter, depending on box-office success. Acting is solid, pacing smooth, and lessons all too familiar considering the rise of xenophobia here in the United States. And while the formula isn’t unique, the voice is. So: listen up.