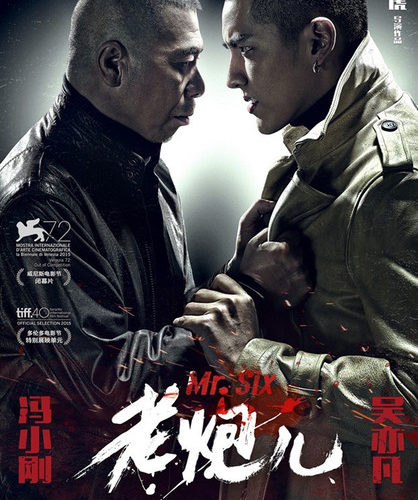 From the late 80’s until the early 00’s, Chinese cinema has been a mainstay at A-list film festivals worldwide, picking up trophies left and right. Things changed, however, as the Mandarin film market experienced an exponential growth in the last decade, inspiring many award-winning “underground” filmmakers to go “mainstream.” While making movies for a mass audience is in itself a perfectly valid pursuit, the drastic decline in quality of these auteurs’ commercially-oriented work has been more than disheartening. Golden Bear (Red Sorghum) and two-time Golden Lion (The Story of Qiu Ju; Not One Less) winner Yimou Zhang, for example, has given us splashy CG-extravaganzas like House of Flying Daggers or Curse of the Golden Flower that are a far cry from his earlier work in terms of subtlety and insightfulness. Palme d’Or winner Kaige Chen (Farewell My Concubine) crashed and burned with the much-maligned Sacrifice; and Cannes Granx Prix winner Wen Jiang (Devils on the Doorstep) also dropped to career low with his box office hit Gone With the Bullets. And so one approaches Hu Guan’s latest effort Mr. Six, which closed this year’s Venice Film Festival, with understandable caution.

Guan certainly hasn’t struck gold internationally the way those mentioned above have, but he’s been quietly establishing himself as a distinct new voice in Chinese cinema over the past decade. Whether it’s the thickly atmospheric Design of Death or the kinetic, Tarantino-esque The Chef, The Actor, The Scoundrel, his films display sharp personal, societal observations mixed with an unapologetic genre sensibility. With Mr. Six, traces of those attributes are still noticeable, but it’s sadly still a step-down that feels suspiciously market-driven.

The titular character (played by Xiaogang Feng) is an ex-gangster pushing sixty who no longer has money or turf wars on his mind but patrols his old neighborhood as a self-appointed magistrate. He doesn’t allow bullying, swindling or any such injustice and tolerates neither ill-mannered crooks nor bad cops. Because he’s been the boss of things for so long, people both sides of the law naturally defer to him and he gets to keep up the appearance of an authority figure. That changes as his estranged son Xiao Bo (Yifeng Li) is abducted for crossing über-rich heir of Party functionary, Xiao Fei (Kris Wu). A washed-up gang-leader who used to call the shots must now face a new generation of bad boys who don’t play by his rules anymore.

Sounds ripe for an exciting father-son drama, Taken-style. All the more surprising, then, to find a movie this tame, thoroughly unspectacular. On the action front, there’s very little happening except for a couple of car chases and modestly staged fist fights. The former, unimaginatively shot and heavily reliant on additional light and sound effects, fails to produce any convincing sense of speed. The latter, brief and scarcely choreographed, betrays a half-heartedness at odds with the film’s promised hard edge. Indeed, not much of the bold, fancifully theatrical camera work one associates with Guan’s films is on display here. There are striking shots of daily life along ancient Beijing hutongs or, signaling the final showdown, an old man trekking over the surface of a giant frozen lake, but the beauty is more of a more plastic, superficially pleasing variety that’ll probably sweep nobody off their feet. The editing is also underwhelming, cutting scenes into such short, digestible units they barely have room to breathe or build up a rhythm. Add to that a production design as sleek and posh as per modern Chinese blockbuster standards, and you get an overall visual impression of a carefully groomed teen idol who’s easy on the eyes but lacks depth, heft, personality.

Speaking of teen idols, pop stars Li and Wu are both serviceable if unremarkable in their roles which, to be fair, aren’t terribly well written. Li can’t quite shake this doe-like quality from his big, pretty eyes to play an angry son living out his rebellion, while Wu simply can’t work up the venom or fury needed for the villainous part. There’s a brittle two-dimensionality to their performances that prevent them from registering on any emotional level. It falls on veteran director/actor Feng to bring the weight of screen presence that ultimately saves the picture from completely tanking. With tremendous poise and an oceanic calm that comes from decades of experience – in life as well as in film – he nails a character who’s seen everything, has life long figured out, and feels impatience above all else when imposing young chaps try to rattle him with bravado and threats. Paternalistic, fair-minded, loyal to a fault, Mr. Six is someone born in another time and who still fights for his values. As a metaphor for the endangered conscience in an ever more materialistic Chinese society it’s a bit obvious. But as a movie character it’s a fine creation, one that’s enhanced invaluably by Feng’s wonderfully aged star turn.

Plotted with limited imagination and directed with atypical flatness, Mr. Six features a strong central performance and shares its humanistic concern with Hu Guan’s previous work but is nevertheless an artistic underachiever. Altogether it’s not so much an outright disaster as a worrisome indicator of Guan’s readiness to compromise. Ironic then, how in a movie where the protagonist is constantly lamenting the good ol’ days, we also wish its helmer would go back to the way he used to do it.

Mr. Six is playing at TIFF and opens on December 24th.