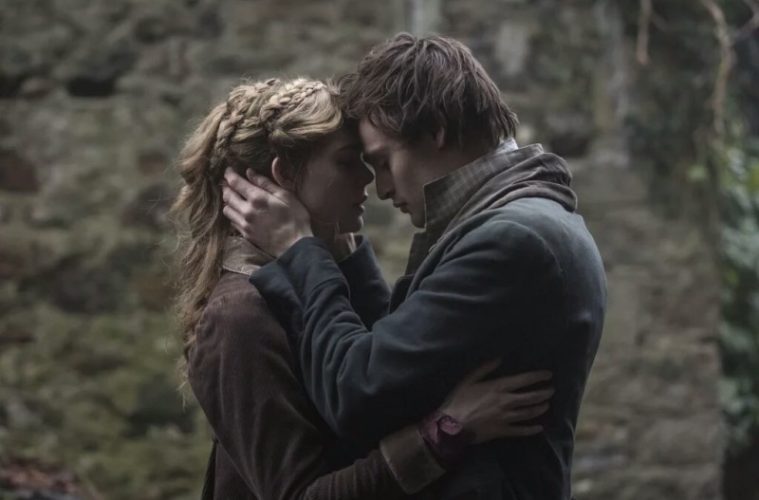 With just about 15 minutes or so left in its 120-minute running time, Mary Shelley comes alive. We’ve dispensed with the rote upbringing, finally moved past the surprisingly dull courtship and long-term companionship with Percy Shelley, and suffered various societal and economic indignities. Now, at last, we have arrived at the moment of conception — the birth of Frankenstein; or, The Modern Prometheus. Little time, sadly, is spent on the actual writing of the book. But watching what came after — a sour-grapes-ish judgment from Percy, rejection from publishers, and, finally, “anonymous” authorship and critical and commercial success — is utterly fascinating. A scene set in her father’s bookstore featuring beard-y gentlemen praising the text leads to an appropriate romantic reunion, and then … Mary Shelley is over, save some end notes explaining the author’s fate.

The problem with Haifaa Al Mansour’s follow-up to the lovely Wadjda — noteworthy as the first feature-length film from a female Saudi Arabian director — is everything that comes before this final stretch. The relationship between Mary (Elle Fanning) and Percy Shelley (Douglas Booth) has been the subject of much mythologizing, and the details are of course fascinating. In Mary Shelley, however, it is a relatively passionless union. Fanning and Booth do their best with a weak script and ho-hum direction.

The script and direction lack enthusiasm from the very start. As Mary Shelley begins, our heroine lives with her author turned bookseller father, William Godwin (Stephen Dillane), a snooty stepmother (Joanne Froggatt), and her loving stepsister, Claire (Bel Powley). Mary has begun to experiment with writing, and gravitates toward darker fare. Indeed, there is some darkness in her past; Mary’s mother, Mary Wollstonecraft, died after giving birth to her. Soon, she is sent off to Scotland and it is here that she meets the poet Percy Shelley. Once Mary is back in London, Percy surprisingly appears at the family’s bookstore. Their romance has several notable snags, from Percy’s marriage status (!) to the upset of Mary’s father.

But the coupling is not to be thwarted, and with Claire in tow, they strike out on their own. This section, more than any other, deflates the film. There is simply no lust here, and above all, no weirdness. A story as bold and thematically complex as Frankenstein deserves a creation tale as whacked-out as its own story. The infamous summer spent at Lord Byron’s estate is a fine example of what doesn’t work here. Byron (Tom Sturridge, going way over the top) is a cad of the first degree, and his chateau is something of an ongoing party. This is where the concept for Frankenstein was solidified, but in the film, that element is barely touched upon. Only near the end does Mary Shelley properly focus on the author’s mightiest achievement.

Fanning is persuasive as the title character, but she’s not particularly memorable, moving too quickly from bored to restless to unhappy to unfulfilled to triumphant. It is a testament to Fanning’s inherent likability as an actor that we remain somewhat interested in her journey. The actress showed far more color in recent films like The Beguiled and 20th Century Women. Here, she’s going through the motions — until the end. In those aforementioned final moments, she and the movie have a genuine energy. It is then that the longing she felt, for expression and freedom, finally explodes into action. It’s a striking finale, and some of Fanning’s strongest work to date; the change in her expression when she realizes someone else is getting credit as Frankenstein’s anonymous author is priceless.

Douglas Booth, too, is a perennially likable performer, even in weak tea like The Limehouse Golem. But he’s an unconvincing Percy Shelley, never once displaying the depth of this tortured artist. Bel Powley (The Diary of a Teenage Girl) fares better than anyone as Mary’s stepsister, Claire. She’s the most colorful figure in the film, a third-wheel with a real sense of humor and a mischievous streak. It doesn’t seem right that a film about Mary Shelley is stolen by her stepsister, but that is indeed the case.

In the end, this drama is admirable in its attempt at shedding light on the creative process of one of the most essential writers in the history of literature, yet it is this process that’s most ignored. It is more than likely that the film will prove to be a footnote in the career of Haifaa Al Mansour and Elle Fanning. If we spent a little less time on Mary and Percy, and a bit more watching Mary actually create, the result may have been different. Sadly, Mary Shelley is just not alive.

Mary Shelley premiered at the Toronto International Film Festival and opens on May 25.