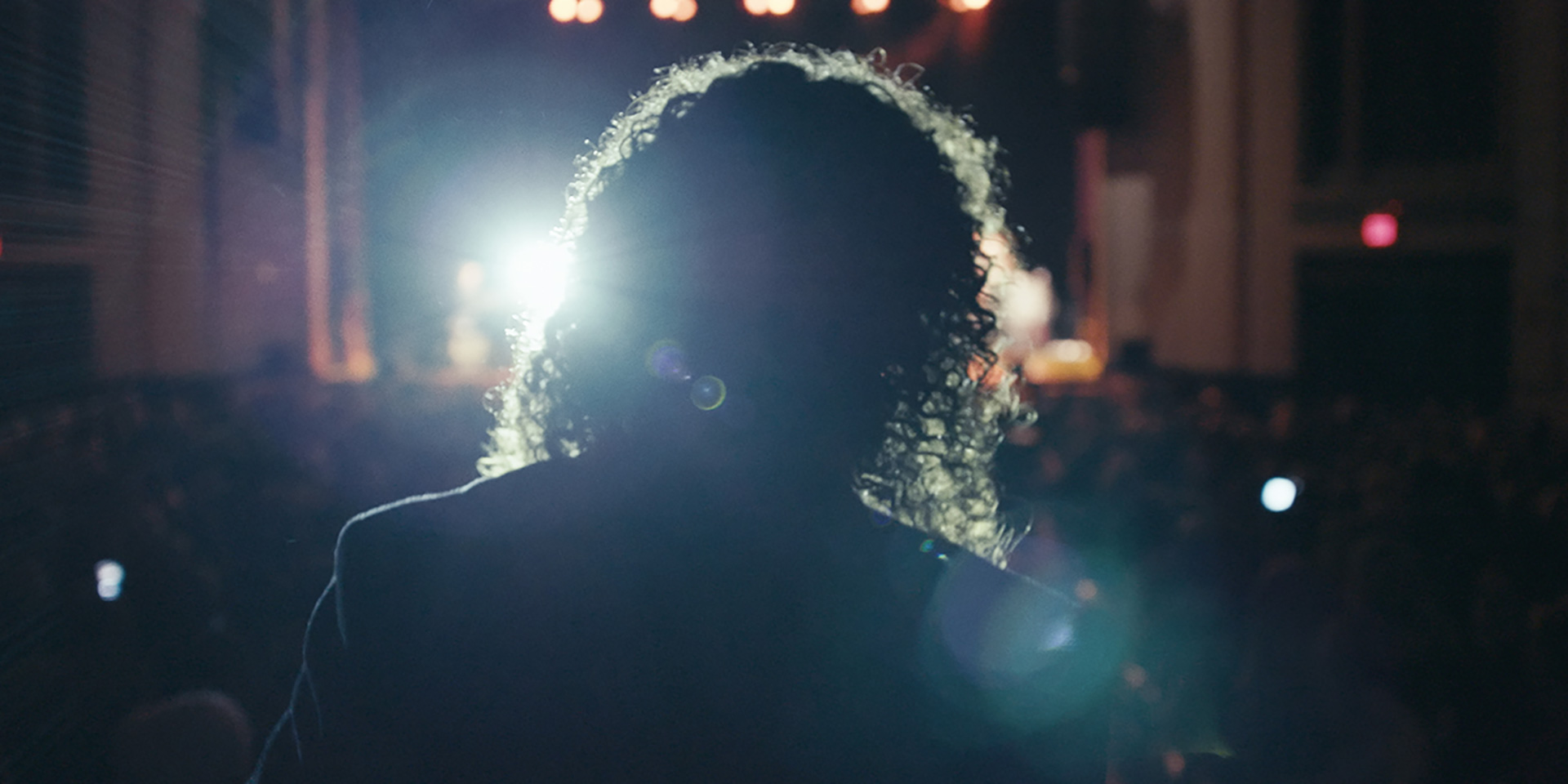 While the premise of Penny Lane’s Listening to Kenny G unfolds through the comedic question “why do so many people hate Kenny G?” it quickly reveals itself a rather intriguing tightrope walk upon the line separating art from commerce. Because this question cannot be answered without first acknowledging who the “people” are. Kenny G has fans. A lot of them. He’s sold 75 million records to become the best-selling instrumentalist of all-time. So they aren’t those “people.” Those who enjoy ragging on him as a meme because he’s an easy punching bag aren’t either. The real “haters” are therefore those who take jazz as an artform so seriously that they cannot comprehend Kenny G as anything but a hack. They hate him because he’s ignoring the rules.

It isn’t a coincidence, then, that Kenneth Gorelick refuses to answer a different question throughout this film and probably everywhere else (or, at least, everywhere since he realized the conundrum of his success): “What type of music do you play?” It’s a no-win situation for him. If he says jazz, purists will laugh. If he says pop, vocalist lovers will wince. If he admits that R&B stations played his music most at the beginning, everyone will start screaming. That’s the trouble with choosing a lane that doesn’t easily exist. People will spend their energy trying to tell you what box you don’t fit in instead of realizing the simple fact that it doesn’t matter. You can like something simply because it speaks to you. Genre is an illusion.

Lane pounces on this truth to deliver a wonderfully joyous look into the life of one of music’s most infamous figures that ultimately proves the reason people “hate” him is because they’ve decided it’s easier to misguidedly judge him against those who do fit in those boxes than to accept that he’s found a way to take a little from each to create his own. As we later find out (or already knew having lived through its origins), saying that isn’t hyperbole. Kenny G’s astronomical rise on the pop charts literally forced radio to stop trying to program him on stations destined to revolt and build a platform for him. He doesn’t just become the face of “Smooth Jazz.” He is “Smooth Jazz.” He made easy listening profitable.

Ask New York Times jazz and pop critic Ben Ratliff, however, and he’ll say that’s part of the problem. Will Layman, Popmatters‘ jazz critic, goes even further to make an analogy that Kenny G is like the Harlem Globetrotters while “real” jazz musicians are like Michael Jordan and LeBron James. All professionals in those respective fields can do the “tricks” Kenny pulls, but those “tricks” aren’t jazz on their own—just as spinning basketballs on your fingers isn’t basketball. It’s funny on the surface and telling in perhaps the opposite way Layman intended. Because while he’s correct in his statement, he forgets that the Harlem Globetrotters aren’t trying to play basketball. And Kenny G never said he intended to make jazz. He’s simply playing from his heart.

Listening to Kenny G is recontextualizing how we absorb his music by dismantling the notion that art can ever truly be so objective that popular appeal is rendered meaningless. Anyone who’s ever studied the history of any field knows this isn’t true because popular appeal inevitably shapes critical acclaim. No one liked Van Gogh’s work while he was alive; now he’s regarded as one of the best painters to ever live. Even Ratliff and Layman find themselves back-handedly turning around on Kenny G at present because time allowed their impression of his music to catch-up with their idea of its potential purpose. It’s Kenny himself who says it best when dismissing his music awards as insignificant. Unlike golf, those victories aren’t quantifiably measured.

So there was no point for him to be angry when Pat Metheny published his well-circulated screed after Kenny G made his wildly successful posthumous duet with Louis Armstrong. There’s no point for him to ever be angry about anything. As we hear it from his own mouth, he’s nothing if not a product of hard work, practice, and audiences who legitimately love his songs. Let Lane compile a roster of critics to lay into him. He knows she’ll be able to find just as many willing to give him the benefit of the doubt (and more). And she does. There’s a great cast of talking-head characters, funny and insightful in their own right, to give this seemingly superficial topic some real substance.

That Kenny G himself can find that sweet spot between ego and self-deprecation that endears him even as he unironically admits just how great he is at writing melodies—or driving a golf ball, or baking a pie, or doing anything else he’s mastered because he’s a perfectionist who refuses to pick up a hobby if he doesn’t crave becoming the best at it with all his heart—only makes this journey that much better. It’s almost impossible to hate him once you meet him. Let’s all agree, too, that the reason you reject the catchy hooks of “Songbird” and “Silhouette” today is because they became so overplayed as the calm soundtrack of corporate culture that you’ve turned numb to their undeniable appeal.

Just wait until Lane takes us to China to witness how “Coming Home” has become the unofficial theme of their workday’s end. Add an interesting breakdown for why Kenny G’s songs appeal there (it’s in the chords) and you might gain insight into why he’s become an international sensation. Maybe the music is too approachable to be jazz—he’s ultimately embraced the sensibilities of a pop soloist too much to ever connect back to the great jazz artists—but he’s also become a gateway to them in many respects. Lane understands that contradiction and knows those who don’t are too stubborn not to be unabashedly hilarious when explaining themselves. She proves yet again that nobody can tonally marry edification and entertainment onscreen so effortlessly. It’s masterful.