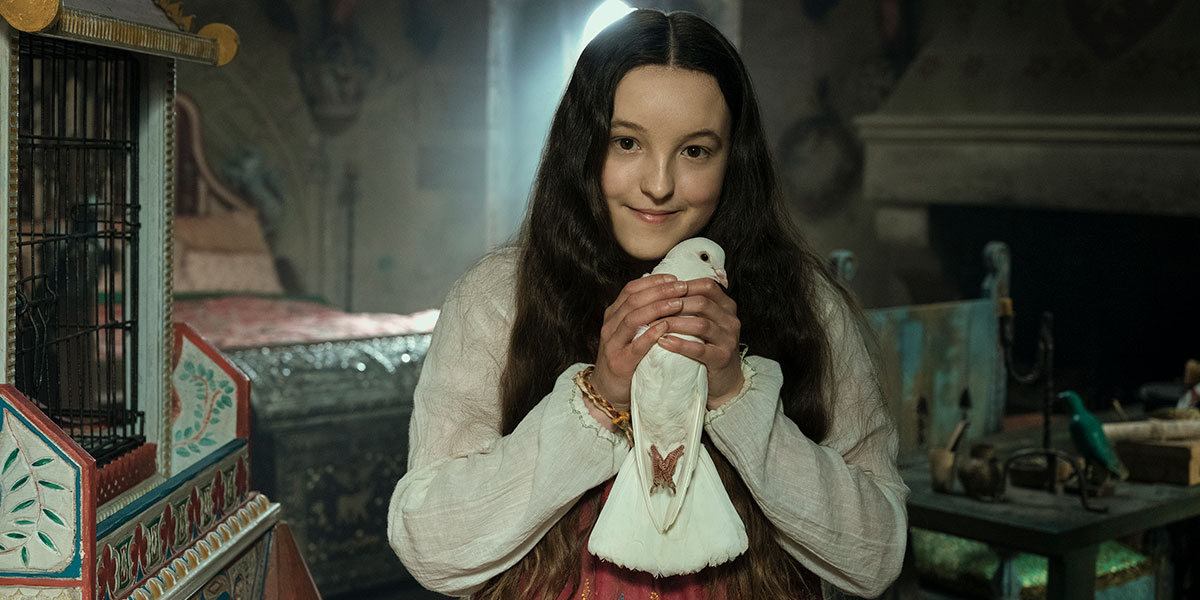 Lena’s Dunham’s new film Catherine Called Birdy represents a difficult case for this critic. The overwhelming feeling of “it’s simply not for me” throughout the runtime makes it an instance of having to determine if what rang as false or annoying was simply a personal failing. And there’s certainly passion here: Dunham made her personal investment clear before the screening, noting how reading the young adult book by Karen Cushman as an alienated 10-year-old weirdo in 1996 was a life-transforming event. And speaking as one who was definitely a 10-year-old weirdo themselves, the passion is observed, if not totally felt.

Living in 13th-century England, Birdy (Bella Ramsey) is an obnoxious, opinionated, but also intelligent and animal-loving 14-year-old who causes quite the stir amongst all the adults in her life, including of course her exasperated father Sir Rollo (Andrew Scott) and mother Lady Aislinn (Billie Piper). With her family in need of money, selling her off to a suitor seems the only solution. Thought with a few trollish men in mind—chiefly the revolting but wealthy suitor nicknamed Shaggy Beard (Paul Kaye), who seems desperate to grab her in every encounter—what’s at stake is frankly the rest of her life.

Birdy comes off a bit more like a period episode of a ’90s kids sitcom (e.g. Blossom or Clarissa Explains It All) than the pungent medieval stink of Lapvona, despite all the mud and farting on display. Similarly, it’s easy to wish Birdy was, as a character, a little more abrasive than just a couple of individual scenes of her yelling, as if there’s still too much expectation for her to be a conventionally likable film lead.

For this writer, being unable to pick up on the intricacies of a young girl’s inner life and how the film relates to it is a defeat that has to be admitted. Yet there remain some deeply annoying stylistic tics—cutesy title cards, a soundtrack made up of anachronistic covers of Mazzy Star’s “Fade Into You” or Alicia Keys’ “Girl on Fire.” Not to mention the streaming-television look to much of the proceedings, between its set-bound nature, reliance on hand-held, and textureless digital cinematography.

And while of course a very different work, Dunham’s previous film this year—the largely divisive but highly audacious Sharp Stick—showed there was still a lot of fire in her belly, which can’t help make this seem like even more of a disappointing effort. Sadly, a safe film for a rebellious protagonist, even if still maintaining a warm, humanistic quality makes it not a total loss. There’s also a personal element for Dunham, with a sense of melancholy towards the character of Birdy, as if the writer-director was feeling wistful about the daughter she’d never have due to her medical history. It’s hard not to be moved thinking about that—it’s just that one wishes the film could produce an overall product of that weight.

Catherine Called Birdy premiered at the 2022 Toronto International Film Festival before opening in theaters on September 23 and Amazon Prime on October 7.