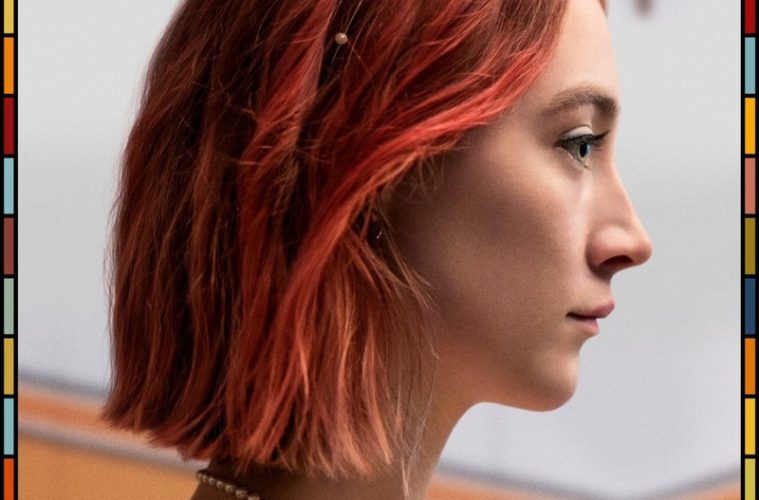 TIFF Review: ‘Lady Bird’ is Wise, Funny, Remarkably Assured, and One of the Year’s Great Joys

Lady Bird is one of the year’s great joys. Greta Gerwig’s debut as a solo writer-director is so wise, so funny, and so remarkably assured that it seems to have flown in out of nowhere. Where did this nearly perfect coming-of-age comedy and emotionally affecting study of youth, social status, and financial malaise come from? The answer has been hiding in plain sight. As an actress, Gerwig has shown inimitable intelligence in films such as Frances Ha and 20th Century Women. She has now moved behind the camera for a 2002-set study of a Sacramento teen’s final year of high school, starring Saoirse Ronan, Laurie Metcalf, Tracy Letts, Lucas Hedges, and Timothée Chalamet, with music by Jon Brion.

Even after mentioning the involvement of such an ensemble of talent, I’m not sure anyone could have anticipated just how strong a film Lady Bird would be, or how bold its vision would appear. There have been several very strong female-led stories of adolescence in recent years — The Edge of Seventeen and The Diary of a Teenage Girl among them. Those films were quite good, but neither quite nailed the tragi-comic tone of The Graduate, or even Rushmore. Lady Bird does, and then some. Laughter is plentiful, but it comes from a place of emotional truth and cinematic sincerity.

Much of that, of course, is due to Gerwig. Just as important, however, is that cast. Ronan (also at TIFF with On Chesil Beach) has give memorable performances in films as diverse as Brooklyn, The Grand Budapest Hotel, Hanna, and even Neil Jordan’s somewhat forgotten Byzantium. Her performance as Catholic high school senior Christine “Lady Bird” McPherson is extraordinary. It’s a high point in a career that’s already been full of them.

Ronan’s Lady Bird is intent on leaving sun-drenched Sacramento; her clearly stated goal is to attend an East Coast liberal arts college. There are major obstacles in her path. Her grades are one of these. As one Immaculate Heart — or, as Lady Bird calls it, “Immaculate Fart” — nun (played by Nebraska’s Lois Smith) explains, some extracurriculars might help. This leads Lady Bird and her best friend, Julia (Beanie Feldstein), to the school’s drama club. It also leads her to a crush, on the sweetly gawky Danny (Lucas Hodges). Meanwhile, Lady Bird and her tough, but clearly loving mother, played by Roseanne’s Laurie Metcalf, battle at home. Much of the fighting has to do with college. Mom wants Lady Bird to stay close to home, while dad (playwright-actor Tracy Letts) is more open-minded. (He even fills out his daughter’s financial aid forms in secret.)

Plot is not what drives Lady Bird. While there is some genuine suspense involving Lady Bird’s future, what captures our interest are the characters. Ronan makes her title character delightfully snotty — her retort to the presenter of an anti-abortion presenter at a school assembly will quite literally bring make you gasp … and then laugh. But her quest for an enlightened education and to go far away from home is relatable and always understandable.

Hodges, Feldstein, and Call Me By Your Name breakout Timothée Chalamet make an impression in supporting roles, but the most notable standouts after Ronan are Metcalf and Letts, with the former having the most difficult role of all. The mother in coming-of-age comedies is often no more than the wet blanket. Lady Bird’s mom is that, a bit. But she is also loving and caring, smart and tough. Consider that she and her husband took in the girlfriend of their son, Miguel, and treat her like one of their children. As played by Metcalf  and as written by Gerwig, the character has the contradictions and complexities of every parent, really. It’s certainly the finest role this stage and screen veteran has ever had. Tracy Letts is, of course, is the author of August: Osage County and Killer Joe, among other noteworthy plays. But in recent years he’s also become one of film’s finest character actors, most recently in Indignation and The Lovers. Here he is the relatively pushover father, but in ways that are refreshingly original. When he and Miguel interview for the same job, he wishes his son good luck only the way a devoted parent could.

Lady Bird is a celebration of the types of modest successes that define many of our lives. Gerwig understands what it means to struggle economically and academically in America, and how it is to be the private school kid who lives on the wrong side of the tracks. (This is quite literally the case, as Danny discovers.) As the film nears its end, Gerwig captures, with ferocious insight, the fear and freedom that come from leaving home. But she also captures the emotional ferocity of a parent watching this unfold. Lady Bird ends on a wry, knowing note. We are confident that our protagonist will live the life she’s always wanted, but we also know, as her mother predicated, that it’s not going to be easy.

Lady Bird will surely go down as one of the year’s best films, but Greta Gerwig’s feature is also a contender for having some of the strongest insight about the winding path of adolescence this decade. And, believe it or not, it might make you rethink your stance on Dave Matthews’s “Crash Into Me.” Quite simply, it’s a film to fall in love with.

Lady Bird screened at the Toronto International Film Festival and opens on November 3.