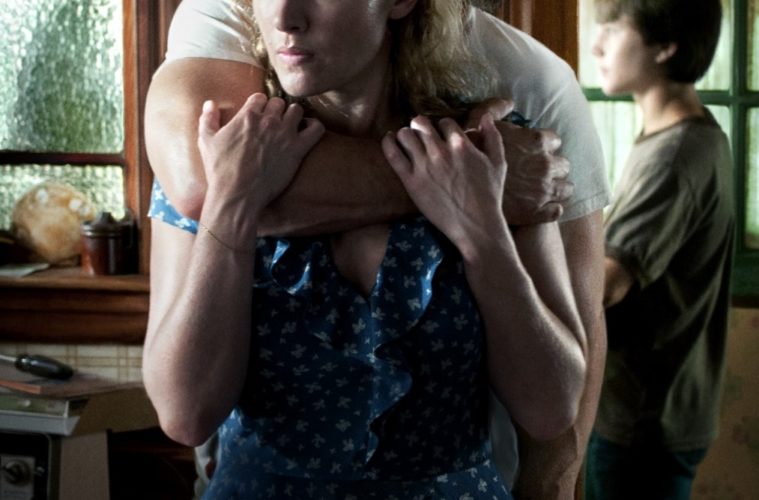 If anyone asked if Jason Reitman was truly a great director or, rather, someone with excellent luck in choosing projects — I remember thinking his Best Director nod for Juno was premature, myself — Labor Day should set the record straight. This is very much a different beast than his previous works, pushing comedy to the side for poignant drama and a surprising romance formed in the face of an impossibly difficult situation. He consistently gets stellar performances from a lineup, has an impeccable rhythm when pacing stories, and, no less, finds a way to make even the most contrived situations drip with authenticity.

Based on the novel of the same name by Joyce Maynard, the central plot of an escaped convict seeking refuge with a divorcée and her son is merely the springboard for a gradual understanding of where each character is coming from, as well as where they may be going. As Frank (Josh Brolin) so often says, “There’s more to the story.” Labor Day‘s male protagonist is, here, referring to the murder he was sentenced to eighteen years for — some of which we catch broken glimpses of through flashbacks. But the words are just as relevant to how Adele (Kate Winslet) and young Henry (Gattlin Griffith) found themselves at a Pricemart that fateful Thursday afternoon which brought him into their lives. Despite everyone having demons and some form of inherent psychological trauma, hope for the better always exists — no matter how dark our pasts.

This is the concept behind second chances at freedom, love, friendship, or life. We all have a story to tell, one inevitably riddled with guilt and regret, but it’s how we make up for the pain and suffering we wrought that defines our character. Does that mean a convicted murderer should escape out of a hospital window and charismatically work his way into the home of a mother and son? Is that how he should pay his debt to God, his victim, and his own soul? No. But there’s something about his actions that makes you trust him — even after you know who he is. There is a kindness behind his squinting severity, a purely non-violent nature rendering his scarier moments the product of fear, rather than some desire for physical dominance.

Told through Henry’s point-of-view, reflecting on this strange weekend — as narrated by Tobey Maguire‘s much older version of the seventh-grader — we listen as he’s wrapping his head around life’s fortunes. Adele hasn’t really left the house since her divorce, nervously shakes when she does, and needs Henry to watch out for her in case she becomes unraveled. His father (Clark Gregg) means well by trying to include the boy in his new family (consisting of two other kids) every week, but he doesn’t understand what happens Monday through Saturday — or, at least, we don’t think he does, as the audience is left in the dark as to facts behind his parents’ split. Adele needs Henry, and he needs her — if only to know he is the entirety of her own existence. Though initially confusing things by preying upon them as captors, Frank quickly provides a masculine touch the house desperately needed. But, as much as Labor Day is a romance between Adele and Frank — in his speech, Reitman made it clear to stress as much — it’s also an affecting coming-of-age drama for Henry. With lustful desires bubbling under the surface, it’s an awakening for him to witness an uninhibited joy and sexuality from his mother with a man by her side. All those times he sweetly hired himself as her “husband for the week” couldn’t have prepared him for understanding what that job entails, emotionally and physically, besides house chores. As Adele’s desire awakens, so too does Henry’s with the arrival of Eleanor (Brighid Fleming) to town.

I found myself getting lost in this authentic portrait of a forming family, courtesy of the kindness and warmth Frank expresses toward both of his “hostages.” To do so, however, means to give into the plot’s implausibility, willfully suspending disbelief at the whirlwind one-eighty turning a mother’s fear into a lover’s embrace. You must trust the script will provide enough detail to make it believable while, still, allowing the suspense which takes over Labor Day once the idyllic romance is interrupted by knocks at the door. From here, the stakes escalate beyond one man on the run, and if anyone finds out what’s actually happening behind Adele’s closed doors over this long weekend, everyone inside the house will be arrested and charged with a crime.

This dynamic riveted me with every passing second, as hiccups either jeopardize everything or, instead, turn into one more example of this supposedly violent criminal’s unwavering compassion. We smile as the happiness in Winslet’s and Brolin’s faces overcomes the awkward components of their courtship, Reitman portraying their bond’s intensity and recoil in breathless anticipation as Frank reflexively grabs her or Henry when danger looms. Rather than simply leave us with this juxtaposition to choose optimism or pessimism, though, Reitman shares his kinetically montaged flashbacks to better make an informed decision. Each day ends as another begins with thoughts of a future together, while tension comes to a boil with each reconciling his / her actions by moving forward and forgetting the direness of a personal situation. These three central performances are amazingly complex and introspective, each actor providing the perfect mix of either apprehension or confidence, depending on what a given moment calls for. It’s easy to accept Brolin as a man of honor, just as it’s easy to watch Winslet give herself so completely to this stranger; Griffith, meanwhile, is our transparent mirror to enter the story, his character spying through closed doors, making youthful mistakes, and growing beyond the constraints of childhood amidst this intensely unorthodox situation. They all exist inside a microcosm of love and family, one accelerated at such an incredible speed that it, with one wrong step, will shatter into a million pieces.

In the end, recollections are always skewed — especially those of children — so the pairing of tiny, emotional moving parts of his mother’s psyche and Henry’s own hormonal changes must have muddied some facts, right? As a result, one can’t help but wonder if Stockholm Syndrome isn’t at play with Henry’s desire for happiness changing the details of a violent hostage situation into some fondly hopeful memory. The question of whether anything was truly real lingered, rendering the authenticity of what I saw onscreen even more moving. Winslet and Brolin warmed my heart and devastated it in equal measure, the pair of characters showing that passion and forgiveness in both one’s self and others, despite preconceptions, is always possible. You just have to be willing to open your eyes and accept it, no matter the cost.

Labor Day premiered at TIFF and will open in limited release on December 25th, followed by a wider release on January 31st, 2014. Click below for our complete coverage.