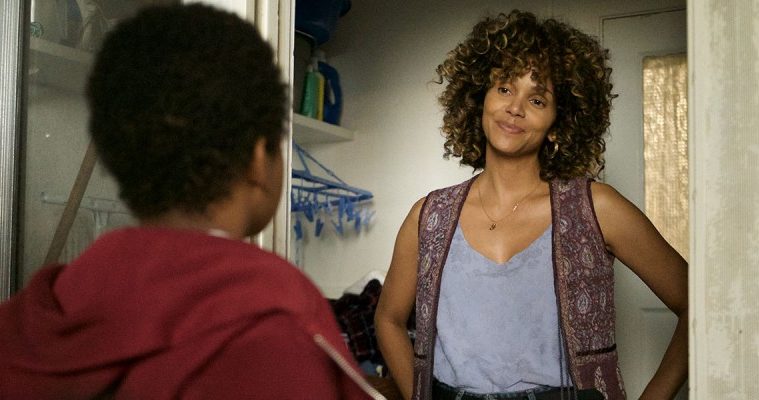 TIFF Review: ‘Kings’ is an Unwieldy Look at the L.A. Riots

Turkish-French filmmaker Deniz Gamze Ergüven’s 2015 feature Mustang was such a captivating, empathetic debut that many were confident she wouldn’t be inflicted with the infamous sophomore slump that countless aspiring directors have encountered before. The Oscar-nominated film, which was about five sisters growing up in male-dominated Turkey, was the toast of Cannes’ Un Certain Regard selection that year. Her second feature Kings, which recently debuted at TIFF, will likely not be the toast of anything.

Set in Los Angeles before and during the Rodney King riots, the film stars Halle Berry as Millie, a charitable woman living in South Central that takes in orphaned and runaway kids into her home. We begin as the seven or so foster kids, ranging from kindergarteners to older teenagers, are running around, living life as black children in America with all the anger and confusion that comes with it.

Although the story starts off with a powerful moment — the shooting of an unarmed Latasha Harlins by a convenience store clerk — Ergüven immediately shifts gears, deciding to concentrate the rest of the film on the kids living in the shelter home. In a baffling discovery, the realism and visual poetry that was in Mustang is nowhere to be found here. Structurally messy, the director fails to balance a steady tone, let down by an unfocused narrative with unconvincing performances from its newcomer ensemble.

As for the film’s established talent, Berry is given a thinly-written role. We don’t really know much about her except that she is sexually attracted to the temper-driven Obie, a next-door neighbor played by Daniel Craig. After impressing in this summer’s Logan Lucky, his role is one that seems deliberately (or perhaps not) over the top, recalling something more akin to Nicolas Cage’s “performance art” acting that has infused much of his work the last decade or so.

The riots eventually begin and the over-acting by Berry, Craig and the kids intensifies. Millie has freakout session after freakout session, and the same goes for Obie. In what will surely be an infamous scene, Millie is arrested and cuffed to a lamppost with Obie, despite trying to actually help tame the violence on the streets. Obie frees himself from the shackles and don’t ask how, but it involves ripping off Berry’s jeans and climbing up the lamppost. He eventually comes back with a toolbox to uncuff Millie, which of course had the packed audience at the Roy Thompson Hall laughing. You can be rest assured that wasn’t Ergüven’s intention.

There seems to be a cultural disconnect between the Turkish director and the African-American experience, which is understandable. In Mustang she could understand the surroundings and infuse a reality that she most likely was surrounded by on a daily basis. In Kings, there’s the sense she fails to grasp how Americans act and speak in everyday life, particularly in this hyper-specific time and place.

The missteps seem to never end as the director and actors struggle to bring some kind of coherence to this unwieldy film. Although it tries to be political and relevant to our times, Kings becomes such a confusing blur that one wonders where precisely in the process it all went wrong.

Kings premiered at the Toronto International Film Festival and opens on April 27.