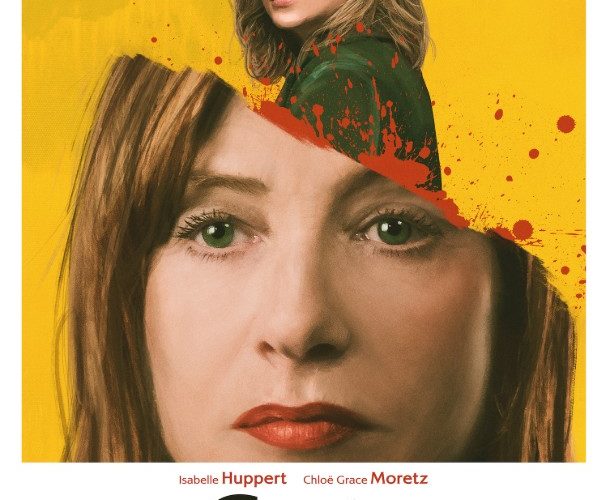 Neil Jordan’s Greta starts off being a story of two lonely people living in New York: the eponymous Greta (Isabelle Huppert) and Frances (Chloë Grace Moretz). It is a swift friendship that develops between the two after Frances finds an unclaimed handbag in a subway and goes to an address in Brooklyn to return it. Before we can ask if her mother ever taught her not to speak to strangers, we know that it’s been a year since Frances’ mom died. As Erica (Maika Monroe), Frances’ roommate and friend, puts it, Frances was probably just trying to fill up the void left behind by her mother through her friendship with Greta. Before long, the two are picking pets, taking walks in Central Park, and cooking dinner together. “I’m like chewing gum,” Frances says while promising Greta of her companionship. “I tend to stick around.” It is a kind of mommy issue that would offer Freud a lot to think about.

It’s all good until Frances discovers a crazy and deviant side to Greta and wants to cut off all ties. It’s here when the already-bizarre plotline takes a turn towards a kind of crazy that is unexplained, illogical, and arbitrary. Huppert, fresh on the heels of the moral deviance of Elle, turns into an absolutely crazy and sinister stalker who, after invoking that chewing gum line, refuses to let go of Frances. She stands outside the restaurant Frances works in, shadows Erica, and keeps calling on the girls’ landline (on an aside, how many young people in their early 20s in New York have those anymore?) until one day, she (and the plot) loses all semblance of sanity and starts throwing glasses and creating a scene in Frances’ workplace. Greta is basically a psychopath who has a secret room where she tortures young women, a basement where she stows away dead bodies, and a huge apartment where she plays the piano, unflinchingly injects painkiller into a severed finger, and pirouettes around dead bodies as Chopin plays in the background. (Again, who has this big an apartment in New York?).

Greta could make a perfect camp protagonist, and Greta could be a camp film that is so bad that it’s good, but it doesn’t quite get there. It has the necessary ingredients: conjuring laughter when it is perhaps intended for audiences to be terrified, and just the right amount of cringe every often. Yet it doesn’t sustain itself as the script falters, devolving into something that is a rehash of a little of camp, a little bit of a thriller, and a little bit of a comedy–and never the unabashed genre delight it could be. If there weren’t a whole lot of cliches stunting the plot over and over again, Jordan might have had something here. The protagonist is way too naive for a twenty-year-old from Boston living in New York City and, most vitally, the characterization to motivate why Greta is this crazy and sinister is missing. If Jordan genuinely wanted to thrill, this is a necessary foundation that isn’t built. The little gore, though present, is also not perverse enough to be good camp. By the end of it, we’re left being neither amused nor too grossed out, but in a dull spot in between.

With that said, Huppert’s facial twitches and smiles make her performance extremely enjoyable, scary and, perhaps unironically, hilarious. However, it is sometimes painful to see her being this silly after having witnessed her twisted brilliance in Elle. Moretz, too, tries her best but the character of Frances is too much of a naive do-gooder for any actor to bring complexity to the role. The surprise of the lot is Maika Monroe, who plays the very rich (her father bought her a Tribeca loft as a “graduation gift”), very superficial pretty blonde. In a regular camp film, she would certainly be killed first. She is the great twist in the tale that the film needed but didn’t deserve.

The TIFF programmers describe Greta as a “nerve-rattling thriller in which loneliness breeds malice,” but there no insight into that loneliness nor the malice. It was, in fact, barely a thriller and while I did rattle my brain trying to make sense of what I was seeing, my nerves were fully intact at the end of the viewing.

Greta screened at the Toronto International Film Festival and opens on March 1.