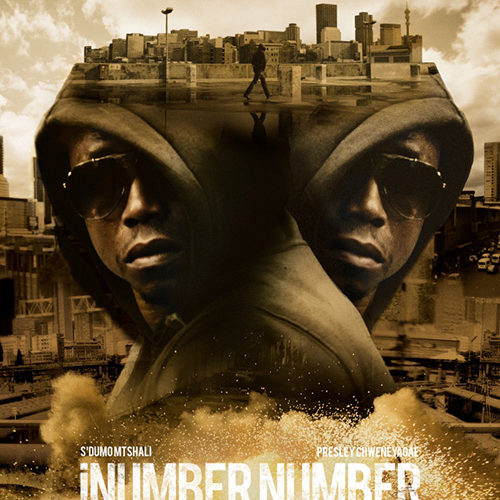 The South African director behind cinematic adaptations of John van de Ruit’s comedic, teen-lit Spud series hits the Toronto International Film Festival with his latest work: a violent heist flick with a rogue undercover cop at its center. I’m not sure you could go in any more divergent of a direction, but Donovan Marsh handles the transition with aplomb as iNumber Number lives up to its many comparisons to Reservoir Dogs. It’s high style to the point of its subtitles moving around the frame in an intuitive fashion with an eccentric bunch of thieves sitting around their warehouse hideout bickering and double-crossing each other until the final bullet fires. Unlike Quentin Tarantino’s debut, however, we get to see the heist in full. Why does this police officer go off the reservation to consort with a bunch of crooks? Well, much like Hollywood’s depiction of American law enforcement corruption, Chili’s (Sdumo Mtshali) Captain (Ronnie Nyakale) is all about the cream. After an invigorating sequence wherein a captured Chili escapes restraints and a guard, his partner Shoes (Presley Chweneyagae) guides him through a complex of gangsters. They spy on them through each subsequent window and relaying the information via his phone, their boss refuses payment of a promised ransom. To get the Captain’s sign-off they’ll have to first tamper with evidence on an unrelated rape case — someone he’s on the payroll to protect is about to go down for. While Chili’s willing to forgo the law so he can finally be compensated, Shoes says no.

Knowing they must be the only two clean cops left on the force is too much for Chili to bear, though, so he decides to kick some tires of the numerous criminal contacts he’s made undercover. One especially bad dude nicknamed Mambane (Owen Sejake)—someone he’s had drinks with every Friday night for some time—comes through. He’s been building a crew to take down an armored truck for three million bucks and has room for one more willing body. Seeing it as an opportunity to make some cash as well as take down the gang when all is said and done, Chili agrees. It’ll just be a one-time gig, but he’ll need Shoes on board to ensure he doesn’t get arrested if things go south since his involvement won’t be police sanctioned. Shoes begrudgingly agrees with the assurance no one will get hurt—he needs the money too with a baby on the way. Chili therefore breaks everything down with his partner through a montage of surveillance details and concurrent conversations so that he and we can meet the crew. We learn about Mambane’s daughter Gugu (Hlubi Mboya) and her secret boyfriend Stakes (Brendon Daniels); the soap star Dex (Carlo Radebe) and his dimwitted fan Slim (Percy Matsemela); and heavies G8 (Warren Masemola) and Warren (Brandon Auret) beefing over an unknown history together. In the meantime, however, triggerman Skroef (Israel Makoe) recalls a botched job he worked with Chili three years before. Anticipating the realization, Chili asks Shoes to arrest Skroef and keep him on ice until the heist is complete. But it all goes wrong.

Skroef gets the jump on Shoes, ties him up, and brings him to the hideout to expose his former cohort as a mole. After some heated posturing and a bit of coercive deflection from Chili, though, it’s agreed inside man guard Thulani (Pallance Dladla) must be the snitch. So they decide to move up their timetable, take out Thulani, and kill Shoes upon their return. What follows is a series of ego-driven missteps leaving a bunch of people dead before culminating in a riveting standoff of cops versus robbers back at the base. With absolutely no honor amongst thieves, the body count continuously increases towards a carefully choreographed climax that utilizes every nook, cranny, and level the warehouse possesses; the main question mark becomes whether Chili will choose greed or brotherhood when things turn sour. Marsh crafts a despicably dark environment full of tsotsis salivating at the prospect of their cut. Morality is virtually nonexistent as side deals and rash decisions are made before, during, and after the heist. There’s some effective humor mixed in courtesy of Matsemela’s Slim; truck guard Moses (Daniel Hadebe) adds an unflappable sense of honor and pride in his job thanks to personal tragedy; and Makoe paints his ruthless villain Skroef so coldly evil that he makes the rest almost seem compassionate. The aesthetic may indulge in a few too many flourishes—especially during the theft—but the mounting suspense leading towards the meatier action upon their return makes up for it. The criminals effectively chew the scenery, Chweneyagae and Mtshali inject humanity along with much-needed crisis of conscience, and the energetic fun never stops.

iNumber Number played at the Toronto International Film Festival. One can click below for our complete coverage and see the trailer above.