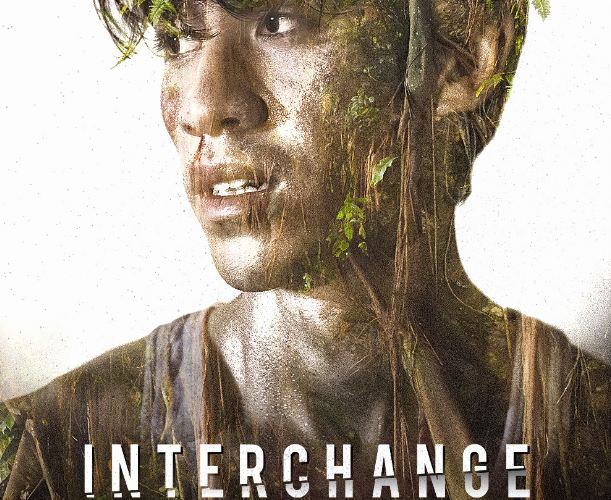 Something’s happening in Kuala Lampur—something that cannot be explained. Deaths in the vein of Bryan Fuller’s gorgeously ornate displays of murder from “Hannibal” have arrived without any leads or earthly reason. Detective Man (Shaheizy Sam) jokes that his forensic photographer needs to see a witch doctor after collapsing at the scene of the first body, but he may not be far off the truth. Adam’s (Iedil Putra) spell was odd, conjured by the light or power of a glass negative found underneath the suspended cadaver covered in rare bird feathers and external veins. The second body had one too and the effect remains the same. Something about these killings is calling to him. Adam wants to just sit it out, but fate has other ideas.

Dain Iskandar Said‘s Interchange is a nightmarish noir on dual planes of existence: our contemporary world of law and order opposite a spiritual one of trapped souls seeking escape. It’s therefore no surprise Adam is targeted. He took a photo of the crime scene and in a tribal sense stole whatever soul was left of the victim. This is what he does; even the down time spent in his apartment is through a viewfinder on the balcony overlooking his neighbors’ windows. It’s here that he spies Iva (Prisia Nasution), a beautiful woman engaged in some sort of ritual with a knife. She sees him watching her, but only smiles knowingly in reply. We instantly recognize that she’s probably involved as a result. Adam and Man must discover how.

The search for answers adds some eclectic characters including Adam’s photography developer uncle, a woman glassworker, and a mysterious man named Belian (Nicholas Saputra) with only four fingers (the pinky and ring ringers are fused into a longer digit culminating in a sharp nail). Said doesn’t always mask their motivations as far as who the murderer, accomplice, and innocent are in the equation because the real purpose of the film is to fall into the shamanistic fantasy forcing them into those positions. The glass negatives depict people that look eerily similar to ones we’ve met despite at least a century of time passing between them. They lead Man and Adam to the source, but they aren’t harmed (too bad). The victims are targeted, purpose existing behind the gore.

Interchange proves a genre, cultural, and religious hybrid as it continues. Noir makes way to horror, modernity to tribal tradition, and mysticism to Catholicism if only from the names Adam and Iva (Eve). The dialogue is Manglish with English words popping up now and then in its Malaysian creole formed by a mixture of languages and slang while even Belian’s deformity predicts a transformation of sorts as worlds are obviously colliding alongside philosophies. It’s an intricately woven tapestry allowing its graphically flayed bodies to appear beautiful rather than macabre. Without blood or guts the intricately hung dead become statuary, their formation and display a reverent memorial and not a show of strength or psychopathy. The meticulous work cares not for our world. It honors the past.

To talk more about plot would be giving too much away, so I’ll leave its unfolding to the film. All you really need to know is that Adam’s caught between life and death, career identity and compassionate humanity, and at its simplest distillation Man and Iva. He’s needed to do his job despite it compromising his health and possibly making matters worse. The murders begin to increase and the tension of who’ll be next has us wondering just how specifically planned everything has been and will continue to be until the end. Adam delves into the subtler aspects of the case by deciphering clues while Man engages physically with entities beyond his strength to combat alone. A side will eventually be chosen as the plan reaches its apex.

Amidst the heavy drama and life versus death themes posed by Said and his trio of co-writers (Redza Minhat, Nandita Solomon, and June Tan), there also exists a welcome humor that shines through Adam and Man’s relationship. The photographer is definitely someone the latter’s detective has taken under his wing as a brother, chiding him and cajoling him out of hiding despite a doctor’s order allowing a longer leave of absence. And when a moment of truth arrives Man can’t help but pause to think about the ramifications of his actions. To see them laugh together is to understand the respect they share—a crucial piece to the puzzle considering the leeway allowed and decisions made to end up where they do at the climax.

It’s not the easiest film to comprehend so definitely come ready to read between lines and peer beneath the surface. Take a leap of faith as Said opens a new world where violence is sacred and murder a vehicle for freedom. I’d even recommend watching Embrace of the Serpent first to get a feel for this idea of tribal seclusion opening to western ways because that elegiac document did help add clarity to the old versus new dynamic in effect here. In some regards Interchange is very much about the past adapting to the present in order to survive its narrow-mindedness while the present simply looks to leave the past behind as archaic and savage. Cultural heritage is fighting to reclaim what modernity stole in the name of progress.