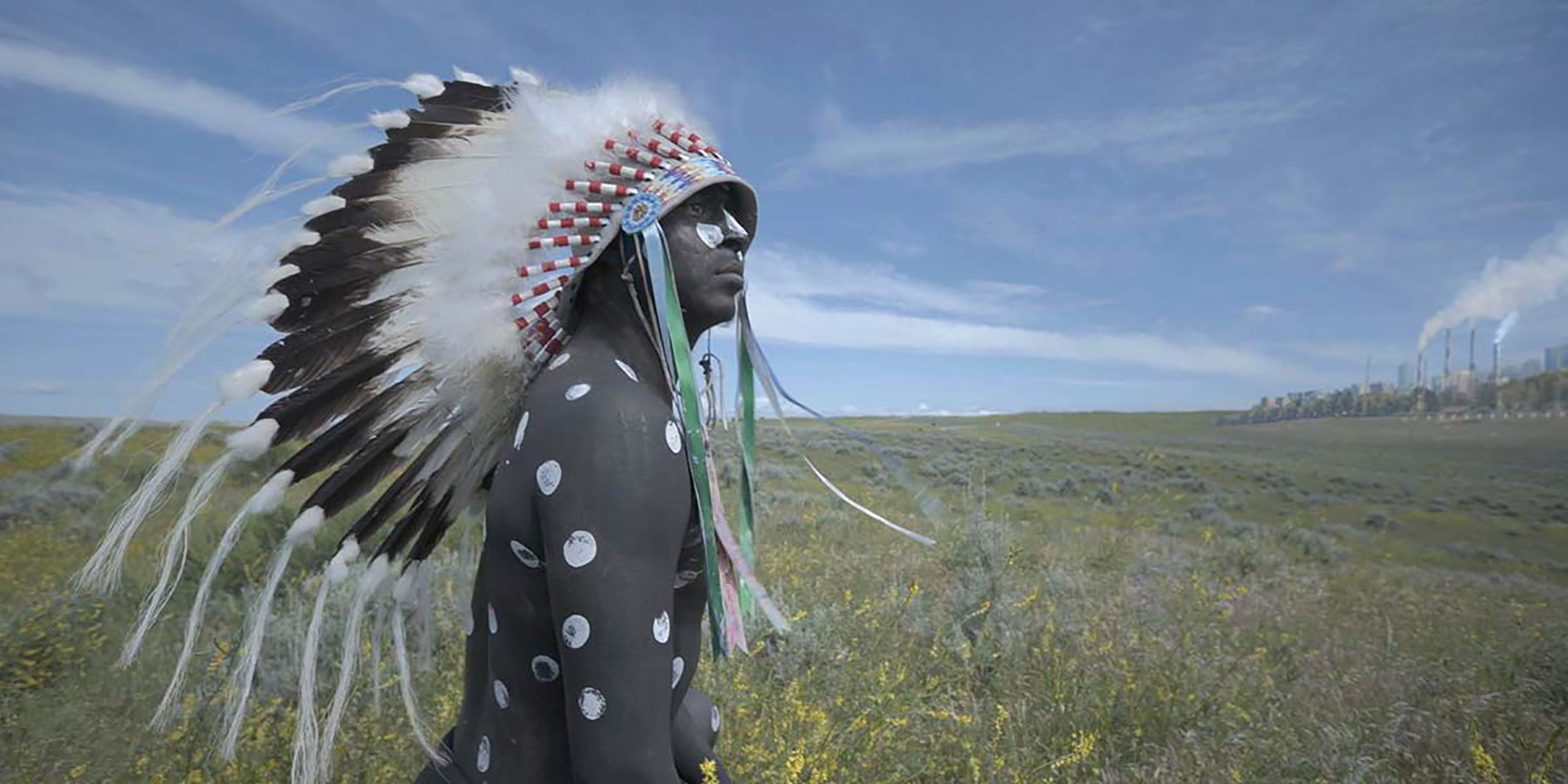 As author Thomas King states near the end of Michelle Latimer’s feature-length documentary inspired by his novel of the same name, Inconvenient Indian: “The problem has never been ignorance, but arrogance.” White, Christian colonialists can only say that their ancestors didn’t know any better so often before the words prove meaningless. Whether or not their actions towards the indigenous populations of North America were malicious in intent becomes inconsequential once the case for the pain and suffering wrought is made. The moment they saw the result of their bid for assimilation should have been the moment they stopped, apologized, and moved on. That they didn’t only proves how those actions were even worse than malicious. They might have instead been committed with an unrepentant indifference towards the cost.

Utilizing the old folk tale of a vain coyote (European settlers) and the ducks whose feathers he prized (Native Americans) as analogy, we listen as King elucidates his point via airtight intellectual discourse. Latimer adapts his words, illustrates them with archival footage, and complements the whole with multiple contemporary indigenous figures who’ve chosen to use their own voices as a means of reclaiming the culture and identity that was stolen these past one-hundred and fifty years. It’s unfathomable to think that they are only two generations removed from the mission of their ancestors thanks to the swift indoctrination of their parents. What once instilled pride suddenly begat shame to the point where any attempt at reclamation is now met with opposition inside their communities as well as out.

There’s Alethea Arnaquq-Baril bringing attention to her people’s ancient art of face tattooing. There’s Kent Monkman painting gorgeous canvases that depict the horrors afflicted upon his people by those who sought to rip children from their mothers’ arms in order to erase their connection to tradition through re-education. Add Steven Lonsdale hunting in the ways that his grandparents’ generation did to provide food to his community and Carman Tozer bringing today’s youth out into nature to see the beauty that their land has to offer and we get to see natives doing everything they can to keep their heritage alive. They’re using the resources of their assimilation to reverse the trend and become visible again as people beyond the “noble” and “savage” stereotypes Hollywood fed the masses.

We learn about stories. We learn about language and how its existence is intertwined with its peoples’ culture. There’s the fallacy of old documentaries by white filmmakers, the desire to inject identity into new technological advances, and the appropriation of myth as aesthetic chic. Latimer takes us through a wealth of insight and opportunity while working towards the inevitable clashes between tribes and governments that still wage today despite treaties and promises made over a century ago to show it has always been about land. It’s therefore no coincidence that she includes uncensored footage of Lonsdale killing and skinning a seal. She wants us to reconcile the fact that such natural depictions of the circle of life are nowhere near as violent or grotesque as police beating protestors.

We can’t let them be—no matter how vehemently those doing the beating try in earnest to disagree. It goes back to King’s thoughts on ignorance, thoughts that prove meaningful in so many situations driven by bigotry whether against indigenous populations, across racial divides, or targeting different religions and/or sexual orientations. Ignorance is a tool used to diminish a victim’s capacity for anger. It’s a weapon used by present wrongdoers to absolve the wrongdoers of the past and therefore set the stage for wrongdoers of the future to do the same for them. They want to shift the blame to those who have been forced to overcome unspeakable trauma for not “getting over it” while blatantly continuing the abhorrent practices they say have long since ceased.

That’s why King’s work, and by extension Latimer’s expansion upon it, is so essential. Not only does it provide their people a window into understanding what happened and discovering the means to counteract it, it also documents the tragedy from a first-hand perspective removed from the sanitized version of history Anglos have cemented as mainstream truth. Because if no one on either side of the issue is able to remember, an entire way of life will have been eradicated. Christianity will have achieved its goal of dismantling a legacy by way of greed and the arrogance to think it had a duty to do so. Therein lies the inconvenience of survival. Surviving to teach indigenous children their birthright ensures that colonialists won’t steal anything else without a fight.