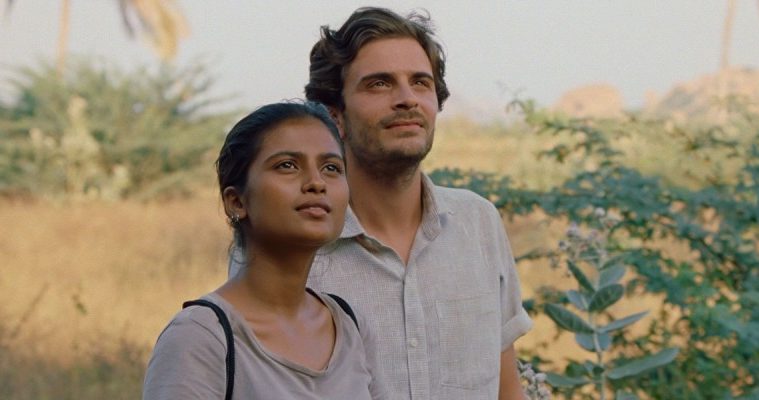 Mia Hansen-Løve has carved a unique career for herself as a filmmaker of tacit sensitivity and stories on the margins of more familiar ones. Eden traversed the well-worn story of a rise-and-fall musician by having him never truly rise in the first place; instead exploring the tragedy of a young DJ talented enough to make it a career but not enough to become as big a success as he needs to before his trend of music is over. Hansen-Løve’s ephemeral sense of structure makes it feel like a decade floats by (his friends and family moving on, creating lives) while he’s stuck in a slow-motion spiral of pain and sacrifices so that his life can remain static. Things to Come pulled a similar trick taking the existential mid-life crisis that is forced upon its central character—due to an unexpected divorce, and her obsolescence at home and work—and mining it for the subtle freedoms and rebuilding opportunities of no longer defining yourself by your responsibilities.

With Maya, Hansen-Løve finds herself applying that skill (of carving out the distinct within the broad) to more questionable territory, evoking a tired cinematic trend of the restorative, mystical quality of India for passing Westerners with its narrative of French war reporter Gabriel (Roman Kolinka, a Hansen-Løve regular), recently returned home after months of captivity in Syria, struggling to regain a sense of normalcy and opting to recover in Goa. The 32-year-old Gabriel associates the location with his estranged mother and childhood, and in his attempts to recapture some of the magic it holds in his mind through refurbishing the house he used to live in and visiting with his godfather, Gabriel soon finds himself struck by the college-aged Maya (Aarshi Banerjee) who carries with her an offer of a different path forward.

Now, there’s a lot going on there that plays much worse in summary than it does in the details. Hansen-Løve directly interrogates a few of these tropes, her way of navigating them with awareness and intimacy. She also has the ability to locate real history and emotional truth in the gradual acquisition of (seemingly inconsequential) details and moments over time. Her approach mostly manages to keep Maya out of the more troubling ideas implied in the premise. First and foremost is the idea of the “magical” quality and expectations of a place. “It’s just another beach,” Gabriel remarks late in the film to Maya, having lived his entire life dreaming of a beach his mother told him about as a kid, a place it’s implied that is what attracted his mother to abandon him for Goa. It’s a realization that the romantic quality and meaning of locations (and often people) are completely subjective, beholden to a certain, ever-changing point-of-view and time.

It’s a powerful moment, one that comes after a blur details putting us firmly in the headspace of Gabriel as he wrestles with what life outside of war reporting might possibly look like for him. There are multiple scenes of him assessing spaces he’s about to spend time in, for example, that at first come off as routine (like his frequent shaving) but soon take on a sadder quality as they are the only hint of what his captivity must have felt like, and how a simple gesture of opening a series of windows and doors provides comfort to him. Compounded by lush photography and carefully calibrated performances, Maya intimately renders the crushing and rehabilitative power of memory, taking hazy, elusive feelings and bringing them into the realm of the tangible.

However, by locking us in so tightly with Gabriel (which is where all the best moments come from), Maya does find itself leaving the people in his orbit mostly underdeveloped; his kind, well-adjusted co-worker (given brief bursts of life from the great Alex Descas) mostly used as a reminder of the previous life he maybe hopes to return to; and even Maya herself is treated as a bit of enigma beyond her value as a companion. Luckily, Aarshi Banerjee is able to discover meaning in momentary glances and motions, her modulation of the repeated mocking of Gabriel (“ou la la”) and interests in community history–combined with Hansen-Løve’s lyrical passages of time–directly evoke growth. It’s a unique counterpoint to the film’s melancholy ending which takes Nick Cave’s bittersweet “Distant Sky” and has it seemingly serenade Gabriel’s incapability of such growth, suggesting a strange sorrow that comes with knowing what he wants.