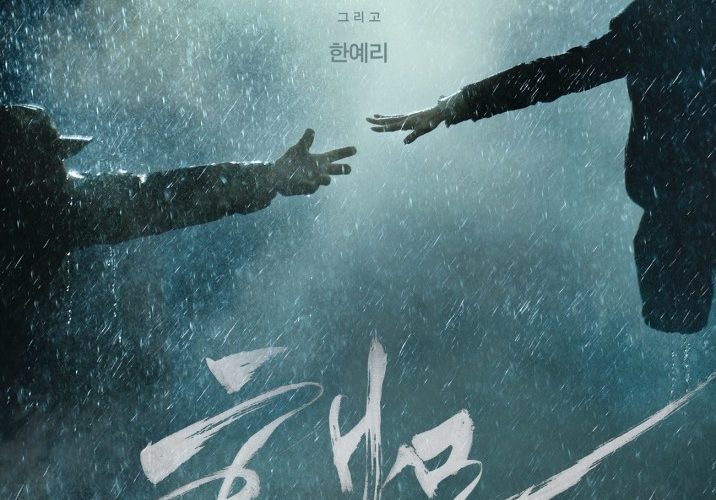 Haemoo is an effective moral thriller that immediately mirrors the best work of its co-writer and producer Bong Joon-ho. What starts as slow and straight-forward goes south quickly, raising the stakes drastically as difficult decisions are made — first for profit, and secondly for survival. Opening with a near-fatal, yet tone-setting accident on a fishing boat, Kang (Kim Yoon-seok) is a captain in a very difficult position. After a series of bad luck and poor financial decisions he finds himself over extended, unable to secure a bank loan to sail the ship as a legitimate cargo operation. Turning to the mob, Kang quickly finds himself in a moral dilemma: rather than leave his crew high and dry he reluctantly agrees to smuggle a group of Koreans leaving China with the promise of asylum in South Korea.

Treating his new occupants like cargo leads to inherent conflicts, including the most disturbing strand of the story when a freon leak provides disastrous consequences. At the heart of the moral delema is our hero Dong-sik (Park Yu-chun), a young sailor learning the ropes. He’s fallen for a pretty young immigrant Hong-mae (Han Ye-ri) and has already landed on the boss’ radar. At port he’s told to go get a room because doing their business on the boat is considered bad luck. Foreshadowing, check. Mirroring Bong Joon-ho’s latest feature Snowpiercer, Haemoo manages to be an effective thriller as well as a socially conscious heritage film. Set in 1998 amongst an IMF crisis fueling the need for cheap labor, it is ripe for additional commentary. Directed by first-time filmmaker (and Bong collaborator, having co-written Memories of Murder) Shim Sung-bo, the thriller elements simply deliver. What starts as an atmospheric maritime drama commenting on social class amongst the seaman (and their cargo) grows ugly. When their cargo expires, the crew is commanded to embark on the ugly business of disposing bodies and possessions. Along the way there are tense moments, disagreements and discussions, while all the while we genuinely care about Dong-sik and Hong-mae as innocent bystanders.

Both atmospheric (its title in English is translated to Sea Fog) and claustrophobic, the thriller is expertly lensed by cinematographer Hong Kyung-pyo (Mother, Snowpiercer) and tensely paced by editors Kim Sang-bum and Kim Jae-bum. The influence of Bong is apparent throughout the film, yet Shim’s direction is top notch and a text book example of misdirection. While the film’s first act never quite lets on just how horrific things will get as the captain (and crew) go down with the ship, Shim’s direction grows more confident as he expertly delivers genre thrills and moral dilemmas. While it flounders a bit early on, Haemoo evolves into an exceptional thriller while Park and Han create memorable characters going above and beyond their role: they think, feel and fight back.

Haemoo screened at TIFF. See our complete coverage below and the trailer here.