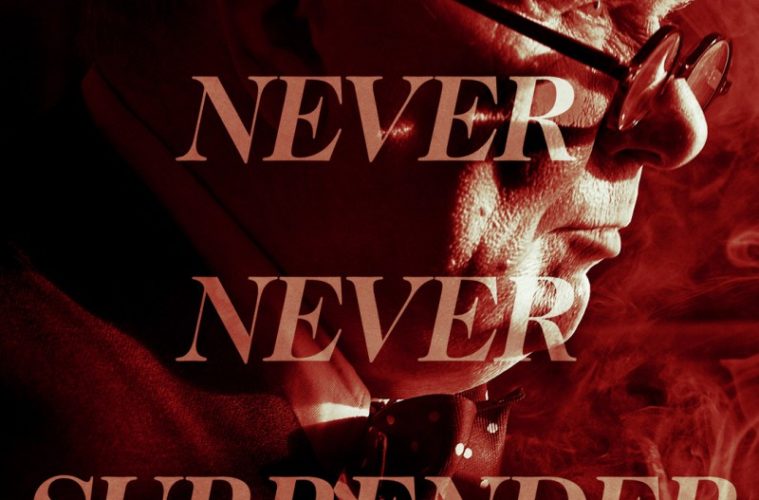 TIFF Review: ‘Darkest Hour’ is a Self-Parody of the British Prestige Picture

Let’s get this out of the way: Darkest Hour is pure, uncut Oscar bait that goes through every bullcrap great-man biopic platitude imaginable in its two-hour runtime. The reason to rush to such a harsh judgement is perhaps because it’s so damn hard to understand the actual reason for making this film in the first place other than racking up gold statues. If Christopher Nolan’s Dunkirk received a small segment of backlash a couple months back for being “Tory porn,” then rightfully expect double that for this self-parody of the British prestige picture. Though, ultimately, the film is too anodyne an experience to really get up in arms at for its certainly out-of-time, out-of-place politics.

Proving that maybe we’re not so much seeing a reboot of the End of History period that spawned all the World War II movies of the late ’90s and early naughts as if we never left it, Darkest Hour is essentially The King’s Speech II. Featuring director Joe Wright on “good behavior” doing his best Tom Hooper, the film is far less ostentatious than his previous works, rather leaving all the showboating to the worst performance of Gary Oldman’s career, a Winston Churchill impression that plays out like a procession of award-show clips. If anything, though, this writer thought less of Churchill through the film and more of Jon Voight’s camp-classic performance as President Franklin D. Roosevelt in Pearl Harbor. At least not bothering to present Churchill’s whole life, the film opens in 1940 as Neville Chamberlain (Ronald Pickup) is being ousted as Prime Minister, leaving Winston Churchill to step up to face Hitler and defend Britain. This mostly plays as a rabble-rousing conservative fantasy in which it comes down to the powerful individual to single-handedly steer the course of history through his iron will, though with a few detours into screenwriting-class-approved self-doubt. The most egregious of all is a subplot regarding war cabinet member Viscount Halifax (Stephane Dillane) trying to steer them towards peace talks with Hitler for his own political gains, certainly there to remind you that, with every shouty platitude, Churchill is definitely not a four-letter word lobbied by the alt-right.

Yet again, retrograde-for-2017 representations of history could at least be forgiven to a degree if the form was there. If you need a reminder that Joe Wright is totally phoning it in, look no further than the glimpses we actually do see of battle: computer-generated bombs dropping on London that mostly evoked memories of seeing the trailer for The Imitation Game.

While Wright’s style is still maybe a tad more accomplished than most of his BAFTA-approved contemporaries, as at least visible in small victories like the blocking of actors, he still can’t manage to actually make the “chamber drama” too exciting. Most of the doting on Churchill’s domestic life is him being flanked by Kristin Scott Thomas as Clementine Churchill in a performance sure to get the token Best Supporting Wife nomination. Though mostly it’s a shame to see all these close-ups of Oldman’s saggy, prosthetic-adorned face and get the sense of a great actor not being able to communicate the self-importance so thrust onto him.

Darkest Hour premiered at the Toronto International Film Festival and opens on November 22.