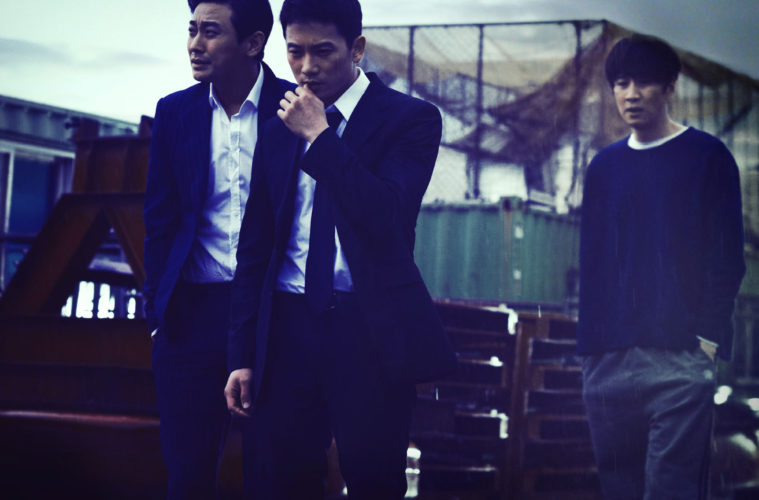 When someone says that they will do their best, the expression is meant as a kind of assurance. No matter what, it seems to say, you can rest easy knowing that you have my full energy and intention towards a favorable outcome. The problem inherent in this statement is that one’s best will always be tempered by whatever failings they possess, and in some cases their best effort and intentions may be poisoned by their shortcomings.

Confession, the debut film by South Korean writer/director Lee Do-yun, looks at the way in which intention and character collide, painting a portrait of human interaction that is at once generous in spirit while unflinching in observation. It creates a harrowing, twisted situation in which no one ever intended to do wrong by their friends, and yet still managed to harm the people closest to them. The film begins with three friends stealing their diplomas from their middle school so that they can skip the graduation ceremony and have a special event of their own. They scale a mountain and try to take a picture at it’s highest point, and the interaction between them in these scenes establishes their relationship handily. Min-soo (Lee Kwang-soo) is the butt of every joke and desperately relies on the approval of his friends. Hyun-tae (Ji Sung) is an independent spirit and does what he can to temper the borderline-malicious actions of In-Chul (Ju Ji-hoon), who treats Min-soo like a punching bag and has a callous disregard for the property and feelings of others. Following a life-threatening accident, the three boys become stranded, unsure that help will arrive.

Help does arrive, however, and when we are reintroduced to the characters they are all young men. Each of them has chosen a path that varies wildly and yet completely organically from their compatriots. Their professions and, indeed, their very lives seem irreconcilably disparate, and yet they remain close friends, the interaction between the actors selling their decades-long friendship in an instant. They are a joy to watch together, and their scenes at this early stage in the film are wonderful and enchanting to behold. Thus, when a scheme to stage a robbery ends in tragedy, the way in which their various parts in the plot put them at odds becomes heartbreaking at the same time that the film becomes a study in tension-building. It is clear at the outset that Lee is a director with impeccable formal skills. His compositions are clean and precise, at turns breathtaking and unnerving in their execution. At the same time, he is not afraid to let the camera roam and explore, creating dynamic moving tableaus that never feel hermetic or stale. This is a lived-in world, and through his use of setting, character action, and a keen eye for detail, Lee is able to speak volumes about his characters, giving us insights into their personalities and states of mind before anyone has spoken a word.

With so much attention to detail it is easy to imagine how this film could have become airless, yet, as with the visuals, the story and the plot never for a moment feels as though it is being allowed to coast. Twists and turns abound, and thanks to the wonderful dynamic between the three key players and their perfectly organic integration into the beautifully colored and conceived compositions (special mention here for cinematographer Yu Eok) the film feels alive and vital. A real humanist beating heart lays at the center of this ostensibly clockwork mechanism of tension and suspense, and it makes all the difference in the world. Few thrillers could make the stakes feel this high, and few character pieces could create an emotional tapestry this tight.

Through this film the world has discovered something special in Lee Do-yun. Here we have a writer and director who seems instantly at ease with every level of the craft of filmmaking, yet who is also in tune with the things that motivate humanity to be thoughtlessly cruel and surprisingly selfless. He’s a writer capable of creating a fully-realized world around three wonderfully rounded and deep characters, and a director who managed to create a compelling and exciting work of pure visual style without sacrificing the heart and soul.

Confession screened at TIFF. See our complete coverage below and the trailer above.