TIFF Review: Causeway is a Reminder of Jennifer Lawrence’s Strengths 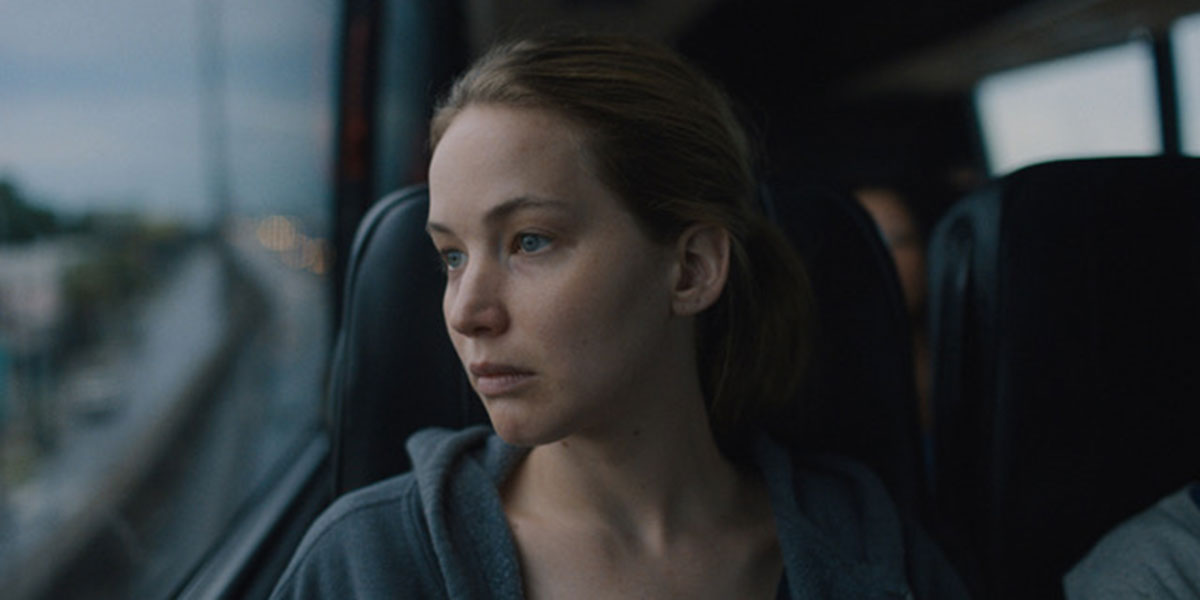 It comes as a bit of a surprise to see how jarring Jennifer Lawrence’s presence is in Causeway, her new film directed by first-time filmmaker Lila Neugebauer. A subdued character drama about a soldier recovering back home after suffering a brain injury in Afghanistan, it marks both Lawrence’s return to playing a central character since 2018’s Red Sparrow (unless you want to count her part in 2021’s ensemble Don’t Look Up) and her most grounded role in an even longer time. Go back to the mid-2010s and you’ll find her playing a Russian spy, a mutant superhero, a metaphor for mother nature, and (scariest of all) trapped in outer space with Chris Pratt, which might explain why it takes some adjusting to see her as a regular person trying to rebuild themselves. It’s a welcome and savvy move: Causeway serves as a reminder of her strengths, which rise above the lackluster material she’s working with.

Lawrence plays Lynsey, an Army Corps engineer who suffered a brain bleed after her truck drove over a bomb while on duty overseas. After rehabilitation she’s sent back home to New Orleans, opening her to old wounds she used the army to run away from. She stays with her mother (Linda Emond), gets a job cleaning pools, and works on getting better in the hopes to redeploy, despite protests from her mother and doctors. She eventually crosses paths with James (Brian Tyree Henry), a mechanic who lost a leg in a car accident, and the two form a bond.

A key problem with Causeway is that its screenplay (by Luke Goebel, Elizabeth Sanders, and Ottessa Moshfegh) leans on familiarity to speed along its narrative and characterization. For some reason Lynsey’s situation doesn’t get any explanation until past the first act, a period of withholding that character dramas have done many times. It’s an arbitrary layer of mystery designed to keep viewers hooked, and rather than draw people into the film it creates some morbid guessing game. Or the times a seemingly innocuous interaction gets interrupted by a reminder of the past (here it’s Lynsey breaking down after her brain injury makes her drop a snow cone). These moments lend a staid quality to the film, and as much as Neugebauer and cinematographer Diego Garcia dress up their images (an emphasis on negative space around Lynsey shows her distance and isolation), Causeway invites comparison more than contemplation.

This leaves the cast to do most heavy-lifting, and for the most part it’s a respectable effort. Lawrence functions as a blank slate in her ongoing recovery process, which she plays well—the performance gradually reveals more nuanced emotions as her character begins opening up and confronting emotional trauma. But the bigger surprise is Henry, who brings a casual charm to James and a self-awareness of his dynamic with Lynsey, him taking on the role of a veteran offering advice to Lynsey as she learns how to live post-tragedy. There’s an odd-couple quality to the pairing, being their connection is defined more by similar past circumstances, and Henry seizes upon that to make their growing friendship one of the strongest parts of the film. It’s lucky that Neugebauer has such strong talent to elevate what she’s working with, as it helps rescue Causeway from a forgettable collection of indie-drama cliches into something more respectable.

Causeway premiered at the Toronto International Film Festival and opens on November 4 in theaters and on Apple TV+.