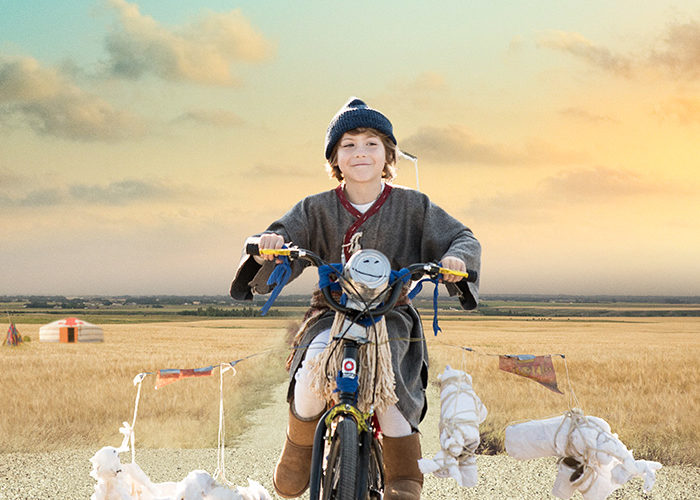 Many films deal with the aftermath of a family death by becoming about how their characters live with the pain — it changing them into different people. Some distinctly show them living despite it instead. Rather than depict Connor (Marton Csokas) and Alise (Vera Farmiga) as the death of their baby girl just ten months prior consumes them, Jordan Roberts’ Burn Your Maps portrays their desire to move on after their transformations are complete. They’re searching for a future they hope exists but cannot yet see. They’ve dealt with grief already (at least they’re frustrated enough to believe they have), so now it’s time to embrace the life that remains. While their son Wes (Jacob Tremblay) readies for what this entails, we’re still uncertain if they are too.

But don’t think this story is one steeped in heavy drama from start to finish without room to breathe. Roberts’ script — written from an original idea by Robyn Joy Leff — is also very funny. Even though Connor and Alise experience some intense battles with their psychiatrist (Valerie Planche’s Maureen) about intimacy, emotional struggle, and patience, there’s enough of a sense of humor to also laugh at their shrink’s inability to wear shoes. And while they deal with their new selves reacclimating to each other and what it means for them as a couple, Wes follows suit. He’s not romantically involved or saddled with a job and responsibilities, though. All he has is his identity, one that’s failing courtesy of the massive turmoil surrounding him. It’s time to escape.

How he does it proves both quirky and profound. A class project wants each student to come dressed up as an ancestor to speak about their culture. Rather than embrace his Jewish heritage to honor the recent passing of his grandfather, Wes decides to reach deep within his soul for an identity completely removed from his DNA. But it isn’t just a matter of pretending to be a Mongolian nomad through costume and toilet paper lambs. No, he is Mongolian. He found a photo of a young boy his age in the desert and it brought a genuine smile to his face for the first time in months. That place is his home, an oasis removed from the suffering currently endured underneath his roof.

Alise, herself in search of answers as her desires, energy, and hormones have been shut down psychologically and chemically through medication, embraces his fantasy. Connor does not. He sees it as a delusion that could alter him beyond recognition–something he believes may have already happened to his wife. She feels stifled by his constant desire to make things right and he feels underappreciated that no one is willing to help ensure their issues are resolved. Unbeknownst to both is the fact Wes has also told Alise’s ESL student Ismail (Suraj Sharma) about his Mongolian dream. Being that this Indian immigrant is an aspiring filmmaker, he has an epiphany to create a crowdsourcing project to send Wes “home.” The fantasy quickly becomes reality.

So the majority of the film takes place in the sun as Alise, Ismail, and Wes roam the land in search of lambs and kindred spirits. They acquire Virginia Madsen’s retired nun Victoria along the way and hire American-transplant Ramon Rodriguez’s Batbayar as tour guide. There’s less physical adventure than emotional, them meeting a nomad family inspiring all to either realize what they want or fall prey to desires long-since dormant. While they’re away Connor is left to his own devices back home (Taylor Geare’s daughter Becca is conveniently gone on a ballet trip for the week). He begins to seriously consider that his marriage if not love to Alise is officially over. Everything gets burned with the maps to see what rises from the ashes.

For every sweetly endearing (you could call it saccharine if you want) moment such as Wes using YouTube knowhow to help deliver a baby lamb is a boisterous chuckle like his being chased by his nun teacher. For every touching instance of understanding like Ismail relaying the why he left home for “not belonging” is a devastatingly powerful exchange of emotionally-charged fire. I honestly teared up more than once and often by an exchange between or concerning Alise and Connor. Wes is obviously hurting too, but he’s found an outlet they haven’t. All they have is argument, resentment, and guilt. How those manifest is heartbreaking in its authenticity with Farmiga and Csokas proving a deft ability to dig deep and project their characters’ resonate pain.

Stereotypical periphery players like Madsen’s sage adult and Rodriguez’s tempting distraction to play off Farmiga while Tremblay and Sharma goof off lessen Burn Your Maps‘ impact, but much of it hit me straight through the heart. It’s hardly subtle, but it’s also never excessive. The family’s bottled-up grief is raw and unpredictable in perfect measure, buried beneath enough self-deception and -sabotage for an earthquake to divide them when they need alliance most. It’s super cute to watch Wes embrace his Mongolian soul, but that specific culture wasn’t chosen merely as a lark. As two shamans later express (one of which is played by little-seen of-late Jason Scott Lee), the time for acceptance and repair has arrived. Life is never lost. Sometimes you simply forget where to look.