‘Thief’ Hits Criterion: Michael Mann and the Cinema of Flow 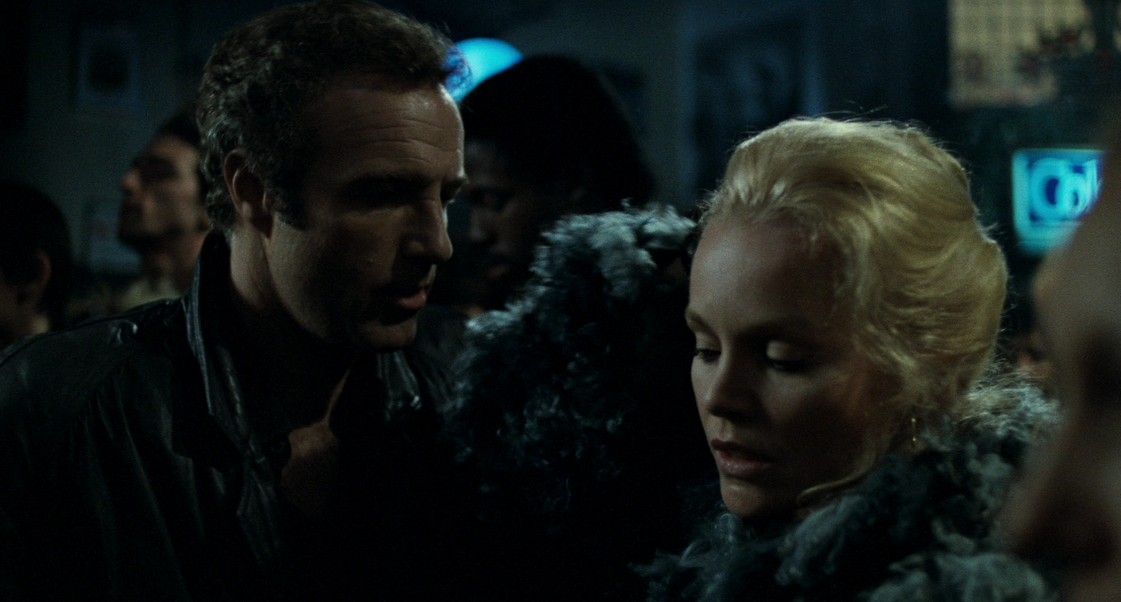 Thief is a film of flows, one both about and made through them. Because cinema is essentially a medium that communicates the flows of movement over time (even Warhol’s Empire is based on what we see moving), thinking about this might seem a little too broad. The German film theorist Siegfried Karcauer noted his interest in cinema for showing the “flows of life,” here referring to an interest in everyday movement that has been captured in reality as opposed to being designed by a director. But Thief’s flows are, often, of a different nature — they are more attuned toward an elemental sense: the flows of light, water, metal, and more. This is what embodies Thief, now out in a spectacular Blu-Ray from The Criterion Collection, and, in particular, what embodies the larger oeuvre of Michael Mann.

Ignatiy Vishnevetsky describes Thief as the “first film of the 21st century.” While the claim may be overreaching, within it there rests a certain truth. Thief, on its surface, is the genre movie its title would imply: a film about robbers mostly designed with the “one last big score” thread so many classic crime movies also bear. But the way it operates from shot to shot is something of a completely different nature. It could be called expressionistic, but that term is too broad for the visual interests at play; instead, it follows the beauty of grime, giving a particular sense of both a city always in motion and the men who flow within it. Mann is less interested in what will become of Frank, played by James Caan in an unnervingly stoic performance, than how he will get to an endpoint. The aesthetics drive the narrative — Mann observes Frank’s work like an artist in a gallery, and so, too, does Frank himself. When he sits down after breaking into his most complicated vault yet, he takes out a cigarette and simply stares at his own accomplishment. He has no interest in the loot which his colleagues go for — only in the beauty of the flows it took to get there.

For articulating emotions and feelings through physical actions, Mann has often been described as a “bodies in space” director — one, perhaps, in the company of Michelangelo Antonioni and Claire Denis, or, for more comic approaches, Jerry Lewis and Jackie Chan. His point of separation from these others is not just the choice of a crime narrative, but a more elemental approach to articulating bodies against their backdrop. Cities are thought to be organized and coherent; Mann sees them as a space of impressionistic details. When his bodies are static, he emphasizes the landscape around them as a moving canvas — the flows of Lake Michigan have a Monet-like impression when two shadowy figures foreground the frame, and when Robert Prosky shows up as Leo, the small-time gangster who will force Frank to work for him, his face stands like one of the wavering lights in the background of the frame. (Screencaps taken from MGM’s old, shoddy DVD can’t properly illustrate the film’s beauty, which Criterion have more than fully restored with their Blu-ray.) When the cars move (and move intensely), his camera emphasizes how neon reflects off the hood. Thief‘s two heists are primarily shot through close-ups of a drill and then, later, a special blowtorch breaking through metal walls; Mann emphasizes these extremes because he’s interested in a viewer seeing the movement of material — those tiny bits of metal which spew out from the drill and the array of sparks which blast from the blowtorch. When one character gets blown away by a shotgun, Mann’s camera lingers not on the blood stain it creates, but on how the body moves as it’s shot before hitting the ground (something true of his underrated 2006 film Miami Vice).

Mann’s interest in this sort of aesthetic comparison would be best seen through The Driver. Walter Hill’s 1978 film has what is, in part, a very similar set-up, but watching the two films are very different experiences: Hill’s film is concrete, cemented, assured, one where everyone knows the score and acts according to a certain predetermined life, complete with images that are pointed, direct, and straight. This is not what we get from Mann: Frank may be a stoic figure (both recall Melville’s Le Samouraï), but he moves in a different way. He gets antsy and emotional; he’s clearly unstable, in some ways. In the film’s best scene, he takes his girlfriend, Jessie, to a diner and shows her a collage he’s made of his dream life. The collage may be a bit tacky, but it’s reflective of Frank’s mind: sporadic, messy, all over the place, for Frank is only centered when in his art / profession.

The misfortune for Frank is that this is not a way of life he can escape. Thief is a tragedy: even though the hero doesn’t die, he learns he can never live. Frank is trapped in the way of life he’s created for himself, a life that requires him to constantly be on the move, to never settle down into something stable and recognizable. He tells Leo he doesn’t want an investment for his work but cash, and Leo does not deliver when the time comes. When Frank tries to get out, he is, instead, tortured and threatened; Frank realizes he must live within a flow, within instability. It’s key that one character’s body is placed in a vat of boiling water — Mann’s own liquid version of “ashes to ashes, dust to dust.” Frank’s choice is one of many Mann protagonists — they lead lives that are constantly in motion. This is, perhaps, what separates the Mann professional from the Hawksian professional he is often compared to, as Howard Hawks’s protagonists always have a home among their communities and peace within their uncertainty. Mann’s protagonists cannot, so Frank does the only thing he can do: incinerate the dream and be left as alone as he was at the start of the film. When he tells Jessie of her new life, his voice is almost robotic; he subsumes his entire emotional being in a second as Mann registers it with the camera, recalling the famous line from Heat: “Don’t let yourself get attached to anything you are not willing to walk out on in 30 seconds flat if you feel the heat around the corner.”

That the 21st century is defined by transitions and transitory senses of being — a world where things exist in motions and flows that no longer depend on the sense of concrete time — would explain Vishnevetsky’s quote about Mann as a 21st-century filmmaker, for he has made these states a primary interest. The digital is about a certain flow; mechanical images captured, for a moment, in space and time, each frame referring to a particular moment of here and now. Mann’s films instead concern themselves with how things can never be captured. One cannot freeze an image in Mann’s film — they are built for motion, a Terrence Malick eye for the urban landscape. In Thief, images are never static; they flow.

Thief is now available through The Criterion Collection.