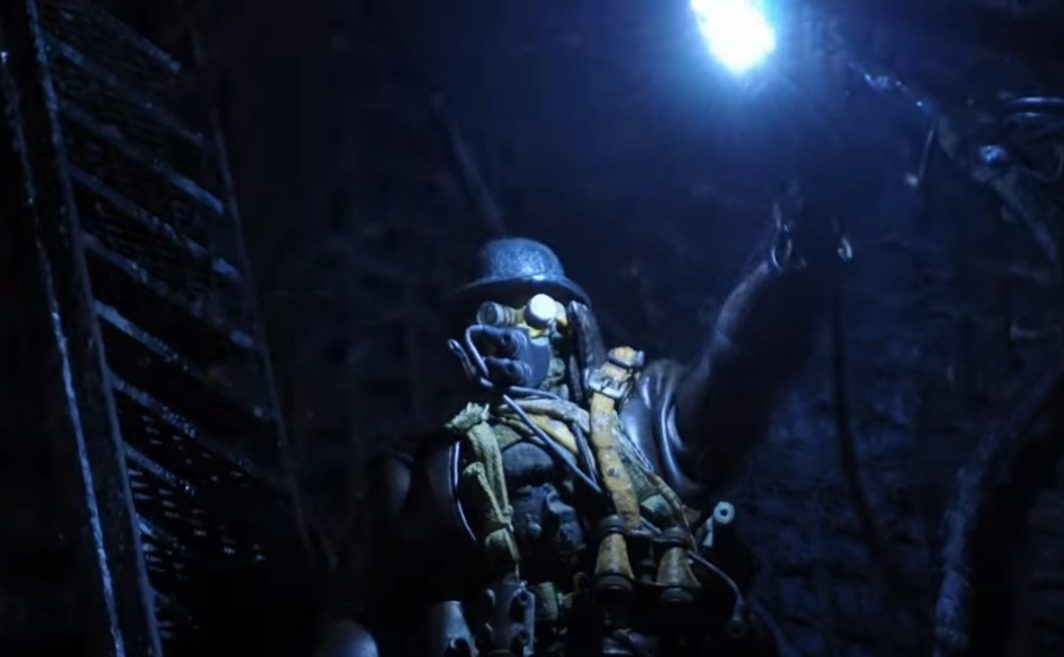 With his work on Star Wars, RoboCop, Jurassic Park, Starship Troopers, and many more, the Oscar-winning Phil Tippett has come to define the landscape of visual effects for the past many decades––particularly on the now-rare practical side of filmmaking. For years Tippett toiled away at Mad God—the first attempts at work begin work in the early ’90s—and found it a successful premiere at last year’s Locarno. The film is now set for a release on June 16, courtesy Shudder, and we have a theatrical trailer.

As our own Rory O’Connor said out of Locarno, “For better and worse it carries the scars of that bizarre production—a film clearly stitched together over so many eras and through so many hands. With shifts in styles, tones, and image clarity, and a glaring back and forth between animation and human performance, the experience is nothing if not jarring. The film is in essence a Frankenstein’s monster. That should be taken as a compliment. It is a unique achievement; a mad opus from one of American cinema’s liveliest minds.”