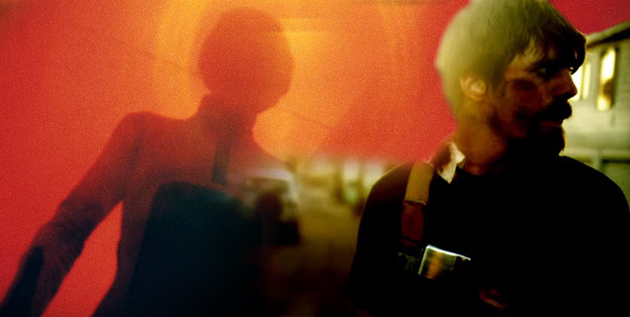 There are few things more exciting in cinema than witnessing the birth of a new talent. We’ve covered the breakthrough performances of the year and now it is time to get behind the camera. Every one of our favorite directorial debuts bowed at film festivals, and while some sadly don’t even have distribution or release plans yet, these are 10 talents to keep a keen eye on in the coming years. Check out our countdown below and let us know your favorites.

What a shame that this never found distribution. Jaffe Zinn’s first outing as a director is a delicate, moody anti-mystery that takes conventions of the “murdered teen” story and spins them on their head. Thanks to quiet language and contemplative direction, this ranks as one of the best independent films I saw in 2011. – Nick Newman

9. Beyond the Black Rainbow (Panos Cosmatos)

Combining an amalgam of vertical slices from a wide range of influences, Panos Cosmatos‘ debut feature film Beyond the Black Rainbow is an orgy of sci-fi cinematic style. Easily one of the most visually creative films of the year featuring ominous deadpan performances, candy colored cinematography and a wickedly surreal soundtrack of ambient textures, BtBR is an experience like no other. Cosmatos, whose very name evokes wonder, instantly creates a moody atmosphere filled with reflective homage to classic sci-fi and horror films. And while at times it may not seem completely coherent, there is a religious like layer of deeper symbolism and metaphor that forcibly elevates the complete effect of the film, making it the year’s trippiest mind f*ck. – Raffi Asdourian

Operating with a level of confidence equal to that of Wes Anderson in his splendid debut Bottle Rocket, Max Winkler offers a coming-of-age tale involving a twenty-something (Michael Angarano) in need of getting his heart broken and the thirty-something beauty (Uma Thurman) who does the breaking. Also featuring scene-stealing turns from Reece Thompson, Jake Johnson and Lee Pace. – Dan Mecca

The key to The Guard is that it doesn’t take itself too seriously, which eventually leads to it’s climax being all the more poignant. Brendan Gleeson offers up a wonderful performance as the unorthodox cop in rural Ireland, and is ably supported by Don Cheadle as the American officer assigned to work with him, and Mark Strong as the wise-cracking villain. The jokes are certainly not mild, but nor do they have any false pretensions, and there are many hilarious moments. This is a hugely entertaining and rather unique spin on the “good cop, bad cop” movie. – Jack Cunliffe

Joe Cornish is positive proof of how a newcomer director can be truly confident with his debut feature film. The filmmaking prowess of his debut Attack the Block is amazingly headstrong, seamlessly balancing humor with action-horror like a seasoned vet. It also possesses one of the trickiest and most important traits for a film to feel special and treasured for years to come: heart. With an uncanny ability to extract fantastic performances from a troupe of fresh-faced teenagers, Cornish is a cinematic force to be reckoned with, brimming with clever ideas and humorous dialogue that even attracted the attention of Steven Spielberg, who hired him to help write The Adventures of Tintin. – Raffi Asdourian

J.C. Chandor’s feature debut has undeniable power about it. Revolving around the 24-hour period in 2008 when the Wall Street crash hit, it shows just how ignorant many of the individuals behind it actually were. It also makes the astute observation that the further up the chain you go, the less the person actually knows about the numbers involved. And one thing that supports the film well is the fact the viewer doesn’t need to know anything about stocks to be utterly absorbed. Compelling dialogue and a sublime ensemble cast make this understated thriller well worth a watch. And who knows? Maybe you’ll have a little more sympathy for the bankers too. – Jack Cunliffe

Far too often have we seen stories of teenage love be turned into twee little tales of growing up, learning, and, yes, Getting By. Submarine stands out because it treats the audience with respect, asking them to work with a complicated lead and rewarding with a true work of art. Richard Ayoade handles everything with an adroit touch that balances on that all-too-thin line between comedy and tragedy. As the film suggests, they can sometimes be indistinguishable. – Nick Newman

Never has a romance been so brutal. Peter Mullan and Olivia Colman anchor longtime actor Paddy Considine‘s brilliant first film, each offering performances that are at once hard and soft. Despite the tough subject matter and even tougher character arcs, Considine stays true to his tale, and produces a wholly singular viewing experience. – Dan Mecca

There really is no reason why Bellflower should work as a movie. I mean that as the highest compliment. The film mixes violent dreams, sweet romance, seething jealousy and furious anger in a fantastical fever dream that only jells together because of the deft hand of writer/director/engineer Evan Glodell. Aided in a small part by his own performance as the film’s lead, he daringly shows us the countering extremes that live inside all of us in a beautiful and terrifying way. It’s a film that, months after seeing it, I still cannot shake. – Mike Anton

There are debuts that are quietly auspicious, debuts that are extravagantly acclaimed and then there are the debuts that are a strange hybrid of the two. Sean Durkin’s Martha Marcy May Marlene lands in that rare territory. A character study of young woman recovering from the psychological scars left by her time spent in a cult, Durkin treats this story with subtlety and restraint, completely free of easier histrionics. Between that tonal modulation, the narrative finesse of the cerebral editing and the dreamy-yet-confident gaze of the camera, Durkin creates a first feature of unparalleled sensitivity and insight. – Brian Roan