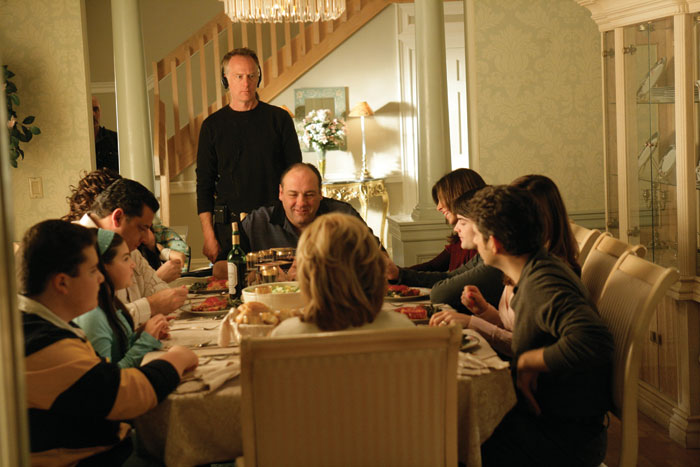 It was earlier this year we learned that, following in the footsteps of Sex and the City and Entourage, another HBO series is getting the movie treatment: The Sopranos. Rather than taking the form of a sequel, considering its lead star has passed away, the film will be going the prequel route. After scripting The Many Saints of Newark, which takes place in the titular locale back in the 1960s, David Chase won’t be stepping into the director’s chair himself, but rather reuniting with director Alan Taylor.

While he hasn’t had the biggest success in Hollywood, taking on Thor: The Dark World and Terminator Genisys, two franchise lows (though we’ll certainly hear arguments when it comes to the latter), Taylor is certainly comfortable in the world of everyone’s favorite mafia family. He earned an Emmy directing “Kennedy and Heidi,” the sixth season episode which found Tony killing off Christopher, and also directed a handful of other episodes, including the penultimate episode.

Hopefully this presumably smaller scale with a textbook he knows all the rules to, so to speak, will be a strong fit for Taylor. As for the prequel’s setting, it was a tumultuous time in New Jersey as Italians and African-Americans clashed and the gangsters fought it out in deadly ways. In terms of which characters from the original show may return, it was reported:

The time period indicates there will be room for Tony Soprano’s father, Giovanni “Johnny Boy,” the former captain of the Soprano crew (played in flashbacks by Joseph Siravo), and a younger version of his wife Livia (played indelibly in the show’s first season by Nancy Marchand), and Tony’s uncle Junior, played by Dominic Chianese.