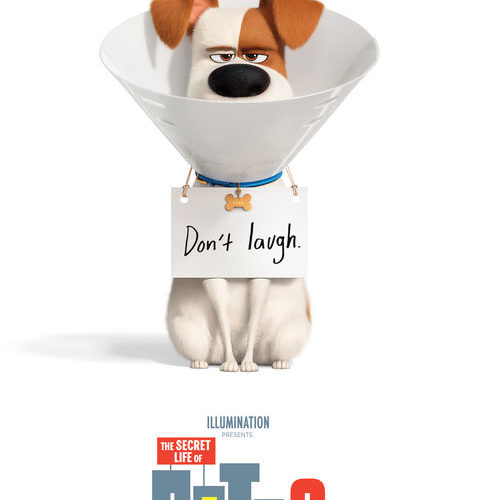 Illumination missed the boat on The Secret Life of Pets because the way they’ve told these stories thus far make them a lot more conducive to television than cinema. If that first film’s sprawling character list devolving into wild schemes and pratfalls barely adhering to the flimsy plot beneath wasn’t enough to prove it, composing The Secret Life of Pets 2 into three very disparate subplots forced together at the climax is. Moving to a long-form narrative format would supply breathing room to focus on one or two animals at a time while the others exist tangentially in the background until their episode arrives. We could follow Max (Patton Oswalt replacing persona non grata Louis C.K.) and Duke (Eric Stonestreet) one week and Gidget (Jenny Slate) the next.

You wouldn’t have to pretend everyone’s motivations align in contrived and often ludicrous ways simply because each has limited screen-time in an 86-minute feature. I will give screenwriter Brian Lynch and directors Chris Renaud and Jonathan del Val credit, though, as far as learning from their predecessor’s more general structural issues wherein its exposition and main plot were at odds (look at how fun it is to watch these pets deal with the solitude of an owner-less home and bask in that simplicity before record-scratching to an outdoor adventure of kinetic hijinks and vengeance removed from the high-concept theme we had been sold). They skip past the Toy Story as pets expository hook completely and delve straight into a morality play centered upon everyone overcoming his/her fears. Thread one sees Max and Duke going to their owner’s uncle’s farm while the former deals with increased anxiety stemming from the introduction of a lovable human baby. Thread two concerns Gidget failing to watch over Max’s favorite toy and needing to recover it from a cat lady’s apartment full of feral felines who won’t give it up. And thread three highlights Snowball’s (Kevin Hart) embrace of domesticity by donning his young owner’s spandex superhero costume and unwittingly letting his hero complex embroil him in newcomer Daisy’s (Tiffany Haddish) clandestine mission to free a circus tiger. Max must conquer his fear of the baby getting hurt, Gidget must find the fortitude to go behind enemy lines, and Snowball must become the savior an abused animal needs to survive.

We therefore go back and forth between them as they learn a defining lesson about courage. The shifts are much less distracting than the first film because we’re firmly able to treat each character as the lead of his/her respective journey rather than fractured parts of a single whole. This also means a lot of the pets we met three years ago have been removed to help streamline things. We don’t have to worry about periphery players like the “Flushed Pets” or the comic relief asides of poodle, fish, or hawk. Chloe the cat (Lake Bell) is still included as the resident feline expert (Gidget will need her to covertly infiltrate her target) while Pops (Dana Carvey), Mel (Bobby Moynihan), and Buddy (Hannibal Buress) each appear when convenient. While the messages taught to Max, Gidget, and Snowball are relevant to the youngsters watching, they aren’t delivered perfectly. Snowball’s is the scariest and perhaps most impactful because it puts his chaotic energy towards something good (saving a desperate stranger) when it had been channeled into evil (working to kill humans). Gidget’s is fun if paper-thin thanks to throwing herself into a volatile situation by using dog/cat clichés to wonderful comedic effect. But despite Max’s trajectory being cutely endearing as his protective nature to coddle little Liam thaws to realize the toddler deserves space to grow (and he deserves his sanity), having it arrive in the form of a Boomer (Harrison Ford’s farm dog Rooster) berating a Millennial to “Be a man!” probably wasn’t the soundest direction.

The filmmakers surely thought they were providing a nervous character the means to be brave, but the optics of doing so in this gendered and aged way can’t help feeling misguided in today’s world. Dressing Snowball up as a princess before having him declare how great he looks is a nice contrast (especially considering the problematic history between Hart and homophobia), but Max and Rooster’s relationship isn’t just a throwaway gag. No, it’s legitimately a wizened old-timer of a man’s man curing a sensitive member of a much younger generation with tough love bordering on abuse. The idea that Max participating in therapy can be “fixed” by Rooster slapping his “crutch” away before telling him he’s fine is extremely bad. “Buck up!” isn’t the catchall we need. It’s also not the only way to tell that part of the story. Snowball’s drive to be heroic has a very similar endgame and yet he’s allowed to discover that power from within. Rather than let Max do the same in a way that enhances his sensitivity, Lynch and company stifle it. And while some will say it’s a kid’s movie and I’m reading too much into it, I’d argue the opposite. Because where kids who align themselves with a brash showoff like Snowball will feel emboldened by his savior streak to do the right thing, those who see themselves in Max are being fed a narrative that says they’re doing something wrong. Even Gidget grows through addition by augmenting her potent determination. Only Max grows via subtraction.

This is an unforgivable detail within a film that’s otherwise innocuously forgivable. I do think it’s improved upon the original insofar as relying on narrative cohesion (episodic or not) above random acts of pandemonium. I still believe having three episodes of television to focus on one character at a time is the better way to go, but their convergence upon Snowball and Daisy’s adventure is authentically drawn regardless of convenience. For the most part this series has been enjoyable fluff with good morals underneath zany scenarios (although nothing here is as unforgettable as the first’s surreal sausage scene). If not for the blight that is Rooster and Max’s dynamic, I’d have given The Secret Life of Pets 2 a slight edge. With it, however, I must stop short.