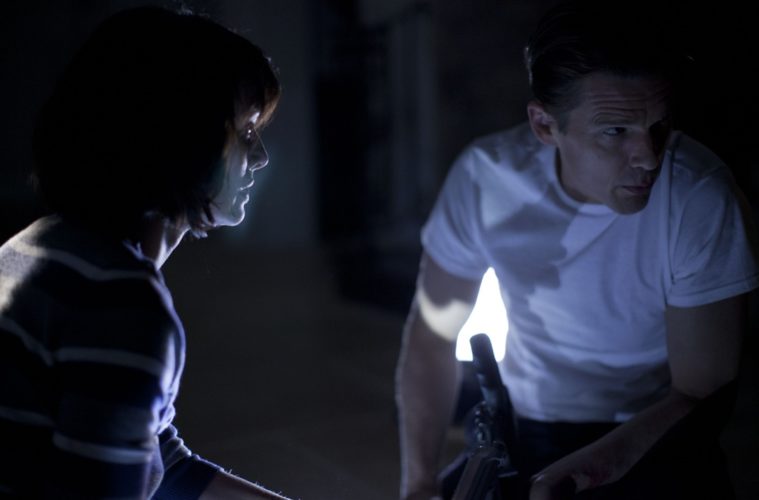 ‘The Purge’ Trailer – Will Ethan Hawke Survive One Night of Crime-Filled Chaos? A week after he appears in our favorite film of the year thus far, Ethan Hawke will continue his horror kick with another entry into the genre. Last year saw the actor team with Paranormal Activity‘s Jason Blum for Scott Derrickson‘s Sinister and now the duo are back together for The Purge and we’ve got the first trailer today.

Coming from Assault on Precinct 13 and The Negotiator writer, James DeMonaco, Hawke leads the high-concept horror/thriller which asks what would happen if America let anyone commit a crime for just one night a year. It’s an intriguing idea for a film which seems to take place in just one house, so hopefully Blum & company can nail it. Check out the trailer and poster below for the film also starring Lena Headey, Rhys Wakefield, Max Burkholder and Adelaide Kane. If on one night every year, you could commit any crime without facing consequences, what would you do? In The Purge, a speculative thriller that follows one family over the course of a single night, four people will be tested to see how far they will go to protect themselves when the vicious outside world breaks into their home. In an America wracked by crime and overcrowded prisons, the government has sanctioned an annual 12-hour period in which any and all criminal activity—including murder—becomes legal. The police can’t be called. Hospitals suspend help. It’s one night when the citizenry regulates itself without thought of punishment. On this night plagued by violence and an epidemic of crime, one family wrestles with the decision of who they will become when a stranger comes knocking. When an intruder breaks into James Sandin’s (Ethan Hawke) gated community during the yearly lockdown, he begins a sequence of events that threatens to tear a family apart. Now, it is up to James, his wife, Mary (Lena Headey), and their kids to make it through the night without turning into the monsters from whom they hide.

The Purge opens on May 31st.