The Munsters Review: Rob Zombie Fashions a Wholly Personal Use of IP 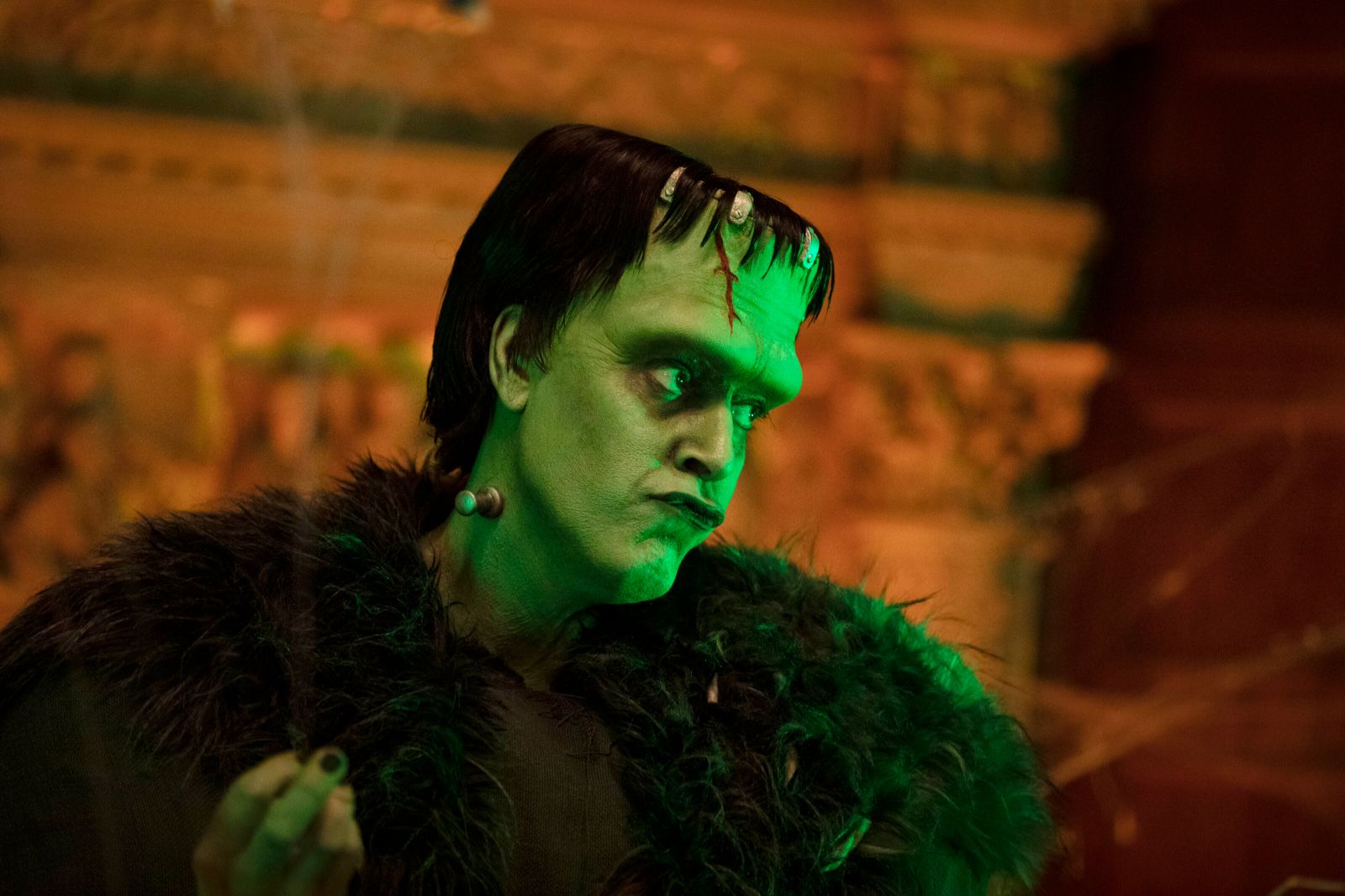 It was hard to picture how Rob Zombie’s film adaptation of The Munsters might play. Would it be, say, a profanity-laden ’70s period piece where Grandpa Munster was a pedophile? Instead we get the heavy-metal horror auteur’s first “kid-friendly movie”––though that is to acknowledge virtually no child would probably be into the longueurs of this oddball exercise.

With no relationship to the original sitcom, I was able to gather that it took on the nuclear family of the ’50s and ’60s, and one imagines the easy subtextual route for a modern adaptation would’ve been the destruction of this so-called unit in the chaotic 21st century. With the tipoff that the childless couple has no little Eddie Munster in this iteration, this is a wholly personal use of IP that almost comes off like Zombie re-telling the story of him and his wife Sheri falling in love through the spectrum of film monsters. Basically being treated by its distributor (is it Netflix? Universal? Peacock?) as an embarrassment, the film definitely plays as something that would be far more likely to screen for friends and family at the Zombie Halloween party instead of going into wide release. Frankly, that is all the better for those invested in his ongoing project.

Our first surrogate is ambiguous ghostly entity-or-ghoul Lily (Sheri Moon Zombie), who lives a lonely existence with her stern vampire father, known as Grandpa (Daniel Roebuck; yes, the Jay Leno guy from The Late Shift), in a spooky gothic castle—until catching her eye on Transylvanian television is the resurrected-from-the-dead Herman (Jeff Daniel Phillips), a science experiment to put the brain of a bad comedian inside a hulking body. And like Rob, Herman initially takes off as a rock star (his and Lily’s initial meeting in a go-go club with them superimposed over each other being a particular visual highlight) but his character is defined by making the corniest joke at every turn rather than bad boy appeal.

With little in the way of narrative outside a real-estate scam subplot, the company of its characters and Zombie’s formal verve are The Munsters‘ selling point. It’s a true case of “your mileage may vary.” Ask yourself how funny you find the running joke of seeing a Frankenstein dressed in different costumes or a Nosferatu dancing to club music—if not, there’s at least the B-movie-friendly Zombie stock players (the most famous probably being Hurley from Lost) who remain good company.

Despite incorporating very cheap-looking digital, Zombie doesn’t skimp on the style, his film caked in garish day-glow lighting, cutesy but self-aware transitions, and fake-looking sets. Essentially there’s a whole world created with limited means. And while it will be argued that Zombie’s talent with aesthetics doesn’t apply as much to pacing scenes––being that at 109 minutes, the elongation of certain sequences and jokes may test the average viewer’s patience––it hurts to think of the film cutting one of its charming tangents, like Herman and Lily’s honeymoon in Paris, a joyous opportunity for rear-projection jokes and more costume changes.

Tellingly, it’s not until the last 20 or so minutes that the characters arrive in the suburban setting of the original series, perhaps promising future adventures. One probably can’t count on it actually happening, but at the very least revisiting this world every Halloween will be a priority for those on its particular wavelength.

The Munsters is now on Netflix.