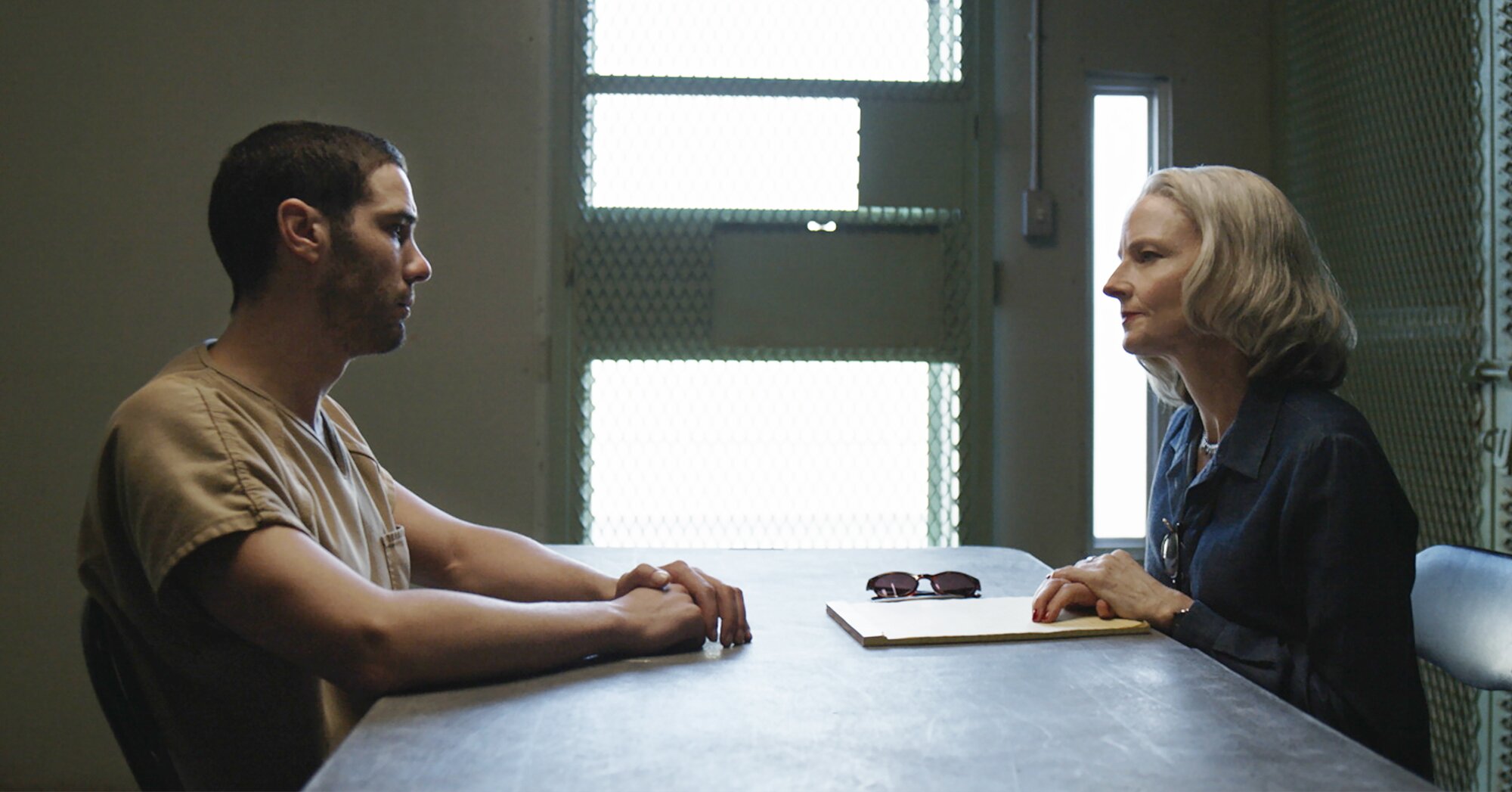 I’ve seen and reviewed many of Kevin Macdonald’s narrative feature films but can hardly remember any of them. State of Play, The Last King of Scotland, Black Sea, and The Eagle––these are movies that exist. But they do so as hazy memories floating around in the “2-star” grey area of my reviewing mind. His best documentaries (One Day in September, Marley, Touching the Void) are only slightly more memorable.

This general lack of impact feels relevant because many of Macdonald’s films are about big topics and themes, including important social justice issues, historical events, iconic figures, and real life tragedies. But his visual style and directorial approach are the epitome of pedestrian, making him one of the industry’s most reliable middlebrow guns for hire.

Nancy Hollander (Jodie Foster) and Stuart Couch (Benedict Cumberbatch) are the staunchly professional and ultimately naïve lawyers at odds over Mohamedou’s case, which is finally about to see a courtroom thanks to the Supreme Court’s 2004 ruling in favor of allowing Habeas corpus petitions by detainees. She’s a leftist ACLU gunslinger who’s being fighting government injustices since the Vietnam War, while he’s the earnest and meticulous military prosecutor with a vested personal interest in ensuring Mohamedou (played by Tahar Rahim) gets the death penalty.

From a procedural standpoint, The Mauritanian explains just enough about the legal process to make it accessible to your college educated boomer without getting too mired in the specifics of jargon or precedent. And as both legal teams spend exhausting weeks jumping through Uncle Sam’s bureaucratic hoops to get the relevant case files and testimony, Mohamedou tries to unpack the horrors he’s recently experienced being tortured by CIA and Military Intelligence officers convinced he was an Al-Qaeda ringleader.

Much of the film’s inherent power resonates from Rahim’s multi-faceted performance, which captures the vulnerability and rage of someone who’s been slowly broken down by the grinding mechanisms of violent coercion. And you can tell this is an actor who wishes he could do more, having worked in the past with a range of talented directors like Asghar Farhadi, Kiyoshi Kurosawa, and Jacques Audiard. But in Macdonald’s hands, Rahim is forced to maneuver sanitary coverage and uncreative blocking constructed to ensure maximum spatial clarity in any given scene.

The Mauritanian’s opening credits make it a point to say that this “is” a true story, not based on one. Strangely, this subtle change in the classic phrasing ends up being its most radical aesthetic decision. Otherwise, the film gives seasoned actors like Foster and Cumberbatch just enough room to flex some scene-chomping muscle, while relegating poor Shailene Woodley to the background in nearly every scene as Hollander’s dopey inexperienced associate.

Rahim, on the other hand, knows this is his film even when Macdonald doesn’t. As with his star-making turn in A Prophet, there’s something burning inside that always threatens to boil over. But here, pacing the open-aired recess cage of a recreated Guantánamo Bay complex, he finds hope in the most mundane moments of solace and fleeting human connection. That’s the sweet spot of everyday memory that no torturer can touch.

The Mauritanian is now in theaters and arrived on VOD on March 2.