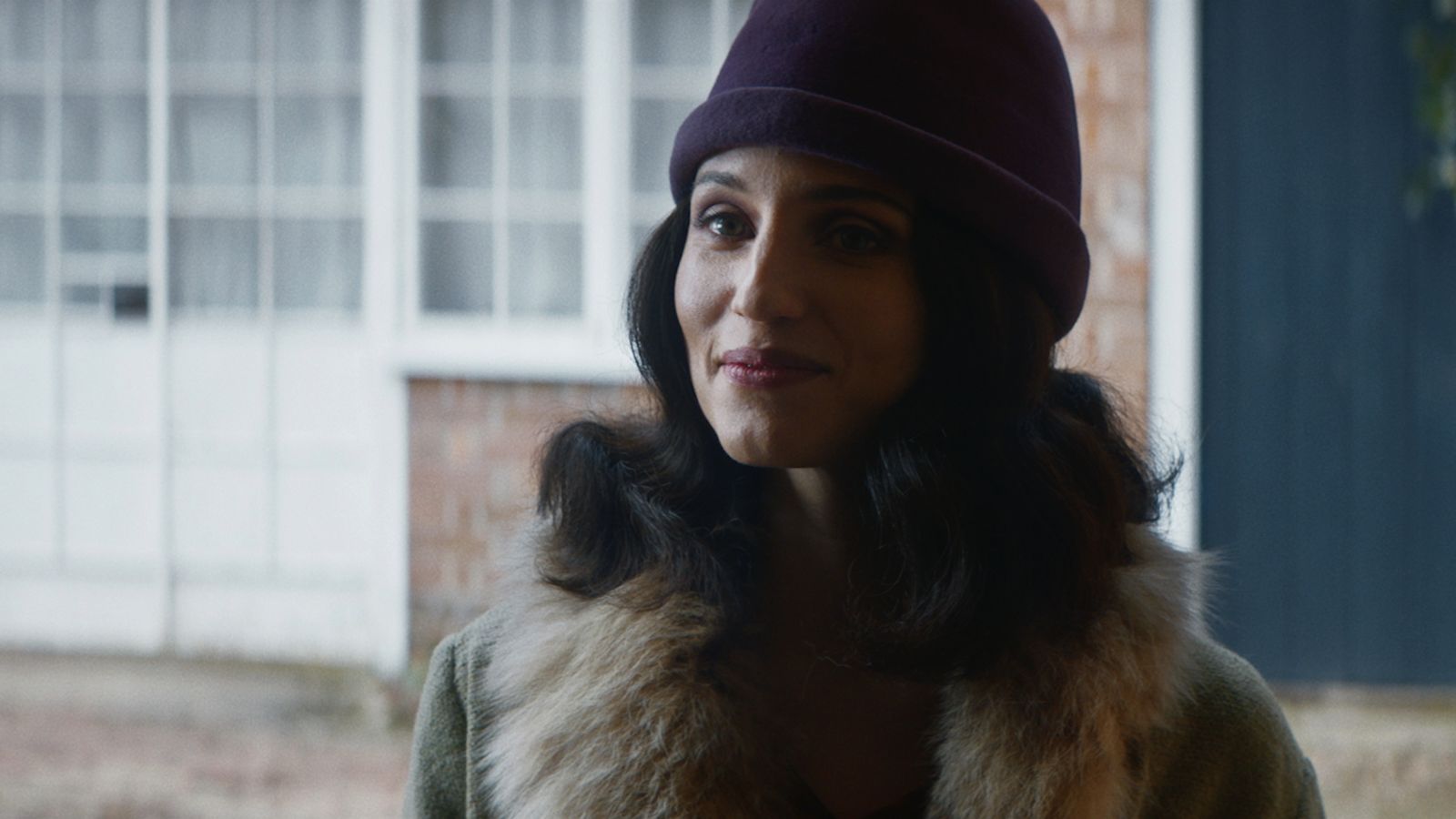 While the structure is fairly standard and its overall aesthetic sometimes appears limited by scope, The Laureate is a solid, heady account of a particularly tumultuous time in the life of poet Robert Graves. Written and directed by William Nunez, the film is set in the mid-to-late 1920s as Graves (a brooding Tom Hughes) battles PTSD after returning from war. In fact, his injuries proved so severe he was presumed dead and declared as such ahead of his return home. Despite a celebrated early career, he struggles to develop new work while withering in a cottage named World’s End. His wife Nancy (Laura Haddock) serves as his sole champion, a progressive voice in her home and larger community.

When Robert comes across the work of writer Laura Riding (Dianna Agron, quite good here), he is compelled to reach out to her. Before long Nancy encourages her husband to invite Laura to come live with them so they can work together. Riding’s arrival brings fast joy to the Graves home, becoming a quick friend to their daughter Catherine and a welcome burst of positive energy for all. Soon enough, Laura ingratiates herself sexually with both Nancy and Robert as well.

Nunez knows what he has in Agron, a spark-plug who breathes fresh life into a film that meanders a bit in its first act. Once Laura Riding enters, it’s her show. The actress (memorable in the recent Shiva Baby) creates an enigmatic character who commands whichever room she enters. As the cracks in her confidence surface (primarily brought on by heavy criticism from a misogynistic literary community), the delicate love triangle begins fracturing. Though Hughes does his damndest to convey the tortured war vet and artist, it’s Haddock who anchors it all and carries the heart of the picture through to the very end.

Without question is this tumultuous time period in Graves’ life a story worth telling in cinematic form. Essentially, The Laureate emerges as a prelude to his 1929 autobiography Good-Bye to All That. And while Nunez delivers nothing quite in the realm of that seminal piece of work, his film contextualizes the Graves’ motivations admirably. He also chooses the right moment at which to conclude, an ability that feels especially lacking these days.

Sporadic voiceover often feels unnecessary, every supporting character (including Christien Anholt as a nasty T.S. Eliot) is woefully underserved, and some of the larger setpieces appear constrained by budget and scale. More essential than these critiques, however, is the central relationship between our three leads, which commands the narrative and never plays as inauthentic. Credit also to Fra Fee, who holds his own playing Geoffrey Phibbs, the Irish poet who turned the infamous “The Trinity” (a nickname for Graves, Riding, and Nicholson’s relationship) into the “Holy Circle.”

One imagines those who know Graves and his work may be left underwhelmed. But for many, The Laureate will serve as an effective primer to what’s becoming an under-covered time in literary history. This, plus Agron’s breakout performance, makes it an easy recommendation.

The Laureate opens in theaters and on VOD on January 21.