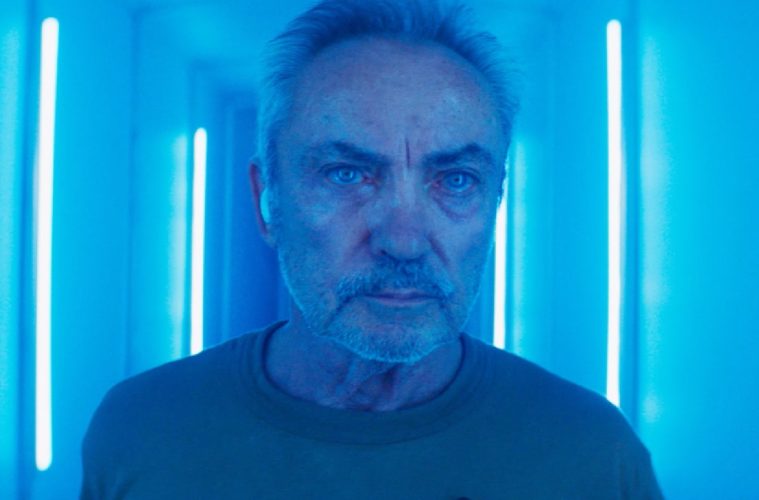 One week before Craig Zobel’s The Hunt finally gets a release, another film looking at the class divide with a genre touch will also come to U.S. theaters. Kleber Mendonça Filho and Juliano Dornelles’s rollicking thriller Bacurau premiered at last year’s Cannes Film Festival and is getting a release via Kino Lorber. Led by Sônia Braga, Udo Kier, Karine Teles, Bárbara Colen, Thomas Aquino, and Silvero Pereira, the new trailer has now been unveiled, which previews the story of a small, lower-class village coming together to fight a band of elite armed mercenaries.

Giovanni Marchini Camia said in his review, “The school in the fictional village of Bacurau, located somewhere in the desert hinterlands of north-eastern Brazil, bears the name of one João Carpinteiro. If the throbbing synth track that introduces the opening credits, the film’s glorious widescreen photography, and the narrative’s Rio Bravo-indebted premise weren’t sufficiently indicative, Google Translate helpfully confirms that in English the name does indeed translate to that of the author of Assault on Precinct 13. Credit where credit’s due, as Bacurau owes a considerable debt to Carpenter–while also taking ample cues from another half-dozen genre auteurs–but in terms of complexity and ambition, this furious political allegory co-written and directed by Kleber Mendonça Filho and Juliano Dornelles (the production designer on Mendonça Filho’s previous features) is very much a case of the students outclassing the master.

See the trailer and gorgeous poster by Alphaville Design below. One can also read our interview with Kleber Mendonça Filho here.

A few years from now… Bacurau, a small village in the Brazilian sertão, mourns the loss of its matriarch, Carmelita, who lived to be 94. Days later, its inhabitants notice that their village has literally vanished from most maps and a UFO-shaped drone starts flying overhead. There are forces that want to expel them from their homes, and soon, in a genre-bending twist, a band of armed mercenaries arrive in town picking off the inhabitants one by one. A fierce confrontation takes place when the townspeople turn the tables on the villainous outsiders, banding together by any means necessary  to protect and maintain their remote community.

Bacurau opens on March 6 in NYC and expands in the following weeks.