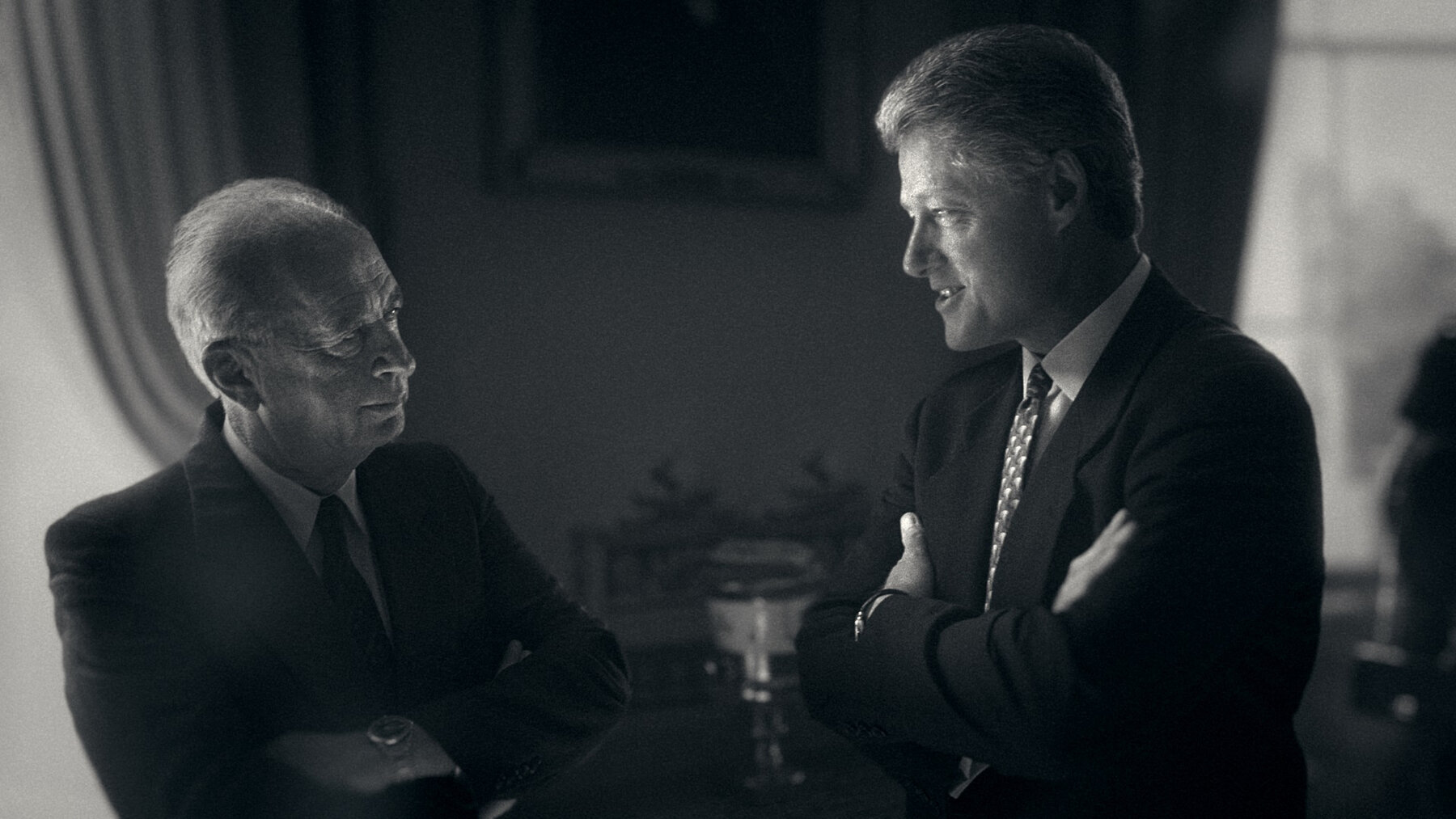 Arriving at an energizing time in American history (the arrival of a new administration looking to reset certain international priorities), Dror Moreh’s The Human Factor, which premiered at a few 2019 fall festivals––a time when Jared Kushner was tasked with solving piece in the Middle East––is an enlightening and engaging look at fragile peace processes the U.S. worked towards since the early ’90s. Israeli director Moreh, whose previous film The Gatekeepers explored his country’s internal security force, again allows subjects to pull back the curtain and speak freely on matters of importance to national security within and outside Israel’s boarders.

Here the focus is largely on American negotiators caught in the middle, often finding themselves negotiating as “Israel’s lawyer,” as interviewee Aron David Miller laments later in the in the film. The negations and steps towards Middle East peace and prosperity aren’t unilaterally tied to U.S. administrations, but rather the personalities of those at the negotiating table. Interviewees along the way provide evidence, e.g. Yaser Arafat’s negotiators being fans of the Jewish-American sitcom The Golden Girls as a means of finding common ground.

This film is a heartbreaking reminder of many false starts, from George H.W. Bush’s secretary of state James Baker’s ability to read a room to the assassination of moderate Israeli Prime Minister Yitzhak Rabin, who publicly envisioned a envisioned a two-state solution. One issue at hand, as we’re told early in the film, is that the notion of the “future” is somewhat different for all parties—some want to move ahead, others want a truth and reconciliation before moving ahead is possible, further raising tensions between Israel, Syria, the Palestinian Authority, and the U.S.

The arrival of the brash Benjamin Netanyahu (himself the subject of Dan Shadur’s comprehensive King Bibi) further inflames things as the Philadelphia-raised and Boston-educated Prime Minister starts making demands of Bill Clinton, who confides his frustration by asking one negotiator “Who does he think the superpower is?”

Moreh’s approach creates a surprisingly comprehensive, if (by design) one-sided, American-centric view of the peace process. Interviews and archival materials have a means of immersing us in the backroom discussion. The particulars of each discussion and attempt at peace, from Washington to Oslo, aren’t necessarily the focus of each scene, but rather what might have been at each step of the way. There’s a certain anger imbedded in the film as it explores the modern history of the conflicts with blood spilled on both sides. A solution that once looked ideal in the 1990s is far from ideal when there is more reconciliation to be done and new personalities at the negotiating table.

The Human Factor opens in select theaters on May 7.