The Hazy Romanticism of ‘I’m Not There’ 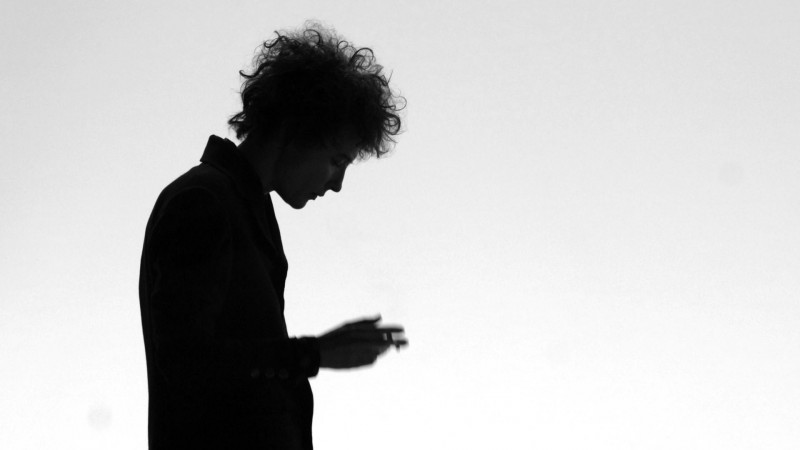 A kaleidoscopic portrait / exploration / celebration / etc. of Bob Dylan’s many contradictions and personas, I’m Not There isn’t the first pseudo-biopic from director Todd Haynes. His debut film, Superstar, unravels the life of singer Karen Carpenter and her eventual, losing battle with anorexia by casting the film with Barbie doll figurines. I’m Not There positions six different actors as variations on Dylan’s ever-shifting personality. From the outside, Haynes’s playful approach to subjects could seem to push audiences away, blocked by a layer of pop-culture-infused romanticism. Instead, he taps into an acute stylistic mind-space, which somehow feels closer to the texture of the real thing than any journalistic portrait could capture.

Dylan fans will recognize countless moments from the life of the guarded singer-songwriter, stitched and embroidered with Haynes and co-screenwriter Oren Moverman’s romantic Dylan-inspired fantasia. Likewise, all of Dylan’s heroes — from Alan Ginsberg to Woody Guthrie to Arthur Rimbaud — pop up, in one hazy form or another, aiming to define the man as an all-encompassing artist, influences worn proudly on his nose. Each passing persona feels less like a narrative gimmick than an essential snapshot moment of Dylan’s creative development, one foot inevitably following the other in turn.

The first incarnation of Dylan’s persona, a young African-American boy (Marcus Carl Franklin), claims to be Woody Guthrie. He rides the rails, soliloquizing to a pair of awe-struck hobos. “This machine kills fascists,” is even written on his guitar case. He’s a fake, madly in love with the songs of the previous generation, singing about trade unions twenty years after the fact. Soon after, variation two, Arthur Rimbaud (Ben Whishaw), is sat on a stool and interviewed by unseen interrogators. The next, a folk singer named Jack Rollins (Christian Bale), appears, as the subject of a documentary — one of two films within the film — discussed by Alice Fabian (Julianne Moore as a Joan Baez stand-in) in almost reluctantly glowing terms. Her own stardom aids his rise to fame, singing protest songs. Rollins later becomes a born-again Christian and pastor, performing under the name Father John.

The second film within the film, Grain of Sand, stars Robbie Clark (Heath Ledger) as Rollins during this protest-song period. On the film’s set, Robbie, a faded copy of a copy, meets and falls in love with Clair (Charlotte Gainsbourg), a French artist. They marry and have children, but Robbie’s career as a movie star draws him away from his family like a magnet, his arrogance stifling everything good in his life. Standing in for Dylan’s relationship with Suze Rotolo, this thread, stirring in its exploration of a decaying marriage, is the picture’s most critical and stinging. Dylan himself wrote a song, “Ballad in Plain D”, that rips open these same old wounds, exposing the seeds of the end of his relationship with Rotolo in 1964. The song is particularly bitter example of Dylan’s work, which he later reflected upon in 1985, saying with regret, “I must have been a real schmuck to write that.”

The fifth persona, Jude (Cate Blanchett), portrays Dylan during the era of D.A. Pennebaker’s Dont Look Back, which follows his 1965 tour of England. An artist in crisis, Jude narrowly avoids getting stabbed by a knife-wielding waiter, hangs out with Brian Jones and the Beatles, and experiments with drugs, all the while evocatively photographed by cinematographer Edward Lachman, beautifully channeling Federico Fellini and Richard Lester.

At one point, Jude takes the stage to perform “Maggie’s Farm” — “going electric,” so to speak. Haynes imagines the scene with machine guns wielded by the band and fired into the audience. It’s one of the film’s highlights, how Haynes structures this cinematic essay in the middle of his narrative. The audience turns on Jude, spitting and screaming. One girl snarls: “I think he’s evil,” while another laments the fact that these very people were once the singer’s biggest fans. “Positively 4th Street” bursts onto the soundtrack with its opening line: “You’ve got a lot of nerve to say you are my friend.” The impact of moments such as this echo through the rest of the film, emotionally grounding the chaos in bluntly human terms.

Lastly, Billy the Kid (Richard Gere) wakes up in a cabin in the woods, where he shelters himself from the outside world, refusing to partake in its unwinnable games, until his dog runs away and he’s forced out into the Depression-era South. Dylan played a small role in Sam Peckinpah’s Pat Garrett and Billy the Kid (not as Billy) but here, the iconic gunfighter is in hiding. When he does venture outside, he sees the world he once abandoned crumbling under his feet. The non-chronological nature of the film’s structure miraculously keeps each plate independently spinning, each subject vividly rendered and defined. Haynes’s threads hold together thanks to cohesive connective tissue, ranging from Dylan’s music (his own recordings and covers, stunningly placed) and psychedelic iconography that at times brings to mind the garish and bizarre transitions between sketches on Mr. Show with Bob and David, which is to say nothing of the fact that David Cross himself appears as Ginsberg.

Repeat viewings lessen the chaotic impact initially inflicted by the film’s structure, in turn revealing a clear thread pulling us through the storm with a magnificent momentum. Dylan’s life, lived in the limelight, is that thread. Haynes both challenges and reinforces preconceived notions about an artist whose image seems as deeply ingrained in the public subconscious as that of Andy Warhol or Marlon Brando. It leaves room for Dylan’s fractured personas to trip, fall, and learn, feelings and opinions changing like a snake shedding its skin. Beyond the subtext, each section drips with enough nuance and wit to engage non-Dylan fans, each persona lovingly realized in the middle of this hurdling montage.

Haynes bookends his narrative with scenes of a motorcycle crash, not unlike the one Dylan survived in 1966 — though Jude does not. As he lies on the slab, the narrator (Dylan’s Pat Garrett co-star Kris Kristofferson) observes: “Even the ghost was more than one person.” I’m Not There offers a sobering and precise depiction of Dylan’s creative evolution, splayed across a half-dozen touching and surreal directions. If he ever momentarily strays into self-indulgence, it’s almost forgivable when Haynes’s tenderness and admiration for the subject is so utterly tangible.